With Jahvid Best suffering from concussion injuries and Mikel Leshoure facing a 2-game suspension, the Detroit Lions are thin at running back. Enter Kevin Smith. He ran for 976 yards his rookie season with the Lions in, but has faced a slew of injuries in his career ever since. Last season Smith shined for Detroit midway through the season before a high ankle sprain derailed him for the year. The Lions will be cautious with No.34 during their third preseason game on Saturday against the Oakland Raiders. Smith believes Detroit’s running back situation will be just fine this season. Kevin Smith joined WDFN in Detroit with Eric Chaseto discuss his current health status, his choice to re-sign with the Detroit Lions, the  Lions’ running back depth entering Week 1, and not regretting the 475 touches he received at UCF during his college career. 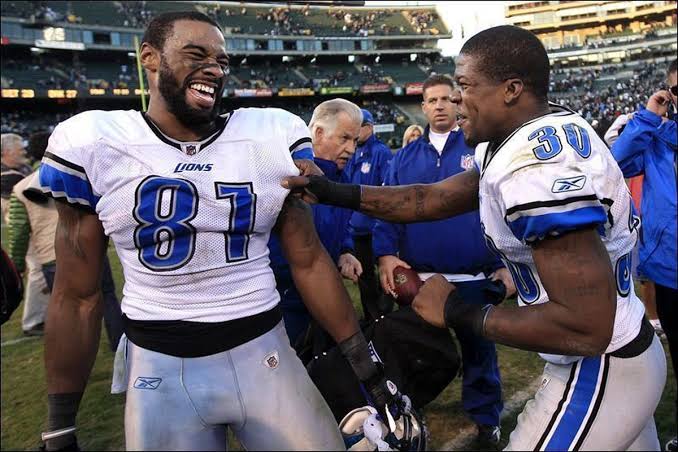 How healthy are you? How do you feel in training camp?

“Well it’s the best I have ever felt. I’m just taking care of my body and just working hard and just blessed to be in this position health wise. I’m feeling excellent.”

Why did you make the choice to come back to Detroit?

“It was just one thing. I got drafted here and I’ve always loved playing for the Lions. I’ve had a love for the city of Detroit since I have been drafted and it was just sort of one of those things where I had some ups and downs in my young career and it’s just one of those things I want to finish where I started. I got an opportunity and I got an offer here and had some offers from some pretty good teams, but I have love for the Lions. I want to finish what I started.”

Jahvid Best isn’t healthy. Mikel Leshoure is facing a 2-game suspension. Why are you confident with the Lions running backs in Week 1?

“We work hard. We work hard as a group and from a fan’s perspective…I don’t know I am not a fan, but I know these guys come. These guys come every day and I am able to see these guys and what we go through. Despite any of the stats you see in a preseason game we actually have been running good in the preseason. We have some good numbers, but at the end of the day that is not going to matter anyway. It’s all about what happens Week 1 and like I said the guys in the room with me in the running back room? We have been working hard. I am firm believer that we’ll have to do what we have to do on the ground and keep on taking hard work and kind of have tunnel vision. It doesn’t really matter what people think. It’s all about what happens on Sunday.”

Do you ever look back and say those 475 touches at UCF caused the injuries in your NFL career?

“That’s one way to look at it. I won’t go back and say I wish I wouldn’t have gotten those carries because that’s how I became the nation’s leading rusher by getting those carriers. I still thank Coach O’Leary to this day. That’s one of the reasons I didn’t go back though. I didn’t go back for my senior year because I just knew I wasn’t going to get that many carries again I was going to get somewhere close to it, so I was told to come out in the draft, but it’s a positive for me. I never look back at anything or regret it. In that situation I’m still blessed to have gotten nicked up or banged up early in my career and being able to persevere from it and face some adversity because I’m strong person and I work hard. It’s taught me a lot of lessons. The biggest lesson in why I’m not having any lagging injuries right now is because I learned how to take care of my body and follow a regiment every day. No matter how hard I’ve worked on the field I still gotta come off and follow the protocol that I’m doing now, which I think will keep me healthy for the whole year.

Cary Williams Says He Didn’t Intend to Shove Official, Who He Says Made the Right Decision