Kevin Mawae: “We will continue to go to the bargaining table until I get something done.”

Kevin Mawae, who is the NFLPA President, is preparing for a lockout and hoping to reach a new deal before the old one expires in March. The NFL is the most successful sports league in the nation, but yet the players and owners can’t come to a compromise on the Collective Bargaining Agreement. The owners voted to opt out of the current CBA back in 2008, saying the deal didn’t account for rising costs, such as those of building new stadiums.  Some key issues still on the table are the rookie salary structure, 18-game schedule, and the 18-game player compensation rollback.  The NFLPA and the NFL owners have agreed upon the rookie salary structure, but the proposal of sending the first $100 million to retired players was rejected.  The owners’ have griped about the rising costs they are accruing each year, but they have refused repeated requests by the NFLPA to show their financial statements.  Does something sound fishy?  It should.  From my point of view, the players have repeatedly been responsive to the requests of the owners but they haven’t received the same from them.  So they will continue to butt heads until they reach an agreement, that’s if they do.  Otherwise a lockout is imminent, which would be a disaster.Kevin Mawae joined ESPN Radio in New York to talk about  what his gut feeling is about whether or not there is going to be a work stoppage in the NFL next season, how he would describe the sentiment between the NFL owners and NFLPA during the CBA negotiations, and if the NFLPA would re-sign the current CBA even if they played an 18-game schedule. 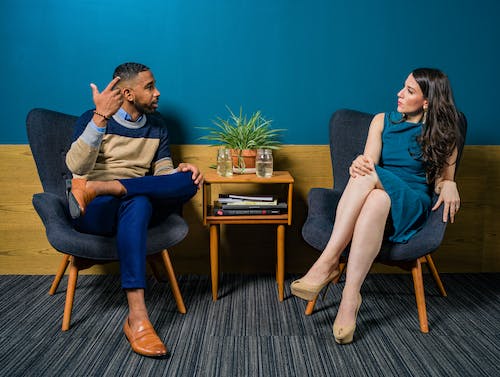 What his gut feeling is about whether or not there is going to be a work stoppage in the NFL next season:

“Well that is such a hard answer because if I said ‘No’ then everybody is going to say, hey come watch us there is not going to be a work stoppage, but my job in the NFL is to get all of the players ready for the worst case scenario, and we all know the worst case scenario is that the owners will lock us out. So we are preparing that there is going to be a lockout but at no time will we ever stop the bargaining process and try to get a deal done. We will work until it is done, at the same time preparing for our guys the worse case. It is just like anything else and we hope to get a deal done. Hopefully before March. And if not, we will continue to work until one does get done.”

How he would describe the sentiment between the NFL owners and NFLPA during the CBA negotiations:

“Things are not contentious by any stretch of the imagination. You know there are issues that are involved and the biggest one for the player is, tell us how what you are asking us to do makes sense. The big three issues that everybody knows about right now is with the rookie salary structure, the 18-game proposal, and for us, the 18 player compensation rollback that they asked to give back to them. Those are huge issues and we have addressed all three of them and each time we have addressed them and none of them have been satisfactory to management. I think the point that needs to be made is that, at no time did we ever ask for any more, never ask for another dime, and never asked to make a cut in the amount of work that we are doing, and those comments that came out just recently about one of the owners, completely balked. Our response to everything is to their issues and proposals. It is not contentious, but it is business and will continue to go to the bargaining table until I get something done.”

Whether the NFLPA would re-sign again with the current deal they are under right now and if the players would want more money if there were an 18-game schedule:

If the NFLPA would resign the current CBA even if they played an 18-game schedule:

“No, because the 18 games is two extra games, that the NFL wants to make it sound as simple as trading two games for two games from the preseason. Well in the preseason, the preseason is not counted in the players’ Paragraph-Five salary to begin with. It is covered in compensation for training camp, per diems and things like that. A training camp game and a preseason game is $1,000 for the whole week of practice and the game, whereas a regular season game we all know is worth a whole lot more than that. But if everything stayed the same and not them ask for 18 games and 18% in salary reduction and things like that, we are like hey its fine, and we even asked them to extend the current agreement now into the 2011 season to give everybody more time to come up with some sensible solutions and they turned that request down. So the players have not asked for one thing in return with the exception of counter proposals that they have asked us to give them.”