When it comes to the NBA, there is nothing of certainty right now and the future is rather cloudy as well. Rules may change, the salary cap may change, and it’s unknown if the league will be forced to miss any games this upcoming season. However, the Minnesota Timberwolves are still conducting business in their organization. Despite not knowing what the future holds, the Timberwolves decided to fire head coach Kurt Rambis yesterday. While he had been in limbo for quite a while and speculation was running rampant anyway, the timing seems questionable and the decision does as well. Even though Rambis went just 32-132 in two seasons, including 17-65 this past season, the issues in Minnesota are hardly his fault and he took over a team in the middle of a rebuilding project.There are some things to be excited about when it comes to the Timberwolves. Kevin Love is a double-double machine, they drafted Derrick Williams out of Arizona, and Ricky Rubio has finally decided to take his talents to the NBA, but the issues are clear as well. The Wolves are extremely young, their General Manger David Kahn belongs back in the D-League, and the talent overall on the roster leaves a lot to be desired. Until they clean some things up in the front office, it really won’t matter too much who is walking the sidelines.Kevin Love joined ESPN Radio with Scott Van Pelt and Kevin Negandhi to talk about Kurt Rambis getting fired, whether or not he saw this move coming, what kind of coach Minnesota needs moving forward, what he expects from Ricky Rubio, and if he would consider playing overseas. 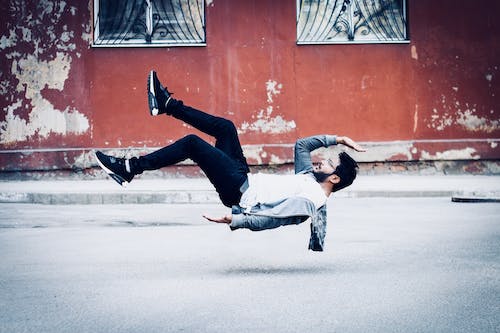 On Kurt Rambis getting fired:

“Definitely wish the best for Kurt. He was a player’s coach, guys loved playing for him, and only wish him the best from here on out in his endeavors.”

Whether or not he knew this move was coming:

“I wouldn’t say I necessarily knew. I think most of the guys on the team looked at it as his status in limbo. Didn’t actually know what was going to happen. I think either way it was good to have a decision made by our front office. We’ll be looking for a new coach, but like I said I wish the bets for Kurt because he’s a great guy, a great coach to be around, and has that winning mentality. He will be picked up somewhere else.”

What kind of coach he thinks the team needs:

“It’s a unique situation. I was just in Minnesota just before the lockout hit. There were nine players in the gym and eight of them were 24 or younger. I think by far we have to be the youngest team in the NBA. With that said there’s going to be a ton of growing pains. A guy that is going to lay his foot down but also in turn be a player’s coach. I know that’s polar opposites to say that but just a guy that’s understanding of those growing pains but also paves the pathway kinda like Oklahoma City or Memphis who also have young teams with a couple of key veterans who have kinda made their way into their own, started winning ball games, and making the playoffs.”

“I think we would definitely like to run. I think utilizing my outlet pass and my rebounding ability here leading the fast break. Then seeing Ricky Rubio in town in the past couple of weeks, he really looks good in the open floor. I think with him and the young group we have, with the young and fresh legs, I think we do have to play an up and down style and a lot of pick and rolls because we have those caliber of players that can effective in those situations.”

What he thinks of Ricky Rubio:

“I’d have to agree with you. He’s definitely a different type of player. He’s refreshing because he loves to play the game and he’s a pass-first point guard. He just loves to pass the ball and get other players involved first. Just watching him in pick up you can see his love for the game kinda shining through out there. In his rookie year, he’s gonna struggle a little bit because he’s gonna have the ball in his hands from the get-go but I think he’s gonna be able to really grow, take leaps and bounds, because of that same reason, because he’s gonna have the ball in his hands, he’s gonna be able to make mistakes and learn from them. I’m looking for him to come out and have a lot of success.”

On the potential for him to go overseas:

“I’m definitely not against it. I don’t think anybody should be. I think they should all keep their options open no matter what happens with the lockout but we’re just hoping this thing as well as football is figured out as soon as possible. Right now we can just play the waiting game but we’re in an awkward position. Some guys are going overseas, they’re going to do their tours, they’re going to play for other teams, some are just sitting back waiting for this negotiation to be figured out and it’s gonna be interesting to see what a number of guys do come September, October, November just because we don’t know if we will have a season or not. A lot of guys are playing the waiting game, sitting back, and working on their games. Players are made in the summer so I’m hoping that players keep working.”