It had been seven weeks since the Arizona Cardinals had won a football game. Patrick Peterson snapped the Cardinals six game skid with a ridiculous 99-yard punt return in overtime to defeat the Rams. The Cardinals celebrated a victory that came without starting quarterback Kevin Kolb. Forced out of the lineup with a foot injury, Kolb said it felt awkward being on the sideline. It’ll feel much weirder if he’s forced to do the same this weekend. Kolb, who has seen his share of struggles in his first year as a starter with the Cardinals, has been looking forward to returning to Philadelphia, which traded him away during the offseason. It’s been reported that’s he’s doubtful, but Kolb seems to think there’s at least a possibility that he returns. Kevin Kolb joined XTRA 910 in Phoenix with Bickley and MJ to discuss watching his team snap their six-game losing streak with him on the sidelines injured, the play of backup quarterback John Skelton, what it felt like to sit out, the status of his foot injury, the need to practice during the week to play on Sundays, what it might feel like to miss his return to Philly and making sure he holds on to his starting gig. 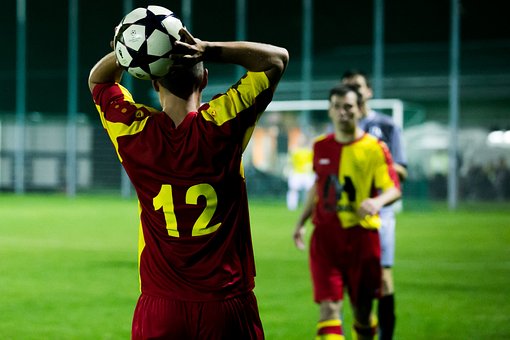 Was it still fun to see your teammates win even though an injury kept you from playing?:

“Oh yeah, it just changed the whole complexion of the week. You’re just tired of the same thing over and over and saying the same things. It’s good to have a decent taste in your mouth. And what an exciting way to finish the game. That was pretty incredible.”

What was your impression of your backup, John Skelton, and the way he played?:

“I thought he battled. Offensively, as a whole, we struggled there at the beginning and the Rams were doing a good job of bringing a lot of different looks and pressure. … We settled in and put a drive together whenever we had to to get us back in the ballgame.”

Can you gain anything out of being on the sidelines watching?:

“Oh it was terrible, to be honest with you. It was grueling, man. I was nervous before the game and it was just a weird feeling all the way around. I didn’t know what to do with myself. I wasn’t out there for pregame and I was just kind of buzzing around the locker room and just staring at the walls. It was a different feeling. I tried to help out where I could and provide some insight here and there. I don’t know if I did anything good, but everybody hung together.”

What’s the latest with your foot at this point?:

“The bone bruise has shown its face here in the last four or five days. That’s a painful thing and it’s also a thing that’s got to heal as well. We went back in and had a few more looks at it and made a lot of progress [Tuesday], to be honest with you. … Just like any rehab, you get to a point where, OK, the color and the swelling moves out and you hit a little lull there and you say, ‘Well, gosh, when can I get out there and run on it?’ … It was a positive day for me.”

How important is it to practice during the week? Could you not get the reps but still find a way to play?:

“Quarterback’s a little different position than going out and playing defensive end. You’ve got to see the looks. You’ve got to go out there and be a part of it and playing fast. If you’re not, you’re not doing your team any justice. We’ll see how much work I get this week and make a decision closer to game time. … You know that I want to be out there for this one as much as I possibly can, for obvious reasons.”

What would it be like for you to go back to Philadelphia but not be able to play?:

“I have no idea, because I wasn’t even expecting the awkwardness that I had at the game the other day. I’ve obviously sat on the sideline before, but I’ve never not suited up. … It’s going to be different if I have to go all the way to the east coast and play in that stadium again and all the emotions and then not be able to play. … Hopefully that’s not the case.”

Is there any thought that you want to get back out there and not let Skelton take a shot at winning the starting gig?:

“I’ve been in those shoes before. That’s always the most popular guy on the team. I was real popular for a long time there in Philadelphia. That’s kind of a running joke in locker rooms and that’s just the way it is. I wanted the best for him. … I’ve gone through too much to ever wish bad upon somebody in this league.”