For the first time since the turn of the millennium, the Philadelphia Eagles will have a starting quarterback on opening day not named Donovan McNabb. The six-time Pro Bowler started 142 games in all for Philly, but the Eagles sent him packing during the offseason, trading him to the Washington Redskins. With camp in session, the Kevin Kolb era has officially started in Philadelphia. The second-round pick out of Houston believes he’s ready for that responsibility despite just two career starts and 12 appearances in three seasons. If he doesn’t live up to those expectations, however, he won’t have a problem taking the wrath of Philly fans. Kevin Kolb joined WIP in Philadelphia with Howard Eskin and Ike Reese to discuss his increased role, fans in Philly who are doubting him heading into the season and his relationship with backup Mike Vick. 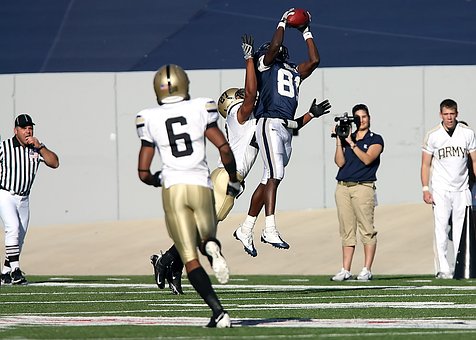 On his worthiness of being a starter:

“Just three years have proven it. Every day it’s a 24-hour job and you get the prove that you have all the qualities to do it and [Coach Andy Reid] thinks I do and I’m going to prove him right.”

On taking his game to the next level:

On how comfortable he’ll be in chewing his teammates out when necessary:

“There’s a fine line. You want your guys to respect you as a leader and sometimes being a leader is getting on to them. And roles reverse. When I’m not playing well, they need to jump on me, too. There’s a way to handle every situation. And I think that’s what’s best about this team, we’re going to handle the situation the right way every single time.”

On taking control in the huddle after being a backup:

“First of all, when I first came in here, I had that mindset going all the way through. I knew I was a backup, but I never wanted to let go of that mentality that one day I’m going to be running the show. One day, this is going to be me in there as a starter. So it wasn’t hard for me. It really feels more comfortable now than what it did, even with all the extra stuff that comes with it.”

On getting ready for the attitude brought by sports fans in Philadelphia:

“It’s already happened a little bit. I’ve been here for three years and I’ve played bad a couple times and played good and seen both sides. I see, look, these fans just want the same thing we want. They want you to win, they want great things. I don’t blame them for what they’re doing. I really don’t. If I’m playing bad, boo me! I’m playing bad.”

On his relationship with Mike Vick:

“First of all, we have a lot in common. When you’re taking snaps together every day and you’re talking through situations and even riding back and forth to every single practice, you’re going to become somewhat friendly with the person. But we have a lot of stuff more than that in common. Mike’s done some things that he’s not proud of, but we talk about them and he tells me his situation and tells me what goes on. That’s why I always have his back. … We all make mistakes, it’s trying not to make them the next time and I’m right there in his corner.”

49ers GM Trent Baalke: “Prepared For Anything” with Michael Crabtree; “Going the Distance” with David Akers

Turtle From Entourage Talks About Tom Brady And CC Sabathia