Kevin Durant In Seattle? This Interview Must Have Stung For Seattle Fans

Last season the young Oklahoma City Thunder won 50 games, made it to the playoffs, and gave the Lakers all they could handle in the first round. This season, Oklahoma City was not going to be able to fly under the radar and sneak up on anyone. It hasn’t been a problem at this point and it appears they have taken another step forward in their maturation. Oklahoma City is currently 34-19 and the fourth seed in the Western Conference. A big reason for that is the play of Kevin Durant. While Russell Westbrook has elevated his game and turned into one of the better young point guards in the NBA, Durant has played like an MVP candidate and has quickly turned into the best pure scorer in the NBA.Kevin Durant joined 710 ESPN in Seattle with Kevin Calabro to talk about Scoot Brooks and what he has brought to the team, the development of Russell Westbrook, what he thinks of the rule that forces kids to be out of high school for one year before coming into the NBA, and how tough it is in the Western Conference. 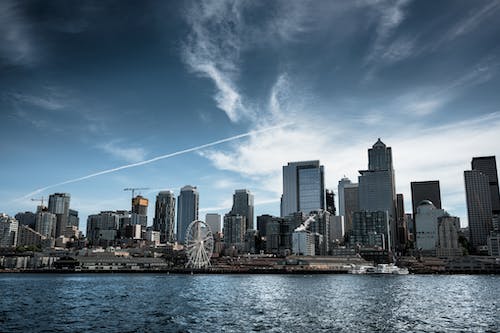 “He’s just brought that enthusiasm I think. He’s a young coach like us so he knows what we’re going through, he’s been through it in this league, been through ups and downs, winning a championship, but being on some of the worst teams as well. In his first year that’s what we went through. We played some tough basketball, we were very young, but we were in games that we were losing. These last two years we found a way to win games and we learned how to win. Every day at practice it’s tough for us. He brings that energy and never lets us slack off. For a young group like us that’s the type of coach we need. He’s just been great at trying to help me, Russell (Westbrook), and Jeff (Green) try to be leaders. He’s been a great help.”

On the development of Russell Westbrook:

“No doubt about it. Russell has grown a lot as a player and his confidence is growing every day. I think if you have confidence and opportunity in this league you can go far as a player. Of course he’s getting the opportunity to be a starting point guard and his confidence has skyrocketed. He’s being aggressive and that’s what we need from him on both ends. He’s a feisty player and that’s what you need to survive in this league.”

What happened between him and Chris Bosh:

“It’s all good. Every time I step on the floor I’m still going to be a competitive guy. I’m not going to go up to him and talk to him about the situation because it’s over. Everything happens on the court like that all the time. Between not just me and Chris Bosh, but it happens on other teams with other players. That’s just that competitive nature that every player in this league has. I think that I was just standing by what I thought as a player and standing up for my teammate. It’s over and it’s something I have to live with. At the same time I can’t let my emotion get the best of me.”

How he feels about the early entry rule in the NBA Draft:

“I like it how it is now. Having guys wait till they are 18 or 19 or have one year of college I think it’s good like that. Kids get experience with playing against good competition in college instead of going straight from high school. You grow up a little bit in college too. I can only speak on my experience, but I think once I went down to school I grew up a lot as a person and as a man off the floor. It got me prepared for my time in the league. I think it’s good the way it is now. A lot of kids may want to go out of high school, but I think if they go to college they really know what the game is about, what life is about, and you can move forward from there.”

On the difficulty of playing in the Western Conference:

“It’s going to be tough. Every road is tough and there are a lot of great teams out here in the west, but for us to be a good team we just have to focus in on the defensive end and know that every possession is key. All season and I think if we have that mindset we can go as far as we can go. I think we have to have that confidence that were a good team and against a great team like the Lakers they gave us a lot of that. We know what it takes to win in the playoffs. We have to keep pushing every day, play that way every day, and hopefully we get to our goal.”