Fans may have been hoping for somebody else, but the Pittsburgh Steelers finally utilized a first round draft pick on shoring up their offensive line, a unit that has struggled keeping quarterback Ben Roethlisberger upright the past few years. The Steelers drafted Florida Gators center Maurkice Pouncey with the 18th overall pick in yesterday’s first round. Pouncey, just 20 years of age, looks to have an opportunity to compete for a starting spot at guard in before making his way back to center down the road in the future when veteran center Justin Hartwig is no longer serviceable.Head coach Mike Tomlin and general manager Kevin Colbert joined FOX 970 in Pittsburgh with Joe Bendel, Gerry Dulac, and Bob Labriola following yesterday’s festivities to talk about what they liked so much in Pouncey and how they think he’ll be utilized early on in his career in Steel City. 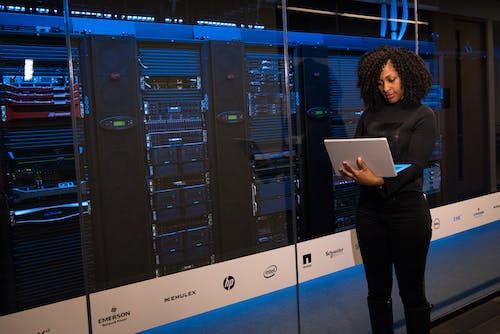 Colbert on the process of picking Pouncey:

“Well you know what Joe? Maurkice was somebody that once he entered the draft and we started to evaluate him, it looked like he was going to be somebody that we were going to be looking at regardless of our position – because we started this process while we were still playing. We really liked this kid once he entered the draft and we started the evaluations. So it continued, we interviewed him at the Combine and liked what we saw there. The center position is very much in demand as far as communication and being able to make all the calls up front. So when we made our visit down to the University of Florida for Pro Day – myself, Coach Tomlin and Sean Kugler our new line coach – we spent time with Maurkice before the night before the workout. And Sean had him on the board and had him show us some defenses. He did a great job with that, and it just reassured us. Then we had him back up here for one more visit. So really we’ve spent more time with this kid than any other player in all the pre-draft meetings.”

Tomlin on how he thinks Pouncey will be utilized in his rookie year:

“Well we’re start him out at guard, similar to his experience at Florida. As a young guy he was able to come in and start as a true freshman at guard. With a little bit of experience he was able to go to the center position. The reality is the guard position is one that receives information pre-snap as opposed to giving it. So from that stand-point, as a pre-snap position it’s easier to learn. So we’ll start him out at guard with those considerations, but we’ll keep an eye to the possibilities of what he’s capable of doing in the future. But right now he’s a guard for us, one that we’re glad was available, and one that we’re glad to have.”

Tomlin on what impressed him so much about Pouncey:

“This young man was impressive when we went down to Gainesville for Pro Day. Not only was he able to verbalize what it is that he does, and the rules and structure of their offense, but he was able to quickly learn lessons that our offensive line coach gave to him, and spit it back, and just show a great overall football understanding. Equally important as the intelligence, and the intelligence is very important, we’re talking about a young man that’s used to winning, and has to have it. He’s a multiple state champion in high school at Lakeland. Of course, you know what he did at the University of Florida with that football team. We like guys that are smart and need to win, and he fits all those categories.”

Tomlin on if Pouncey has the chance to start this year:

“He’s capable, of course. That’s why we took him in the 1st round. We’ll see how that unfolds in Latrobe and in the stadiums in the preseason. You guys know that’s an element that I enjoy.”

On if there was any offers or opportunities to move up or down yesterday:

“No, there were a couple of teams that wanted to come down from up above us, and we just said we’ll see. The way it was following, we knew we were going to get a player we wanted, so we just decided to stay put. A couple of teams did try to come up, but again, once you’ve got a guy that you think is worthy of that pick, you take the pick and we did.”