We Lost Seven Players, Significant Players. And Guess What? We’re Fine”The Kentucky Wildcats were never supposed to be in this position. Okay maybe that’s not true.Kentucky was supposed to be Final Four bound. A year ago. Not now. Kentucky was a No. 1 seed in last year’s Big Dance thanks to a team chock full of talented players that were headed on their way out the door to the next level. Instead, the Wildcats lost to West Virginia in the Elite Eight of the NCAA Tournament. John Calipari then said goodbye to five players from that team who would go on to be selected in last summer’s NBA Draft. Two of them, John Wall and DeMarcus Cousins, were top-five picks; two more were drafted in in the first round; all inked first-round contracts. Quite the overhaul.Yet, here we are, one year later, and the Cats are back in the Final Four for the first time since 1998. Brandon Knight has Lexington forgetting about last year’s bunch as Kentucky is one victory away from a national championship game. Were they to get by UCONN in the national semifinal, they would certainly be favored against the winner of Butler and VCU.Kentucky coach John Calipari joined Sporting News Radio with The 2 Live Stews to discuss the atmosphere in the state of Kentucky right now, the play of Brandon Knight and how he’s confident the kid can’t be held down for more than a short stretch at a time, why he wasn’t worried about starting fresh this season with a new-look roster after the slew of departures last spring, why he doesn’t care that people seem to overlook his ability to coach at a consistently high level, and what the Wildcats will need to do to slow down Kemba Walker when they face the Connecticut Huskies in next Saturday’s Final Four matchup. 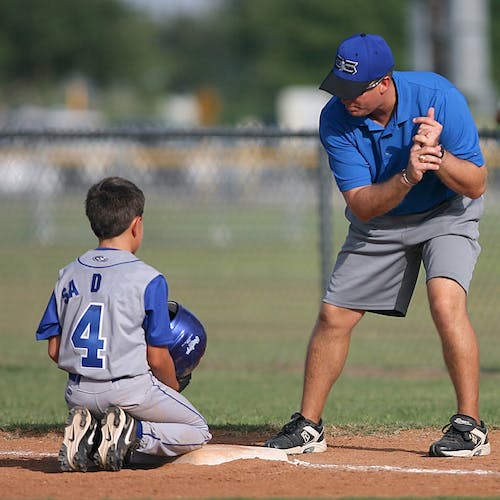 “I didn’t know it had been that long until someone said after the game that we hadn’t been there in 13 years. I didn’t know, but I do know this, the state’s going crazy. This is the commonwealth’s team.They’re jacked up.”

Is he getting mobbed the minute he leaves the house?:

“No, I don’t. They’re are people who recognize and say stuff and you’re not going to be invisible, but I think most coaches are in the same boat I’m in. … The thing is, they’re just excited about this basketball program. I’m humbled to be sitting in this seat. … Whoever has this seat has the same responsibility and understands the important that this seat has to the entire seat.”

Is he ever worried that Brandon Knight won’t flip the switch in a game?:

“No, I think he’ll be fine. Anytime he went in the game and didn’t shoot it well, the next game he was like on fire. … He’s a really prideful kid. The other thing you know is that he’s going to bring it. He’s going to do his best. … He’s like any other player, you don’t shoot it great every night out, but I’ll tell you what, he’s had a great year. … And he’s playing his best basketball down the stretch.”

Was he concerned about starting over this year with all that he lost last year?:

“No. Every year, every time we’ve lost a guy after a year, everyone’s said ‘You can’t do this, it doesn’t work. You can’t this…’ You’re trying to help these kids reach their dreams and if they really work hard and we have a heckuva year and they have the opportunity to leave after a year, I’m not going to talk them out of it. … Last year we lost four freshmen. … We lost seven players, significant players. And guess what? We’re fine.”

On how he and his staff put together great recruiting classes and whether it bothers him that his coaching ability might get overlooked:

“I’m just coaching my team and at the end of the day, 50 years from now, people will judge how we’ve done. … There will be no emotion in it, jealousy, none of that stuff. … Second, when they take away from me as a coach, they add to the players. So I’m fine with that. One, they don’t even realize they help my recruiting. … Instead of it being all about me, my system and how I coach and all this, and then no one knows the names of my players, I’d rather have them say I can’t coach. Just as long as I’m winning all the games, what do I care?”

What’s the breakdown of UConn and Kemba Walker?:

“You don’t stop him. You’re not stopping Kemba. You know he’s going to get his points and he’s going to score his baskets. You’re just trying to say ‘Make it hard.’ … They’ve got a terrific team and they’re playing as well as anybody in the country. … When you’re in this setting and you have the most dominating player, you have the best chance of winning. That’s just how it is. If the kid dominates us, then it’ll be tough for us to win.”