You wouldn’t necessarily think of the Titans as explosive, but when you consider what Kenny Britt was doing before tearing his knee apart early last season, and then you consider what guys like Jake Locker, Chris Johnson and top pick Kendall Wright can bring to the offense, Tennessee is suddenly looking like a team that could do some serious scoring in. The problem is that Locker has yet to win the starting job from Matt Hasselbeck, Johnson’s a mystery after a terrible ’11 campaign, Wright has never set foot on an NFL field and Britt is still recovering from major knee surgery. So a lot of question marks plague that offense. Kenny Britt joined Mark Howard, Frank Wycheck and Kevin Ingram on WGFX in Nashville to discuss the status of his rehab from a torn ACL and MCL, how he’s learned from a pair of arrests and what he likes about rookie first-round pick Kendall Wright. 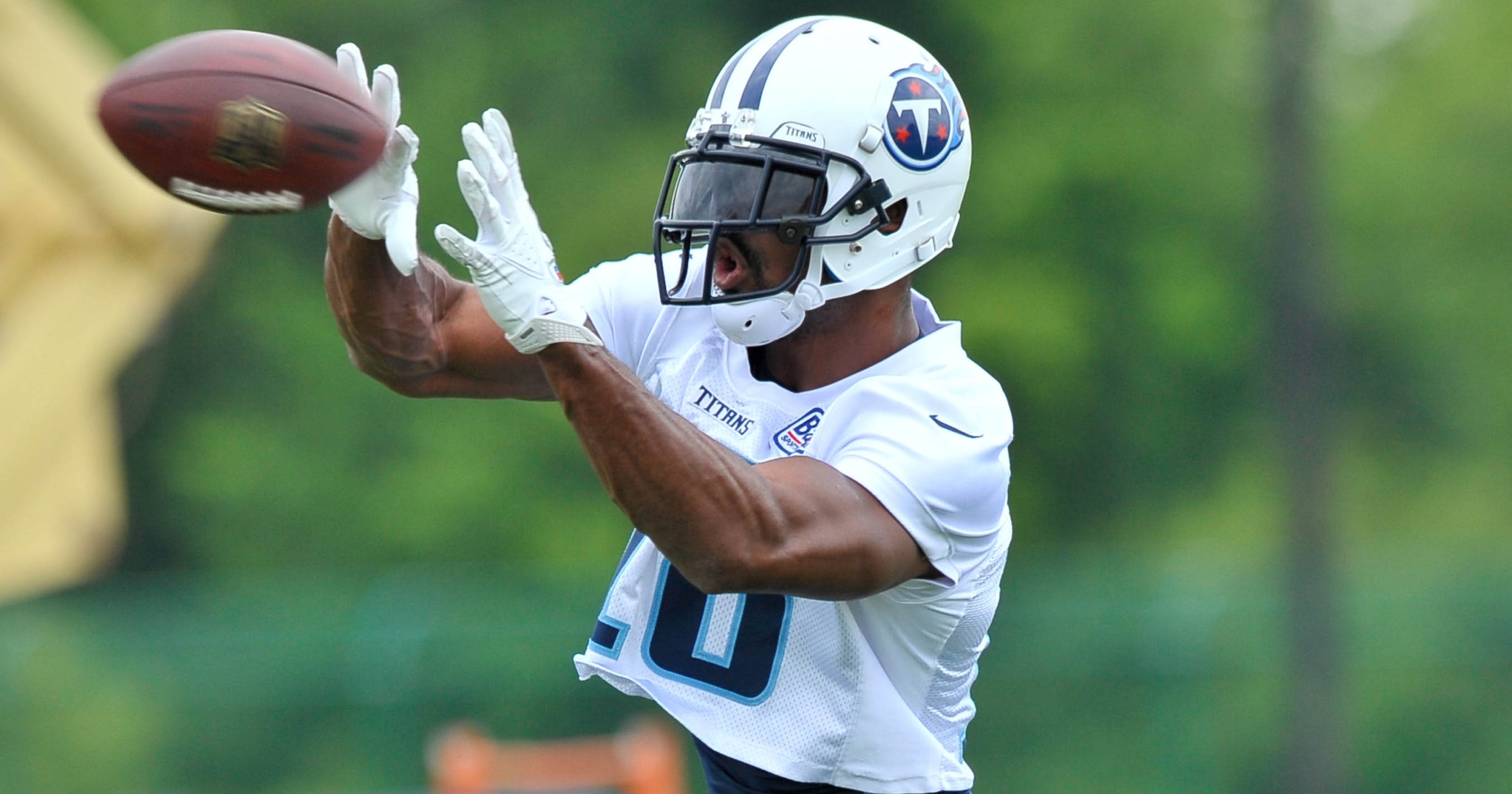 On how his rehab is going:

“Oh man, it was a long process. Some ups and downs in the road but I’m doing good right now. I’m out there running, mostly at full speed, cutting, running around. Knee’s still swollen but that comes with territory. But we’ve got three months before I get on the field.”

On the frustration he’s encountered:

“It’s like this injury is never-ending, because once I got the injury it’s like I see everybody going to practice and everything — I’m watching and I wanna be out there on the field with the guys. … New season approaching us and I’m still in the training room and I still see these guys and they’re going on the field with the coaches. So it’s been a long process.”

More on the rehab progress:

“I’m a wide receiver — we count on stopping and going and cutting and things like that. And actually the worst thing about everything was my first two weeks. The first two weeks, they wanted me to bend my knee past 115 degrees and it wasn’t bending past 80. And that worried me. It was a tough progress. Now we’re going downhill and I’m happy about that. … But my knee swells up (from) time to time and that comes with the process. And hopefully I’ll be back and ready to go.”

On being arrested twice last offseason:

“You live and you learn. Basically that’s the rules of life. … (People) learn not to touch the stove from other people’s mistakes. … I’m getting burnt by the stove. And I learned by getting burnt by the stove that you do certain things and you don’t do certain things. There’s places where you could go and what you can’t do in life. And I learned from that.”

On the newest addition to the team’s receiving corps, first-round pick Kendall Wright:

“He’s running his routes. I love how he separates and everything like that. … What he brings to the table is his routes  because there’s a lot of guys out there that can’t cover his routes. And one thing over the years is you lose your speed — as long as you have technique when you’re running your routes, you can’t be stopped.”