However Ken Whisenhunt wants to phrase the Arizona Cardinals putrid first quarter against the Minnesota Vikings last Sunday, the 28 points the Cardinals allowed in the first 15 minutes of play eliminated any chance they had of winning in Week 5. That’s exactly what happened as the Cardinals fell to 1-4 on the year with a 34-10 loss against previously winless Minessota.Arizona’s offensive line could not handle Minnesota’s strong defensive front led by Jared Allen. Kevin Kolb hasn’t looked particularly strong out in the desert throwing five touchdowns and six interceptions in his first five games. The Cards need to find a way to get Larry Fitzgerald the football more in this offense. At 1-4 Ken Whisenhunt has got a lot of work to do in Arizona.Ken Whisenhunt joined 620 KTAR in Phoenix on In the Red Zone with Doug and Wolf to discuss the changes the Arizona Cardinals will be making during the bye week, his impressions of Kevin Kolb’s play so far this season, the Cardinals offensive line performing up to expectations and the areas the Cardinals will look to build on during the bye week. 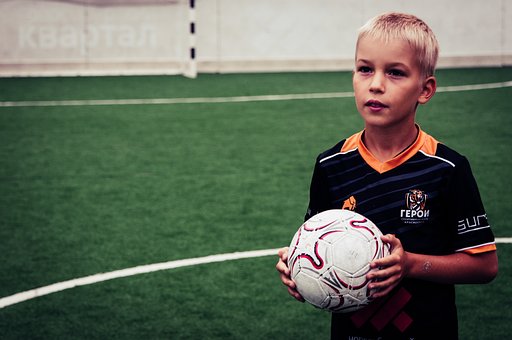 What do you think needs to change in the course of this bye week?

“I think we are going to go back and look at a lot of things we are doing. Obviously areas of emphasis for us are going to be third downs and red zone. Those are two areas that we are going to work on tomorrow with the guys. I think it comes at a good time. It’s chance to get a little break and get the focus back on some of the details that we need to make sure will help us execute some of these situations where we are coming short. Our guys are working well. They are working hard. We are just not able to get it done on game day and that is very frustrating for us as it is for our fans, but we believe that what we are doing is the right way to do it and it’s gonna work out for us here very soon.”

How did Kevin Kolb play in your opinion in this game?

“I think it’s hard to judge it based on the number of tipped balls that happened early because that puts a bad assessment of what the whole day was. He was going to the right place. He had open receivers. Let’s face it if you want to be 100% truthful the first ball of the game was open. We threw it and we dropped it. That’s not Kevin’s fault and sometimes those plays early in games make the difference for you. You gotta be able to make those plays like if A.J. Jefferson had held onto that potential interception that could have changed the course of the game, but the second one he was going to throw to was to Andre Roberts, who was wide open, and about 15 yards down the field. The ball got tipped and they intercepted it. The next one the guy came around the edge of our tackle and knocked the ball out as he was getting ready to throw that one. The first three times early in the game it was not successful and it wasn’t necessarily Kevin’s fault. He did some good things in the game, but he also did some things that we need to continue to work on as far in the pocket and making some of the reads and sticking with them. When you are down three or four scores early and you are going against a team with the front Minnesota has and you know you have to throw the ball to catch up it is very difficult.”

Is your offensive line doing what you expect from them?

“I certainly don’t think you can judge it based on this game. If you put any offensive line in that situation it is going to be difficult. You put them down that many scores having to throw the ball to catch up. If we are able to run the football and do some of our play action game that will certainly help the line and the protection of the quarterback. When you are going against a Jared Allen and a Brian Robison and Kevin Williams, guys that know you are going to throw the football, they can pin their ears back. You beat them on one play it is not going to change the course of the game dramatically at that particular time. It’s a whole different arena. There was a number of good plays by our offensive line in that game, but everyone wants to focus on the couple that the guys get beat. If you are an open edge as an offensive tackle in the NFL.

How many times did we throw it? 42 snaps in the game?

You are going to get beat on the edge especially in a stadium where there’s noise. That happens. We gotta minimize those opportunities. We tried to do that by adjusting our protection and giving them help, but they are rushing four guys and dropping seven into coverage. It’s unrealistic to think you are going to get guys open in the pattern if you keep six or seven guys in to protect. You have to put those guys out to counter their seven guys in coverage. In order to do that you expose those tackles to the open edge and that is a very difficult situation. It’s easy to sit back and criticize when you see them getting beat on a play. I understand that’s part of the game, but we’ve gotta do a better job of not putting our line in that situation in the first place. If we don’t turn the ball over and keep them out of the end zone then maybe we are not talking about this today.”

What areas of the game can you actually build on?

“There was some progress for us as far as doing some things a little bit better. There’s a couple of plays that we repeated from the week before that were run game plays and some play action stuff that we actually hit and we made some good plays on and that was something you wanted to see. As a coach you wanted to see some improvement. There were some things on the defensive side of the football where we had some opportunities to make plays. In fact we had a couple of lapses where we missed some tackles and then later in the game we came back in the very same situation and we stuffed them and we made some very good plays. The positive thing I saw there was our guys didn’t quit. They continued to try to work at it. We gotta eliminate one of two guys making mistakes and let the player get out and make a big play on us. We had one of our safeties fall down on one of the largest pass plays of the day. That happens, but those things seem to happen at the most inopportune times. I liked the way our guys continue to stay in the game in the battle. We started the second half with our defense getting a turnover and then we went down and scored a touchdown. When you are down as much as we were I thought that was a sign that our guys still believed and still had fight in them and that’s the attitude we have to have going forward in order to get out of this.”