Ken Whisenhunt: “We Are Embarrassed”

Is this what Ken Whisenhunt and the rest of the Arizona Cardinals’ coaching staff and front office wanted? After an opening four-point, lackluster victory over the St. Louis Rams to start the year, the Cardinals lost 41-7 to the Atlanta Falcons in Week 2. Jason Snelling (not Michael Turner or Jerious Norwood) gashed Arizona’s defense for 129 yards and two touchdowns, while Matt Ryan was an efficient 21-32 for 222 yards and three touchdowns. The Cardinals’ offense sputtered for the second week in a row. Running back Tim Hightower had an OK day with 115 yards, but 80 of that came on one carry. Outside of that run, he ran for 35 yards on 10 carries. And quarterback Derek Anderson kept up his 2009 form with two interceptions, no touchdowns and just 5.2 yards-per-pass attempt.That’s not the Arizona Cardinals of recent memory. Obviously, the team could not have done much to convince quarterback Kurt Warner to stay out of retirement. But, the Cardinals did choose to allow Karlos Dansby, Anquan Boldin and Antrel Rolle – all mainstays and standouts from the successful Whisenhunt era in Arizona, to leave in the off-season. What’s left, particularly at quarterback, is clearly not too appealing. Fortunately, for the Cardinals, the NFC West is the most winnable division we may have ever seen. 7-9 may get it done. I’m not kidding.Arizona Cardinals head coach Ken Whisenhunt joined Doug and Wolf on KTAR in Phoenix to discuss being embarrassed, how much the Cardinals will focus on the 41-7 loss to Atlanta, what they will need to do to rebound, whether he saw a loss of this magnitude coming, Derek Anderson’s development (or lack there of) in the passing game and what we should expect from the Arizona Cardinals. 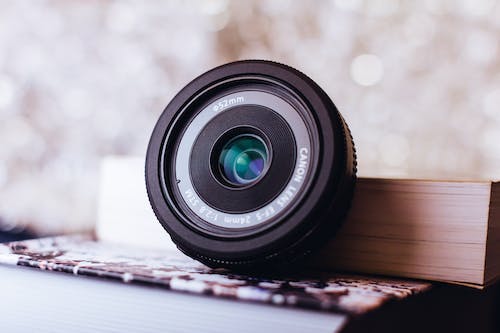 On if they will dwell on the loss to the Falcons more than most:

“A loss is a loss. You got to look at it and correct it and move on. You can’t get so wrapped up in the second game of the season that it affects you for the next 14 games. I don’t think we will. Our history has been that we have responded pretty well when situations like this have come up. It’s unfortunate. We are all embarrassed and disappointed. The feeling on the plane last night was that we’ll get back to work and correct it. I still think that we are going to be a good football team.”

On if he saw a loss like this coming:

“You can’t ever really tell. I don’t know yet with this football team how you can assess them based on the way they practiced. We had a good practice on Friday with our defense. I felt like we were prepared… I didn’t see it coming. I think that were was a number of circumstances early in the game that caused it to happen like that… There’s no excuse. Atlanta played well. We didn’t do what we needed to do.”

On if Atlanta is that much better than the Cardinals:

“It really doesn’t matter how much Atlanta is better than us. They beat us 41-7 and that’s the facts. That’s on us. Nobody else… It’s all correctable. It’s really about what we did. I’m not going to take credit away from Atlanta. They have a good football team. They played hard and they played well. But we shot ourselves in the foot a number of times. We can’t have 15-yard penalties that give them short fields a couple times. You can’t drop balls. You can’t miss open receivers. You can’t miss blocks. There is a litany of mistakes that we made. I understand that we are going to have mistakes and we are going to be a good enough football team that we can overcome mistakes. We probably did it in St. Louis against a team that is not as good as Atlanta.”

On the most frustrating part of the loss:

“To me, what’s disappointing the most is that that yesterday is not an indication of who the 2010 Arizona Cardinals are. We are embarrassed. Generally when this team has been this way in the past, we have responded well. I think that will be the case… The great thing about it is that we get to play again this week.”

And on Derek Anderson’s play at quarterback:

“Derek has done a number of good things and made some good throws. And he’s missed some throws. That’s going to happen. As we go forward in this season, we are going to need to hone in better on what we do well and get better at executing those things. That’s what we’ll do… Derek is not getting enough help.”