Yikes. Talk about schizophrenic. The Arizona Cardinals are hard to figure out at the quarter pole of the NFL season. On the one hand they’re 2-2 and in first place in their division. On the other hand, they’ve looked downright miserable for much of the season, highlighted by yesterday’s embarrassing 41-10 loss to the San Diego Chargers. The Cardinals allowed nine sacks on the afternoon, turned the ball  over three times, and were out-gained by the Chargers by a massive margin of 419-124. And in case you were wondering, quarterback Derek Anderson didn’t manage to stay in the game for the massacre. Head coach Ken Whisenhunt pulled him before halftime in favor of Max Hall, who didn’t throw any interceptions like Anderson, but still was futile in his efforts to provide a spark to the Cardinals’ offense. There’s no time to feel sorry for themselves or fixate on the past – the Cardinals have the defending champion New Orleans Saints up next.Whisenhunt joined KTAR in Phoenix to talk about how it’s too premature to say who he’ll start at quarterback next week, his impressions of Hall’s performance yesterday, on what he tells his team after such a tough loss like that, how everybody in the organization needs to re-focus their efforts yet remember that they’re still 2-2 and in first place in their division, why Antonio Gates is such a load to handle (he caught two TDs yesterday), and what went wrong with the offensive line. 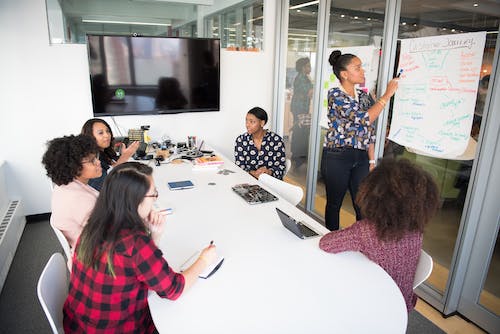 On if he’s decided to go with Max Hill moving forward over Derek Anderson who has largely struggled through four games:

“I think that’s premature now, we haven’t even watched the tape with the players yet. We’ll go back through it as a coaching staff this morning and look at a lot of the things that are involved and then we’ll make our decision based on that as the week progresses.”

On what his first impressions of Max Hall are based on yesterday’s performance:

“You know, it’s really hard to say. When you’re down 28-7 in those situations, it’s really tough to evaluate that position and that player. It was an opportunity to put him in there to see how he handled the offense, and see if we could get something going, and that’s what we did. But I think we have to look at the big picture as we go forward and understand we’re still 2-2, we’re still tied for first in our division. I know that’s not something you want to say with a lot of enthusiasm because of the way we’ve played, but that’s what it is, that’s the facts. We’ve played two crappy games on the road, and we’ve won two games at home, and that’s the bottom line. So we’re just going to continue to work….actually we’ve won one game at home, and won one on the road. So I think we’ve just got to focus on getting better. There’s things from yesterday’s game that will allow us to play better, and that’s going to be our focus.”

On what he tells his team about the start to their season and what can be expected moving forward in terms of personnel changes:

“Well what I think you do is you look at your team and tell the guys if you’re not getting the job done, I don’t care who you are, you’re not going to play. Four years ago when we started this, we didn’t have as many players that were good football players on the team. We have more of those type of players now, but I don’t care what your status is, I don’t care what you’ve done. We’re just going to look at it as to where we are now, and if you’re not doing what you’re supposed to do than you’re not going to play. I would rather go in there with guys who want to work hard, who want to do it the right way, and listen, let’s be clear about one thing – our guys worked hard, we had a good week of practice last week, we’ve got a good group of guys on this team. We played a poor game yesterday. It’s unfortunate because we’ve had two of those games so far, but we’re just going to make sure our team understands that we’re going to make some changes to get the right spark going, and I feel like we will. Like I said, it’s a long season, we’ve got 12 games left in the regular season, and we are tied for first in our division. The thing that’s really scary is the best record in the NFC is just one game ahead of us. So, there’s a lot of football left, I believe we’re going to get it fixed, we still have a chance to be a good football team, and that’s the way we’re going to approach it.”

On what he’s concerned about looking forward to next week’s game against the New Orleans Saints:

“Ha, well you know, it’s really hard the day after a game to sit here and talk about concerns for our team. If you look at yesterday’s game, I’ve got concerns everywhere. We don’t have long enough on this segment to talk about that. But on the flip side, I think you have to look at it from the standpoint of I feel like we have a chance to be a better football team than what we’ve shown. So how do you do that? How do you approach it? I think you go back to this game yesterday and you analyze it and look at with your team, and you have to be…I guess there just can’t be any ego involved. You have to look at it from the standpoint of we didn’t get it done in all facets of our organization yesterday, and what do we have to do to correct it?  And I believe we have the guys who are willing to do that, we have enough leadership, we have enough good football players, we just have to come together and improve on that. And that’s really the way that you have to approach it. You know, it’s not a ‘I’m going to fix this, I’m going to fix this, and I’m going to fix that.’ I mean, if you try to plug all the different holes in the dike, that’s difficult. I think everybody has to take ownership in the fact that we didn’t get it done, but we also have to understand that we’re 2-2, that we are tied for first in our division, and that it’s not like we’re going to blow up the whole team and start over. That’s not by any stretch what I’m talking about. We’re going to correct it, we’ve got to make sure that we sit down as a group of players and coaches and staff, and talk about what we need to do, and we’re going to go out and work on it this week, and we’re going to be a better football team next week.”

On the nine sacks allowed by the offensive line:

“Well there’s a lot of things that went wrong yesterday, and that’s definitely one of those areas. Some of it’s on everybody. A lot of it was the fact that they had the lead and had nothing to lose by taking chances with the rush or blitzes. And you know, that’s what the position you put yourself in by being in a game like that. But we’re going to continue to prepare the way we’ve done offensively. I know we had some things yesterday that we felt really good about. We had some opportunities early, and it’s disappointing that the game got out of hand, that’s the by-product of having a game that got out of hand yesterday. So we’re going to look at everything, but if you look at last night’s game between Chicago and the Giants – similar situation, they had nine sacks in the first half. It’s tough when you’ve got noise, when they’re able to pin their ears back and get a jump – that’s what’s so difficult about playing on the road in the NFL. I’m not making excuses for it, we obviously can’t do what we did yesterday. But we’re going to correct the things that we can correct, we’re going to try to maybe help out our tackles in those positions. But a couple of those things yesterday were just flat mental errors where we made mistakes, and those things are certainly correctable.”