The Dallas Cowboys were the first NFL team to report to camp, and they’re still hard at work out in Oxnard, California preparing for the 2010 season. So far so good for the Cowboys, as they’ve looked competent enough on both sides of the ball, and largely avoided the injury bug that’s hit some other teams around the league. It’s all about taking the next big step forward though in Big D. The Cowboys seemingly have the roster to make a run deep into the NFC playoffs this coming year, and after finally winning a postseason game a year ago, perhaps they’re ready for even bigger and better things in ‘10. One veteran that would sure like to see that happen as he heads into the twilight of his career is linebacker Keith Brooking, a perennial Pro Bowler earlier in his career with the Falcons that helped add some leadership, toughness and big game experience to the Cowboys a year ago.Brooking joined ESPN Radio in Dallas to talk about camp, how long they’ve been out in California, how intense last Sunday’s session was, how all of his teammates are ready to line up against and hit someone else, the Giants and Jets preseason game, how he was shocked to see Rex Ryan blitzing so heavily and playing his starters so long, and how he thinks it might be a wise idea for Ryan and the Jets to stop running their collective mouths until they actually accomplish something. 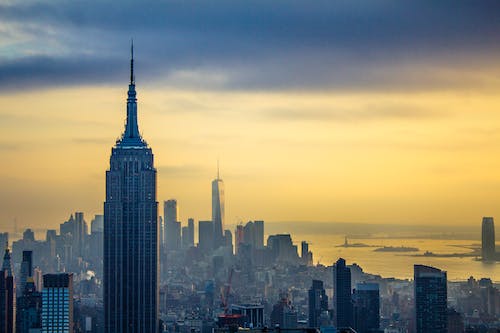 On how he’s enjoyed being in camp out in California:

“We’ve been in camp for a long time. There’s teams that have already broken camp. The Vikings I think have broken camp and they reported a week after us. But for us to be in camp for as long as we’ve been it, and to break up the monotony, the physical part obviously wears on you, but just the monotony of the same scene everyday, I think it’s good to kind of change places. Obviously when you come to a place like this, the weather’s great, the fields are awesome, the fans have been great so it kind of rejuvenates you a little bit…a little bit.”

On if he thinks the Cowboys camp has been as physical as it’s been in a long time:

“We whooped them so bad they had to have a walk through after practice. They called them over there….No, I think you get to the beginning of training camp, guys obviously haven’t been in pads in a long time and guys are getting after it pretty good. Then you kind of get in a lull, you know, guys are hitting the same guys for a couple of weeks. And then you get to the point where you’re ready to hit somebody else. You kind of take your frustrations out on your teammates, you see some fights occur and things like that, so I think on Sunday, the defense is just tired of hitting the same guys every day. We’re ready for training camp to be before, we’re ready for the regular season. All of this is a necessary evil, and you kind of have your good days, you have your bad. And that’s what training camp’s about. The offense has beaten us a couple of days, so we kind of take our turns.”

On the progression of Hamlin and Ball – two players who he thoughts were worthy of keeping an eye on:

“Well Hamlin had a little setback with his concussion, but Ball I think he’s the guy that people are going to really look at this year and say wow, he can really be the Miles Austin of last year. You look at Ball, I think he can really be that guy. He’s playing with more confidence, I think the more experience that he gets, the more playing time that he gets this preseason, he’ll gain more confidence. He’s playing extremely well and him and Senssabal are playing off each other really well. So yeah, he’’s impressed me a great deal.”

On if he saw the Giants/Jets preseason game and his thoughts on Rex Ryan blitzing so heavily and if he thought it was ‘chicken shit’:

“I didn’t see the very beginning of it, I saw the first part of the second quarter. We had to go into meetings. So bits and pieces of it. I did see that, that [the hit on Eli Manning] was kind of the end of the first half. Yeah I saw that. I don’t think you make an exhibition game bigger than your season and you play your starters for a whole half and risk that just to make a statement. But I mean, there was a lot of chatter before that game on both sides. I think both teams kept their starters out there longer than they normally do for the second game. But I think as long as both teams are doing it, you’re fine.”

On what he thought of Rex Ryan’s profanity laced outbursts on Hard Knocks:

“To be honest, I really haven’t paid much attention to them before because they really haven’t accomplished a whole lot in this league to be honest with you. But I did see that, I’m a football fan, I love the NFL and knew it was coming on, so I wanted to check it out and see it. My wife and I were sitting there and when it was during it I was like what is up with this? I mean, honestly, I just couldn’t believe the way he was acting, when really in the full scheme of things, they haven’t accomplished a whole lot. I think they can be really good team, and I think he’s got a solid foundation there, and I’m not saying they can’t accomplish great things. But sometimes you can bite off a little more than you can chew, especially in this league. And until you have gone out there and proven it and done something, it’s best to kind of keep your mouth shut sometimes.”