Keeping Up With Khloe Kardashian

God Bless America. For better or worse, where else can you become rich and famous for doing….well, for doing nothing. Love ‘em or hate ‘em, you have to at least an iota of credit to Kim, Kourtney, and Khloe Kardashian for their meteoric rise to fame this past several years since Kim was so gracefully urinated on by Ray J. The three sisters have parlayed their introduction to celebrity status by starting a number of ventures in the entertainment and fashion worlds. And both have bagged high profile athletes on world championship winning teams to be their better halves.Khloe, who’s of course married to Lakers star Lamar Odom, joined KLAC in Los Angeles to talk about their reality show ‘Keeping Up With The Kardashians, how none of the reality show is scripted, how Odom doesn’t at all mind the constant paparazzi attention compared to her sister’s boyfriend Reggie Bush, and how she wasn’t at all interested in Odom when they first met during a welcome to L.A. party for Ron Artest. 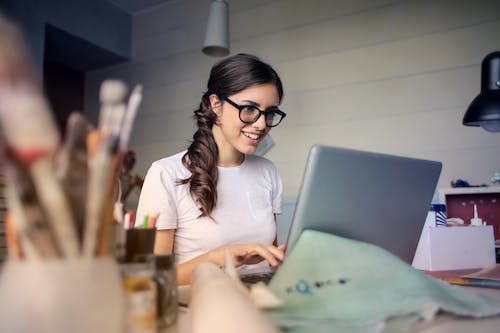 On how much of the reality show ‘Keeping Up With The Kardashians’ is scripted:

“People ask us all the time, is it real or is it scripted? There’s 10 kids total, 6 that are constantly on the show, my parents are 8. There’s so many of us and we’re living such totally different lives that we don’t need to stage anything. For us ‘Keeping Up…’ is 100% real. It’s a little embarrassing to say that because some of the things that we say or do on the show. But it’s true, we’re a family – we fight, we make up in 2 seconds. And Bruce is probably the best guy ever, he’s such a good sport, but he’s a little too nice. He doesn’t have his own credit card, he has a Starbucks card and a gas card, and then he has to ask for cash. I mean, come on.”

On if her husband Lamar Odom is comfortable in her world of constant paparazzi and cameras rolling:

On the latest with her sister Kim and her boyfriend Reggie Bush:

“I know Reggie doesn’t love paparazzi, he’s made that very clear. He’s not really into that social scene, so I think it’s hard for him and my sister to find a common ground on that subject. But there’s been so many reports on Kim and Reggie forever. They’re still together, but I’m not with them right now. I’m in Miami so I don’t know. She’s not with me.”

On how she and Odom met:

“I was hosting a welcome to L.A. party for Ron Artest and Lamar was there. And I actually did not like him the first night when I met him. He was staring at me very aggressively. I was like you’re too much for me, you’re a basketball player. And then he just never let up. And somehow, he’s so amazing and sweet and sincere and genuine that I fell in love.”