Karlos Dansby: “On the road we’re great, but we’ve got to be able to put it together at home…”

After losing a controversial heartbreaker to the Pittsburgh Steelers in Week 7, the Miami Dolphins responded nicely with a solid conference road win against the reeling Cincinnati Bengals. The Dolphins’ offense could muster just one touchdown, but five field goals and suffocating defense helped the Dolphins improve to 4-0 away from home, and 4-3 overall. Inside linebacker Karlos Dansby continues to prove that he was worthy of paying top dollar for this past winter during free agency. He’s second on the team in tackles, and one of the unquestioned emotional and vocal leaders of the team.Dansby joined Joe Rose on WQAM in Miami to talk about the stellar play of the Dolphins’ defense after the Bengals scored on their opening drive, his huge hit on Ochocinco later in the contest, how much he’s enjoying playing with Channing Crowder, how Crowder is a legendary trash talker, the team’s perfect road record and struggles at home, and the possibility of acquiring recently waived wide receiver, Randy Moss. 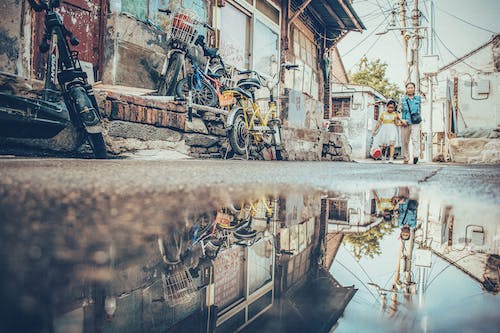 On the stellar play of the Dolphins’ defense after the Bengals opening drive:

“We just made a couple of adjustments. We knew what they wanted to do; we knew they wanted to come out and do the no-huddle offense. And once we settled down as a defense, and like I said, made a few adjustments during halftime, we were ready to go, we were ready to go. We caught out second wind, our offense gave us an opportunity by putting together a couple of tremendous drives, and Dan Carpenter did a good job of kicking field goals and ending drives with points. Like I said, once they did that, we got our confidence up and we went out and played well.”

On his bone-crunching but 100 percent legal hit on Ochocinco during Miami’s second-half-shutout of the Bengals:

“Oh yeah, that’s the one you dream of. That’s the one you dream about. A high-profile athlete like himself, a great competitor – once you get a chance to get a shot on a guy like that, it kind of takes the wind out of the team’s sails once they see their star guy down like that. Like I said, it was a great opportunity to take a shot like that and I took it and made the most of it. I hate all the NFL Networks and the ESPNs – they didn’t show the hit at all! That right there just killed the whole drive. They really didn’t show it, you know what I’m saying? I was really kind of upset about that. If I was Ray Lewis or Patrick Willis, they’d be talking about ‘oh look at this great linebacker, look at this great hit, this is a great form tackle. But they didn’t  do none of that, I was kind of disappointed.”

On where his fellow linebacker Channing Crowder ranks in terms of best trash-talkers he’s been around:

“Man, he’s number one by far. By far. He talks so much trash man. I ain’t never seen anyone talk so much trash. I thought I talked a lot of trash, but he just makes me look at him and see what he’s got to say about the whole situation. So, it’s just amazing man. It’s an inspiration, an inspiration to play this game at another level. So like I said, I’m just glad to have him back. The whole team is glad to have him back.”

On how to explain the Dolphins perfect road record and their struggles at home:

“I don’t know how to explain it. It’s tough, it’s a tough situation. I thought we had one last week against the Steelers, but unfortunately the ball didn’t bounce our way I guess. But we’ve just got to put it together, we’ve got to be better at home. If you want to be a playoff team, you’ve got to be able to play at home also. Like I said, on the road we’re great, but we’ve got to be able to put it together at home and put it all together and play as well at home.”

On what his thoughts on the possibility of Randy Moss joining the Dolphins:

“I would love to have him. The more the merrier. A guy that plays with so much passion for the game. You can’t take that away from this man, and I still think he has that kind of potential. If we got the opportunity to get him then why not? The more the merrier man. I think he would come in and mesh because he would see the potential we have to win. And the effort and passion that we play with on the field, I know he didn’t experience that. Like I said, if he wants to win, then sshhh, I would want to be here too.”