Jose Bautista: “We Have a Clean Game”

Jose Bautista is having one of the most surprising individual seasons in Major League baseball this season. Heading into Tuesday night, he was batting .258 with 95 RBI and earlier this week the Toronto Blue Jays outfield/third baseman became the first player in the league to reach the 40 home run mark.Prior to this season, his career highs included a .254 batting average, 63 RBI and a whopping 16 home runs.Thus, the story for Bautista has been an incredible breakout season. But with the steroid era of baseball still etched in our recent memories, the story for many has undoubtedly become whether or not the spike in Bautista’s numbers means that he is using performance enhancing drugs. Bautista’s stance continues to be firm: He’s not on steroids.Jose Bautista joined The Fan 590 in Toronto with Mike Wilner to discuss whether he’s using steroids, a recent article in Toronto that discussed that suspicion, playing regularly for the first time in a hitter’s park, whether steroids are discussed in MLB clubhouses, whether baseball will ever be able to move on from the steroid era and whether he feels fans are suspicious of him. 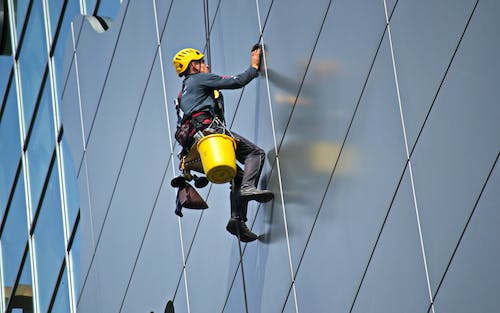 On whether he has taken steroids:

“Absolutely not. It’s kind of shameful that people can just go out there and start writing stories and throwing your name out there without any reason to begin with or any sort of suspicion or any other sort of information to go on.”

On the reasons for the spike in his numbers this season, including playing in a hitter-friendly park:

“I hate to start sounding like I’m defending myself, because I’m not, but not just stadium-wise, also opportunity-wise, this is the only time ever that I’ve been handed an every-day job from Day One of the season. Every other time that I’ve played, mostly on a consistent basis, has been that I got called up in the middle of a season. The only other time I broke camp with a team, I was in a backup role or a platoon situation. I credit my success to the consistent playing time, the confidence that Cito Gaston has given me and also the adjustments I’ve made at the plate.”

On whether steroids are discussed in the clubhouse:

“To us, it’s not even a subject. We don’t even talk about that sort of stuff. I think we leave it up to you guys or to the public to have any speculation that you guys might want to have or talk about. We got out there and we play the game and that’s what we worry about. We prepare ourselves, we work out, we study teams  and we play between the lines as hard as we can. That’s what we keep our focus on.”

On whether baseball will ever be able to move on from the steroid era:

“I didn’t play back in that day and I don’t know, personally, all the stories and the history behind it. I do know from reading stories and evidence that has been brought out or whatever that obviously something was going on. That’s as far as I can take it, basically. From what I understand, we have as strict as steroid policy as any other major professional sport has in this nation and possibly worldwide, so I don’t see how we can improve from that. What happened in the past, it’s a shame that it happened, but those were the rules back then and we have new rules now. For me, and hopefully for baseball and the fans and everybody that is involved in the game, everything has changed and we can move on.”

On whether he thinks people are suspicious of him:

“I don’t really think a lot of people think that way. I think everything has changed like we just discussed earlier. We have a clean game and we’re enjoying and loving to play it just like we did before. It’s shameful that stories like this come out to the public and try to sneak thoughts into people and try to change the way they feel or think.”