When people talk about the Saints, they usually start the conversation with Drew Brees and the explosive, high-octane offense.  It’s no secret that New Orleans has one of the best offenses in the NFL and can put points on the board against pretty much anybody.  However, teams can’t just go out every week and expect to outscore other teams in the NFL.  I’ve always thought that the Saints would not be a legitimate Super Bowl contender unless they got better on the defensive side of the football.The Saints are one of five undefeated teams in the NFL this season and what may separate this year’s team from team’s in the past is their improved defense.  Through four games the Saints defense is playing like one of the better defensive units in the NFL and if they want to continue down this road of success, the defense needs to continue to play like it has in the first quarter of the season.  People always talk about free agent acquisitions on the field, but many of the biggest free agent acquisitions are NFL coordinators.  For the Saints, hiring Gregg Williams to be the defensive coordinator was monumental.Jonathan Vilma joined Into the Night with Tony Bruno to talk about the play of the defense this year, the big game this weekend and how good Drew Brees is. 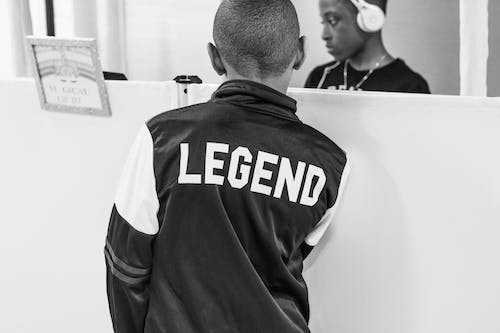 On the play of the defense this season:

“That’s one of the good things that we’ve shown through our play and not our mouths.  We’re able to go out there and have a close game like Buffalo, 10-7 going into the fourth quarter, hold them, hold them, hold them and then blow it out open late.  Same thing with the Jets game.  Close game the whole way through and we’re able to blow it out open late.  Those are games where now, as you said, the fans, the media, they notice well ‘hey the Saints do have a pretty good defense.’  We don’t have to go out and try to hunt the media down and say ‘hey we’re better than last year.’  That’s not our focus.  We’re just going to go out and keep playing and I think right now we’re doing a good job.  It’s always a complimentary game so if we do well on defense it will surely help out the offense and the special teams as well.”

On the Giants offense:

“I don’t see any weaknesses right now.  As you said, they have a very, very balanced attack.  The offensive line is solid; they’ve been together for some time.  The running backs are solid, the receivers even though they are young, they’re making a ton of plays.  Steve Smith I think is a very good receiver, a very underrated receiver.  Then of course you’ve got number 10 back there manning the ship for them.  I think they’re very balanced, they’re a very good team and they’re undefeated for a reason.  They’ve been going out there; they’ve been doing their thing and handling their business as well, so we know it will be a tough challenge for us.”

On the magnitude of the game against the Giants:

“It’s tough to say.  A lot of people are going to make more of the game than what it is.  Honestly, for us it’s one game out of 16.  Granted it’s versus a good opponent, granted they’re undefeated, granted you can make a lot of hype about this game.  At the end of the day being 6-0 or being 5-1 is really not going to make a difference in week seven of the NFL season.  We have a lot of football to go and we haven’t even faced any of our division foes yet, so we have a lot of football to play.  We can go 6-0 lose the next three after that and everyone is saying ‘what’s wrong with the Saints.’  For us, we’re going to come out here, do what we have to do, handle our business and if we win good if we don’t then we have to regroup, refocus and see where we made our mistakes.”

“You know it’s tough.  He doesn’t get a lot of the respect he should get.  I think he’s highly, highly underrated even though it’s hard to say he’s underrated.  If you’re not winning the big one and you’re not the guy in the big game, you’re just not going to get the credit anymore; you’re not going to get the respect you deserve among the media.  The players, we respect him across the league.  We all think he’s top one, top two quarterback in the league, but you know what, it’s about winning it all, it’s about winning the big one.  I know Peyton went through the same thing for a bunch of years.  He never won the big one and we’re trying to get there now.”