For the second year in a row, the Texas Rangers have defeated the Tampa Bay Rays in the American League Championship Series. On Tuesday, the Rangers rode three Adrian Beltre homeruns to a 4-3 series-clinching win over the never-say-die Rays to win the series, 3-1. Texas now awaits the winner of New York and Detroit. The Yankees forced a Game 5 with a blowout win in Game 4 Tuesday night. For the time being, Jon Daniels, one of the primary architects of the organization’s recent string of success, and the rest of the Rangers organization will have to be content with celebrating their series win while patiently waiting for their next opponent. Rangers GM Jon Daniels joined KCTK in Dallas to talk about the Rangers’ ALCS win over Tampa Bay, feeling satisfied and relieved with the series win even if the club might have expected to be back to this point after last year’s run to the World Series, the important role that the bullpen guys he brought in late in the years have had in the Rangers’ success down the stretch and in their opening round series win, the mental toughness and even keeled nature of the Rangers squad, how Ron Washington deserves credit for setting that type of clubhouse culture, and how it’s impossible to be anything but impressed with the job that Washington has done as manager. 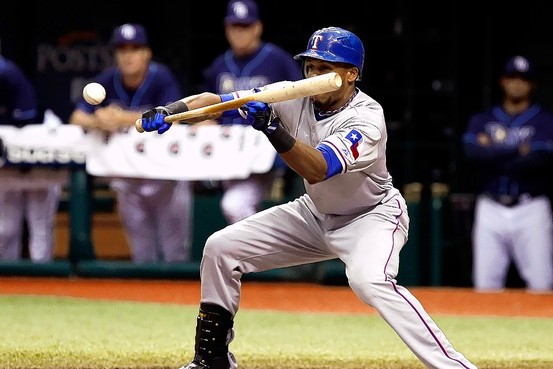 On how pleased and satisfied he is feeling with the club’s series win even if they might have expected to have been back in the ALDS at the outset of this season:

“You put it perfectly. On one hand, we’re not satisfied. We’ve got eight more wins in us hopefully, and we’ve got bigger goals obviously, but right now you’ve got to celebrate success. It is hard to win in anything, and hard to succeed in anything. But in this industry, it’s so competitive. We’ve got a lot of respect for Tampa and Detroit and New York and all the clubs we might face. So for this team to have accomplished what it did, for this organization to have accomplished what it did to this point, I’m really proud of these guys.”

On the big roles that the bullpen additions he added to the squad late in the year have had on the Rangers’ success since joining the club:

“I think you’ve put it perfectly: there’s no doubt in my mind we’ve significantly upgraded our bullpen. Obviously in the last week we’ve seen both Koji and Mike have a bad game, probably a little bit of an understatement, but they had a little bit of a hiccup there. But I think that’s what this club is about. Washington managed the game of the year for me tonight. I think the move going right back to Mike Adams putting him right back in a big spot late in a game. Showing confidence in not only him, but sending a message to the rest of the team that ‘hey, if you have a hiccup, you’re still my guy, you’re part of this, I believe in you.’ And for the whole clubhouse and the team, there can’t be anything bigger than that. So your point is dead on: bullpen guys have ups and downs, and they’re so in the spotlight to see how their performance affects the club. But I guess we rush to judgment is the best way to put it. We still believe in these guys, and there’s no doubt in my mind we’ve upgraded.”

On the mental toughness and even keeled nature of the Rangers squad:

“I think we’ve got a lot of guys that are really drive, kind of internally motivated guys that don’t need somebody outside to push them. These guys want to win, and that’s the end all be all to them. But at the same time, all the intensity and competitiveness between the lines, they have a lot of fun; Wash[ington] keeps a very loose clubhouse — things like going right back to Mike Adams, things like not pulling a guy out of the lineup during a slump, etcetera. I think that pays dividends over the course of a long season. But to your point, absolutely, they bounce back from adversity, but I think that’s because of the clubhouse culture that Wash set.”