In the upcoming season, there will be lots of new players playing in the NBA for the first time and many familiar faces playing with different teams.  For instance, John Wall was selected by the Washington Wizards number one overall, so we will see him play in a Wizards uniform instead of the Kentucky uniform we became accustomed to him wearing.  We will also see last year’s number one overall pick, Blake Griffin, on an NBA basketball court for the first time.  After manhandling all of college basketball during his sophomore year, Griffin declared for the NBA Draft and was drafted by the Clippers.  He played on their Summer League team and was one of the stars of the league, being named Summer League MVP.  But before the first day of the season, it was confirmed that Griffin had a stress fracture in his left knee and would miss the start of the season.  After a few weeks of rehabbing his knee it was later determined that he was going to need surgery to repair the fracture and would miss the entire season.So for all of last season, much of Griffin’s time was dedicated to rehabbing his knee and watching plenty of basketball from the bench.  Now that he has fully recovered, Griffin is excited and very eager to get his NBA career underway.  The only thing is the Clippers don’t have a coach nor a coaching staff in place.  Rumor has it that they are close to signing a head coach.  As to whom the coach will be, reports are that it will be either Dwayne Casey or Vinny Del Negro.  Griffin has had an entire year to watch up close and in person to see what it takes to compete night in and night out at the NBA level.  The extra year of rest will definitely help Griffin excel and become one of the best big men in the game.Blake Griffin joined the Sports Animal in Oklahoma City to talk about how much more confident he is this year with his knee than he was last year, whether he is going to play in the Summer League, and what he picked up the most from the NBA having to sit out his rookie season. 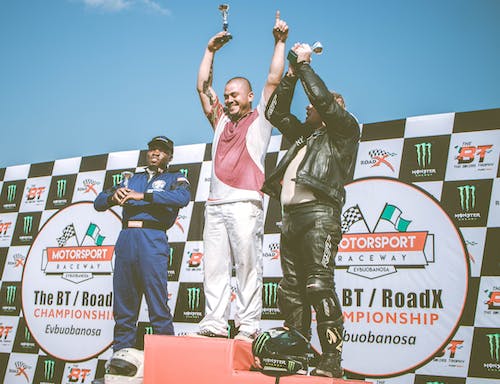 How Much More Confident He Is This Year With His Knee Than He Was Last Year:

“So much more just because all the rehab that I put in, all the time and all the exercise.  Everything they have asked me to do, every hurdle they have asked me to cross since I started rehabbing I have been able to do it and that gives you a lot of confidence when you are finally hearing the last words that my doctor is saying ‘You are ready to go out there and get back at it.’  That is the ultimate thing that you want to hear.”

Whether He Is Going To Play In The Summer League:

What He Picked Up The Most From The Nba Having To Sit Out His Rookie Season:

“Just the way guys get to their spots.  A lot of guys have their favorite spots on the floor.  They catch the ball and have their go-to moves.  I think the best guys in this league are the guys that have a move that has been perfected.  There is not a whole lot of guys that have all of these different moves besides Kobe Bryant.  There are guys that are good at one, two, or three moves.  The more you have obviously the better.  I think it is all about finding out what you do best and then being able to do the other things at a high level.”

When He Thinks They Will Have A Coach For The Team:

“You know what I hear that we are actually extremely close.  Definitely by this weekend.”

Who He Thinks The Clippers Are Going To Hire As Coach:

“It is hard to say.  We should have somebody like I said by Sunday or Saturday, something like that.  I am just looking forward to having a coaching staff and somebody in place that you get to know and start building chemistry.”

His Thoughts On Where He Thinks Lebron Is Going To End Up:

“I was just talking about that earlier.  You know what, I have heard so much about Chicago but I don’t know if I can believe it.  I want to say Chicago just because that would be the best place for him to go out of the teams that have the money to get him and have the facilities and all of that.  He would have the best group around him.  If he goes to New York, yeah he is the King of New York and all of that but he doesn’t have a great team around him especially right now.  They can bring in guys but they can not get a whole lot better than Derrick Rose at the point.”