The question seems kind of silly given that the NBA’s MVP is in just his third season. But in the day and age where we’re always looking for the next big thing, is it crazy to think who might be the next Derrick Rose? If not, can we assume that John Wall might be the guy who follows in the enormous foot steps of Rose? The Washington Wizards point guard just wrapped up a tumultuous rookie season where he put up solid numbers, many of them comparable to that of the rookie campaign of Rose in Chicago. But Wall had to go through the process of learning what it’s like to lose. Now he’s got plenty of goals on his table. He’s already guaranteed that the Wizards will be in the playoffs next year, and in the following interview, he puts his money where his mouth is and explains why he believes it. He also says he believes he can personally follow a similar path to the one taken by Rose, and that he’s been dilligently studying what Rose has done to get him to this point so early in his young career.John Wall joined 106.7 The Fan in Washington D.C. with Mike Wise and Holden Kushner to discuss watching film of Rose in order to improve his game, the growing pains he endured this season as a rookie on a losing Wizards team, why he believes he can be in Rose’s current position three years from now if he works hard enough for it, the Wizards’ new uniforms, why he made the guarantee that Washington will make the playoffs next year, and the pressure he felt during his first season as the No. 1 overall pick in last year’s NBA Draft. 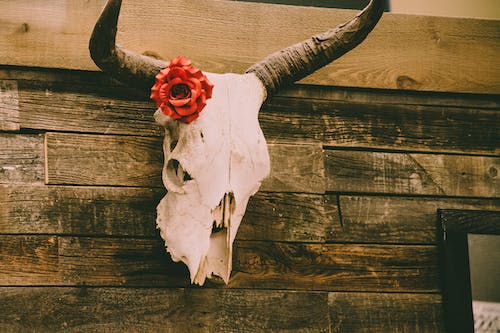 What does he think when he watches tapes of Derrick Rose?:

“It’s some of the stuff I feel like I can do when I’m healthy. I’m just as athletic as him. Some of the stuff he can do, you’re just amazed. … You can tell that Derrick really wanted to get better. The second year, he said, ‘Why can’t I be the best player in the league?’”

How hard was this season given that he’s been a winner pretty much all of his career?:

“It was tough, it was really tough. When we first lost a couple games, I was getting frustrated because I was never used to losing. But I kind of sat back and listened to my coaches and listened to my teammates telling me how I could get better. … I think later down the stretch, I really got confident at the All-Star break. The Rookie Game really gave me confidence.”

Can he be as good as Derrick Rose in three years?:

“Yeah I feel like it. I feel like if I work and do the exact same stuff as he did. All it is is they just give him the ball. They know when it’s time — just keep the game close. He’s doing a good job of running his team and passing it, but they know when they get to the last five minutes of the fourth quarter, he can make any shot his team needs.”

His thoughts on the new Wizards uniforms:

“I like the new ones a lot. Red, white and blue so we can fit in with the Nationals and the Capitals. Nation’s team here in D.C. so why not be red, white and blue like the American flag? The monument, I like the D.C. with the little monument and the basketball in hand. That’s pretty cool to me. It looks like an old-school, retro jersey.”

Does he really believe that the Wizards will be in the playoffs next year?:

“Yeah. I just feel like, you think of it, 15-20 games, we lost by five points or less. We had a lot of close games. This is where we weren’t really playing together as a team. We was being selfish. The way we finished last season, with guys figuring out what their roles really is, I feel like we can do better. … All it is is going on a streak. We could never go on a streak.”

What’s he been doing during the offseason?:

“Just kind of resting, taking a break with my family. … Most of the time I’m just in the house resting, getting my body right and playing video games.”

Did he feel pressure to perform throughout the season even though he was banged up and the team was out of the playoff picture?:

“Yeah, it’s not even about not going to the playoffs. I just took a quote from Michael Jordan: Every night this might be the first night or last night they see you play, so try to play your best game. Even if I didn’t have the best game, I tried to compete as hard as I could.”