The Philadelphia Phillies are out of the playoffs, the Eagles are off to a shockingly bad start and now, as if it weren’t apparent enough that things are falling apart in Philly, we’ve got incidents involving fans, players, signs and arguments. A man known only as John The Sign Guy went on the radio to explain what went down on Monday when he put up a sign encouraging the Eagle to fire coach Andy Reid.He put the sign up right outside the Eagles’ complex, originally drawing members of Philadelphia’s security personnel. Then he was confronted by Eagles’ offensive linemen Jason Kelce and Evan Mathis, who wanted the sign taken down. John says the players verbally threatened his nephew. Kelce later called the sign-bearing fans “varmit” on his Twitter account and now John is requesting public apologies to him and the fans of the Eagles. 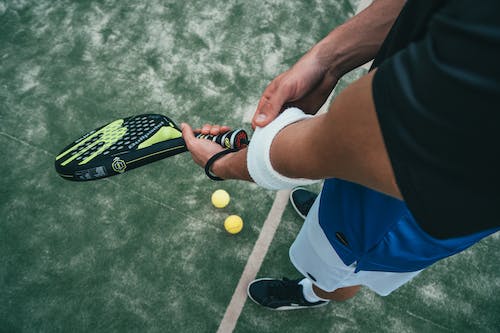 John The Sign Guy joined 97.5 The Fanatic in Philly with Jon Marks and Sean Brace to discuss the whole scenario with putting up the sign, the run-ins with security, the confrontation by the players, what all was said by the players and to give his reaction to being called “varmit.”

What time did you get down to the Eagles’ facility and where were you located?:

“We got there probably around 1 o’clock, so when the press conference was ending, the media started coming out so they seen the sign up and stations started coming over there, newspapers, whatnot. … We were directly across the street so if you pulled straight ahead out of the complex you would run into the sign.”

“They started hitting us with, ‘You need a permit,’ which isn’t true. You don’t need a permit to hold up a sign.” Who did that?: “Eagles security came over, I guess, after all the media was out there and the news people. The guys said, ‘Look, you guys have the right to do whatever you want … but I don’t think you guys want to get arrested today.’ I said, ‘What am I going to get arrested for?’ He said, ‘Well, do you have a permit?’ I said, ‘No, I don’t have a permit.’ He said, ‘Well, you have to take the sign down.’ … He said, ‘The state police are coming and you’re going to have to take the sign down.’ I said, ‘When the police come, I’ll talk to the police.’”

OK, so then what happened when Eagles’ offensive linemen Jason Kelce and Evan Mathis stopped by?:

“Not only did they pull up, but they pulled up and I was getting interviewed at the time and that’s when they got into it with my nephew. It was maybe five minutes, I guess, and then pulled away and went back into the complex. Maybe five or 10 minutes went by and they come out again.”

What did they say to your nephew when they first pulled up?:

So they issued some sort of verbal threat?:

“Yeah. But the thing that I want to clear up. I don’t know where Jason Kelce is getting off. He did not say a word. I believe this is all the Eagles and their public relations that they were probably nervous that someone would sue them or getting harassed or whatever. … They must have went to Kelce and said, ‘Clear this up.’ The guy that was the passenger [Evan Mathis] … did all the talking. Kelce never opened his mouth.”

So what was Mathis saying?:

What do you think about Kelce going to Twitter and saying you guys are fans, that you’re “varmit:”

“That’s what I take offense to today, right now. That upsets me so much that I really think that I want an apology from him, publicly, and from the organization. I am a fan and I’m hurt. We’ve had these tickets, season tickets, since the 1950s. Before you even had season tickets, they’ve been in our family and passed down. … We’ve got about 20 tickets in our name. … We are fans of the team. To tell me that I’m not a fan and to call me a varmit is a disgrace. … I deserve an apology, but not for me, but for all the fans in this city.”