Not sure there’s any way to introduce the following interview with John McEnroe other than to say that the Hall of Famer has plenty of interesting insights about the state of the game of tennis today, stories to share about his own playing days, and finally, some tunes to play and sing for Dan Patrick at the conclusion of the interview. Check it out.McEnroe joined The Dan Patrick Show to talk about how different the game of tennis might be today if players still used wooden rackets, if the sport has made any changes to the ball like the game of golf has in order to curb the advances in racket technology, whether he played better or worse when he was competing with somebody he ‘hated’, if he ever wanted to fight Jimmy Connors, his rivalry with Ivan Lendl, whether he thinks it is harder to pick up the game or tennis or learn to play guitar, and finally, to play a few quick songs on his guitar at the request of Dan Patrick. 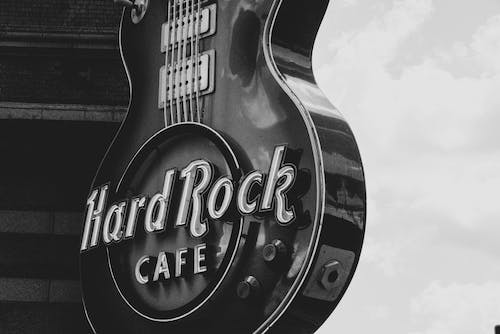 On how different he thinks the game would look today if players still played with wood rackets:

“Well, it’s getting to look a little bit like Ping Pong out there — guys just wailing away from the baseline. Ivan Lendl was sort of a part of starting that, you know, bigger athletic guy, bigger serve but still staying back and going for broke on the ground strokes. It seems like most if not all the players play a similar style. And when you see guys like Djokovic add a little bit to their game, that’s part of the reason why he’s been able to surpass Roger [Federer] and Rafa. And Nadal did the same thing a few years ago. I love the subtlety and nuances of the game, and the difficulty it was to volley. We did that a lot more often. But maybe even more so, the rackets are 20 to 40 percent more powerful depending on which one you pick up, but the strings that they utilize now to create the spin, it’s changed the game even further, made it very difficult to volley. However, it would be difficult to put those types of strings in a wood racket; they’d be breaking a lot of frames trying to get it tight. I think hopefully in the next ten years we’ll get a combination of what we’re sorting of seeing now, more athleticism than ever, but a little bit more of the old-school style where guys become more aggressive and go to the net.”

Have any adjustments been made to the tennis ball like what has happened in the game of golf:

“Well they can do what they want with it. In some cases they’ve made it heavier, in others they’ve deliberately lighter. The women play with a lighter ball, so they get more speed off the serve. And in my day, they sometimes had balls that weren’t as pressurized so it made it even more difficult to get the ball by a guy like Bjorn Borg who was the greatest athlete I had ever seen at the time; sort of the Nadal of my time. So they’ve been forced to try to experiment, and in a way it’s a good thing, but when you see players play the same way all the time it gets a little old. And I think people realize that even 10 years ago when Pete [Sampras] was playing, [Goran] Ivanisevic was all about the serve, they were talking about moving the service line in a few inches. Now people are staying back at Wimbledon, for example, off the serve — which would have been unheard of 10 years ago — so now all of a sudden people it’s ‘wait this is crazy, nobody’s coming to net anymore.’  So they’re going to hopefully make some changes to encourage players to move forward. But it needs to be taught at a young age, and that part of the game has been left behind a little bit. Because it’s easier to serve and stay in one place and not have to move those quick moves you towards the net, because that’s more fatiguing than people realize.”

Whether it helped or hurt his game when he was playing somebody that he ‘hated’:

“It made me play worse if I got too caught up in the emotion of it, but at times it helped me. When I went out on the court against [Connors] for example, we were just like two bulls in a ring going at it. That was sort of fun. Sometimes I would lose it totally and then it would hurt. And guys like Lendl, obviously there was a lot of animosity between us when we played. Borg though was my greatest rival, but we never had a problem on or off the court. So that proved that at least it didn’t have to happen. Most guys I would get in some type of confrontation with.”

Did he ever want to fight Connors or Lendl?

“Connors I wanted to fight. I thought I liked my chances; he was littler than Lendl. But I was willing to duke it out with Lendl; I probably would have come up short, but that was one of the guys where I was really going to throw a haymaker or two and hope for the best. And I’m sure they felt the same way. I guess that’s why we played tennis, because in the end, cooler heads prevail or we’d get thrown a suspension that was too long.”

Whether he thinks it’s more difficult to pick up guitar or tennis:

“You know, ironically when I first started playing, I had this crazy idea that my wife Patty Smythe and I would start a band because she had become disillusioned with it. And then she goes ‘oh yeah, let’s go play mixed doubles at Wimbledon.’ And I go, ‘well you’ve never played tennis!’ And she goes ‘exactly!’ So she sort of shut that down. But ironically, playing guitar — which I started in my late 20s, not the ideal time to start playing guitar — especially the last 15 years or so when we had the first of our two kids who’s now almost 16, she said if ‘anyone’s going to go play, it’s me.’ And the more I started to play my guitar, the more I started to appreciate my tennis.”

After being asked if he was at home and had a guitar handy, McEnroe was asked to go get a guitar from his basement and play something on the air:

(McEnroe then quickly returned playing and singing Norwegian Wood and Smells Like Teen Spirit. I’ll just say he had his moments, but like his temper, his performance could best be described as volatile. Take a listen for yourself).