John Mara: “Teams are making a lot less than we did in 2005 under the old deal”

We have known for a couple of years a work stoppage  was possible in the NFL, but as fans of the game, we thought the owners and players would find a way to strike a deal and avoid this whole thing.  However, both sides didn’t want to compromise and give up too much of their ground and here we are less than a week into the lockout wondering if and when an agreement will ever be reached.  The players voted to decertify the union and take their case to court because they believe the owners weren’t forthright with their intentions to make a deal.  As a lifelong football fan, I seem to favor the players on this one because the owners have refused to open their books and show the NFLPA exactly how much money they are making, or what some teams claim, losing.  Although I don’t know the specific legal aspects of this situation, I do know that such information is critical in reaching a deal.  If I were trying to sell my house and was asked how much the house is worth, I would have to show appraisals and other documents for proof of what I was asking for.  I couldn’t just write it down and give you my word, which is essentially what the owners did when they offered what they said was sufficient data to support their claims; the NFL is operating an unsustainable business model, and that players should relinquish about $800 million annually to stave off dire financial consequences for the league.  The owners’claims could end up being true, but I’m not sure why they won’t just open their books.  Is it because they are hiding something?  I think so.John Mara joined WFAN in New York to talk about if it ticks off the owners when the players take things away from the bargaining table and head to court, what the owners’ stance has been on the labor situation, and whether the owners should have had a plan in place way before it got to this point. 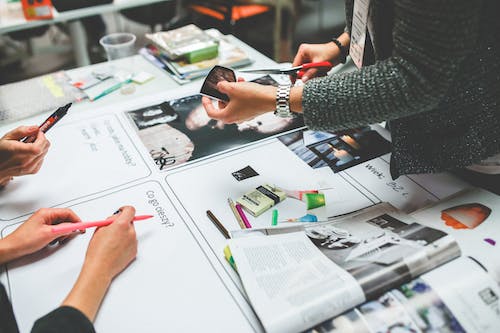 If it ticks off the owners when the players take things away from the bargaining table and head to court:

“Yeah it does.  It does because I was down there for almost two weeks and there was a deal to be made but in order for that to happen you have to have two sides to do it.  I felt we made them a tremendous offer last Friday, and to not even get a response or a counter-proposal I thought was pretty disappointing and it became clear to me, as I have said before, that their strategy here was just proceed through litigation because I think that they believe that gives them the maximum amount of leverage, and I just think that is very disappointing because we were willing to stay there into the night, and we were willing to even give them an extension if they wanted to keep talking and postpone the lockout a little bit more, but at the end of the game they gave us no choice.”

What the owners’ stance has been on the labor situation:

“Well very simple, it is the player cost and non-player cost, for that matter, has grown significantly more than our revenues have and that is the bottom line.  League-wide profitability is down considerably the last four or five years.  Nobody has ever claimed, and we certainly have never claimed, that teams are not making money.  It is just that teams are making a lot less than we did in 2005 under the old deal, so all we have said to the players is, please recognize the fact that in order to grow these revenues we have to spend significantly greater costs and you need to recognize that and we need to recalculate this deal a little bit.  That was our message to them.  We have never said that we are in a situation like the NBA is where most of the teams are reportedly losing money.  That is not the case here, but there is no question about the fact that profitability on a league-wide basis is down.  Listen, their own President Kevin Mawae said a couple of weeks ago that the players made a great deal in ’06 because we panicked.  Listen, I am as guilty as anybody.  We were all for labor peace and at any cost at that point in time.  We were all definitely afraid of going into an uncapped year, we were definitely afraid of any kind of work stoppage, and in so we ended up agreeing to a deal that has not worked out the way we thought it would.  All we are saying to them is let’s sit down and go through the numbers and try to come up with a fair allocation.”

Whether the owners should have had a plan in place way before it got to this point:

“First let me correct you on one thing, record revenues?  Maybe, but not record profits…  On a league-wide basis if you look at all 32 teams, profitability is down.  In terms of the timing for this, we have been at the table with them on and off for a better part of a year and a half to two years, so it is not like we all of a sudden decided to start negotiating a couple of weeks ago.  We have been having discussions with them for quite some time, but as is often the case in labor management negotiations, things tend to go to the last-minute before anyone wants to make any serious moves.  I actually thought during the second week of the mediation process, about a week and a half ago, I actually thought that we were pretty close to a deal.  We really had some good give-and-take discussions with the union leadership.  They went back in caucus and we had some more discussions and a lot of us started to feel like we were getting down the right path and pretty close to getting a deal, and all of a sudden they came back and said, ‘No your numbers are insufficient.  We are staying with our original numbers.  That to me is the thing that irritates me the most is that they have not made a counter-offer on the core economic issues here, and to me that is not what collective bargaining is all about.  They obviously felt that their maximum leverage would be to decertify and go to court in Minnesota, where they have had a pretty good track record, and then come back at some point later when they have more leverage.  Our positioning was, let’s sit here at the bargaining table until we get this done.”