John Fox: “In no way did Kyle Orton ever demand a trade”

The Tim Tebow era in Denver will officially get underway this weekend against the Dolphins. After yet another rough start to the season in Denver, Kyle Orton was benched in the second half of their game against the Chargers and once again Tim Tebow found a way to revive a dead offense. Tebow couldn’t complete the comeback against the Chargers but he showed John Fox enough for him to be named the starting quarterback.The deck is stacked against Tebow as it is, but things have gotten even tougher on the former Florida Gator. The Broncos dealt away their best wide receiver, Brandon Lloyd in another example that 2011 is more about answering questions than it is about wins and losses in Denver. Tebow is not as good of a passer as Orton, the ball doesn’t always look pretty coming out of his hands, he has major flaws and is still a project at this point, and won’t wow you in pregame warm-ups, but Tebow has always done his best work when the lights are shining the brightest and finds a way to move the ball down field and get it into the end zone. That’s something that Kyle Orton wasn’t able to do consistently enough to keep Tebow from taking his job away.John Fox joined 104.3 The Fan in Denver with The Drive to talk about why he decided to bench Kyle Orton, what he expects to see from Tim Tebow this weekend, on the trade of Brandon Lloyd, if the goal in Denver is still to win, on what he sees in the team through five games, on Kyle Orton’s role with the team now, and on the fans being frustrated with the trading of Brandon Lloyd. 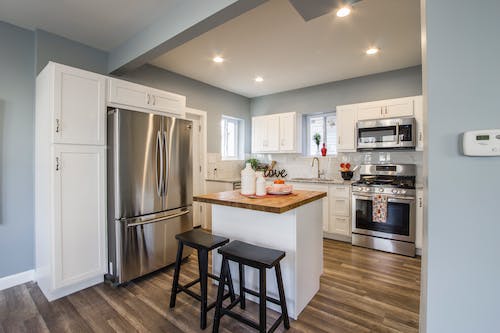 On why he decided to bench Kyle Orton:

“I think we were 1-4 and not that any point it’s one guys fault, but around here it’s not gonna be S.O.S and we’ve got a couple young guys that we like and want to find out if they can help us win.”

What he expects from Tim Tebow this weekend:

“We’re gonna find out. I got to see him myself live, but a lot of guys on staff haven’t except for on tape. He has that kind of leadership ability and you saw that in the second half of the San Diego game. He did spark our team and we’re hoping for more of the same moving forward.”

On the trade of Brandon Lloyd:

“I’d tell anybody that we’re not rebuilding, we’re building. We were 4-12 last year and it wasn’t like we were dominant. We’re 1-4 this year and it’s not like we’re being dominant. I think change in this case is good and we’ve got some guys coming back that we have investments in. Demaryius Thomas, Eddie Royal, Matt Willis is coming, and the emergence of Eric Decker. Those guys out there more might serve us better in the near future.”

If the team is still trying to win:

“Well no doubt. That was the goal to start the season. We’re not even halfway through, we’re a little past a quarter, and that’s definitely still the goal.”

On the evaluation of the team:

“I think we’re still in the process. Right now we’re 1-4 and we’ve been competitive in all but one game. Even in that one right until halftime. Learning a lot about the team and how they operate and how they compete and trying to mix and match and get the right guys in. We’ll continue to do that moving forward. Guys are willing, they are buying into a team aspect, they’re getting used to a whole new defense, we have made some changes offensively, but we’ve gotten more physical up front on offense with more of a run mentality. That’s a positive and defensively we’ve made strides against the run. We’re not all oiled up yet but we’ve made some strides in that area.”

On Kyle Orton staying a professional through all of this:

“I can say this. That started way back in training camp. I’ve been in this league for 23 years and I’m not sure I’ve been around a truer pro than Kyle Orton. The way he handled it from the very onset, the very first day of camp in actuality to even during this. In no way did he ever demand a trade. He’s all on board. He’s gonna help Tim Tebow and any other quarterback in that room. Our room has tremendous chemistry and knowing all the young men like I do that’s not gonna change.”

On the fans frustration with trading away Brandon Lloyd:

“I can understand. If I was a fan I would be upset with 1-4. Understand he was a part of that. Not blaming him by any stretch but at the end of the day in this league people don’t remember who made the Pro Bowl. We’re looking for Super Bowlers, not Pro Bowlers. That’s the type of guy, not to say Brandon is not that guy but I think we’ve got some young guys on the team that can be.”