John Elway on Broncos 45-10 Loss against Detroit: “Anytime you have a performance like that, everyone’s responsible.”

Well that didn’t go so well for an encore performance. A week after leading the Denver Broncos back from the grave for an improbably 18-15 overtime win over the Miami Dolphins, Tim Tebow was not able to muster such magic in Denver’s Week 8 matchup against the Detroit Lions. Tebow was just 18-of-39 for 171 yards, 1 TD and 1 INT in Denver’s 45-10 loss against the Lions. He was sacked seven times on the afternoon and pressured numerous other times during the frustrating blowout. So what’s next for Tebow? According to team president John Elway, the Broncos coaching staff will look at the tape on Monday and determine whether it might make sense to sit him so he can learn from the sidelines, or if they’ll push forward with Tebow beginning next Sunday in Oakland.Elway joined 102.3 The Ticket in Denver to talk about what happened to Denver during their blowout loss to Detroit on Sunday, if he thinks Tebow progressed in any way during Sunday’s loss, if he thinks the play calling could have been better suited to Tebow’s strengths, the possibility of John Fox and the Broncos coaching staff benching Tebow for next Sunday’s game against the Raiders, if he thinks Tebow might benefit from returning to the sidelines a bit longer so that he can learn the game and position a bit more before playing again, and if he thinks it’s fair to say that the Broncos coaching staff is having as hard a time adjusting to Tebow’s strengths as Tebow is adjusting to playing quarterback in the National Football League. 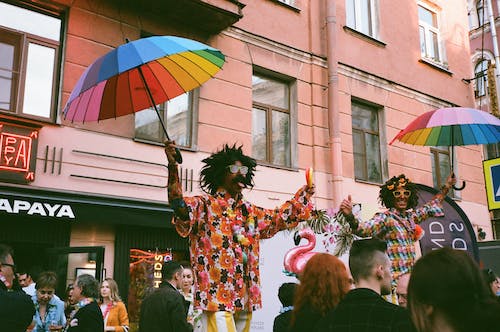 On what happened on Sunday to the Broncos:

“We got beat. I mean, no matter how you shake it around we got beat by a better football team and we played poorly and when you get a team as talented as that, you can’t afford to make mistakes or play as poorly as we played.”

If he thinks Tebow improved in Sunday’s loss:

“No, no, I think if you look at what they did defensively, they had a good game plan in the fact that they were not a blitzing team before they got in here and they got after Tim and they manned us up in the secondary and came after Tim in the pocket and they were going to make him get rid of it quick. Number one, they had a good pass rush coming in then you add the two blitzers that they had, and they tried to just smother him and they did a good job. You can not win football games unless you pick up third downs. That’s the bottom line. I think we were 0-for-7 at half time on third downs, and we started that way last week. And it’s not one guy, it’s the entire offense, but I think if you look at the number one thing, if you don’t pick up third downs and keep yourself on the feel, you’ll never get a rhythm offensively. I don’t care what the play calling is or anything else, until we do a better job on third down, we’re not going to be a successful offense.”

Whether he thinks the play calling could have been better tailored to Tebow’s strengths:

“I think that anytime you have a performance like that, there’s always plenty of I don’t want to say blame but coaching staff, players, line, receivers — everyone’s responsible. So everyone could have done better when you get beat that bad. So everyone needs to look at themselves and say how can we get better. But there’s no question, there were obviously some situations where play calling could have been better, but I don’t care what you do, unless you pick up third downs, play calling can not help you. And so I think that is the key thing, and as the quarterback’s job, it’s your job to pick up third downs because that’s what keeps you on the field. Now, you have to give them credit because they’re a good defensive team with a good front four. Now you add two more blitzers to that which they were going to do — they were going to smother Timmy, they were going to keep him in the pocket, and make him throw it and get rid of it quickly. And they were able to do that successfully, so they stuck with it.”

If it’s possible that Tebow might not start next Sunday against the Raiders:

Whether he thinks Tebow might benefit from taking a seat and learning some more before being thrown back out there:

“I think that there’s adjustments on both sides. Obviously when you have a quarterback of Tim’s skill set and age and youth, so I think they’re doing everything they can to put Tim in the best situation to be successful, as well as this offense. Obviously it hasn’t worked yet; we’ve struggled on offense the past two weeks. So we’ll continue to work at it and see what we can get done.”