When John Elway was hired to join the Broncos’ front office in early January, the first order of business was hiring a new head coach.  After John Fox was hired, Elways turned his attention to preparing for the NFL Draft.  This will be the first big test for Denver’s newly assembled front office, and the stakes couldn’t be higher. The Broncos pick second, the highest in franchise history.  Last season, the Broncos were one-dimensional on offense and had the league’s worst defense.   Elway can’t afford to miss with this one, especially knowing they only have six picks to begin with and four out of the top-65.  He needs to use those picks wisely on dynamic players that can come in and start immediately.  The defensive line is their biggest position in need and Nick Fairley is one of those guys.John Elway joined Mile High Sports Radio in Denver to talk about what he learned from the Combine — both the process of how to go about evaluating talent at the event, as well as who caught his eye — what he thinks the primary difference is between today’s college players and those that played in his era,  whether he thought Nick Fairley was smaller than he expected, and whether Kyle Orton has the starting position locked up or if Tim Tebow has a chance to compete for the starting nod at quarterback. 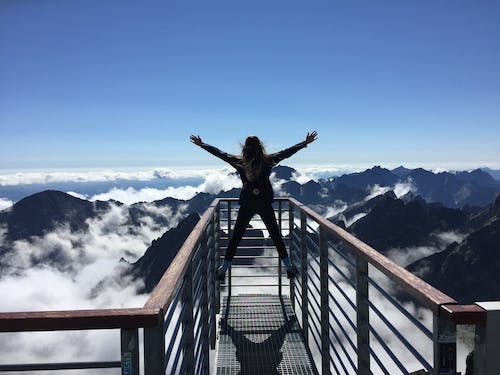 What he learned from the Combine in judging the talent:

“I think what you realize is the in-depthness and how deep these guys were looked at and how deep we drill in on these guys to be able to make the best picks when the drafts come around.  I think we see all the testing and all the testing is filmed and then you have a chance to sit down and talk to the kid for about 15 minutes, at least.  You pick 60 guys that you want to sit down and talk to so you get to talk to them for about 15 minutes apiece.  It is the start of the process that continues to go very, very deep when you look at these kids.”

What is different about the players coming out of college vs. when he played:

“You know they are much bigger, there is no question about that.  I think when you look at the offseason and the programming and the nutrition and the different training techniques that they use now are so much different when I came in the league.  You know back when I came into the league the offseason program as far as lifting and that kind of stuff was really in its infancy.  So it started from there and since then it has continues to grow and grow.  When you just look at the overall nutrition and the training techniques, plus the genes that these kids have, you know they are just naturally getting bigger and bigger and stronger.”

Whether Kyle Orton has the starting position locked up or if it is up for competition:

“Well I mean we are in the first of March.  As you sit here and you look back at what happened last year and the way that they played and obviously Tim came in and started the last three games and played well but was also very raw…  If we sit here right now Kyle would be the starter.  Now, Fox likes competition and I think that is what makes everybody better as competition at every position and so therefore when he gets here he does not know anybody here so when he comes into camp and brings these guys into camp, every position is going to be competed for and the best guy will play there.”

On the importance of their second pick of the draft being a late, first round pick:

“Yeah I mean there is no question.  I think we have four picks in the top-65 and so we have to have kids that will be able to come in and help us by being able to play right away, especially those second rounders, and the third rounder because we are early in the third round also, so we have got four in the top-65, so those are the type of guys that we really have to come in here and be an impact and be starters for us because of the fact and add depth.  Not only are we not that good on defense we are starting to creep up there in age and so we have got to improve that a lot better not only on the age side but also on the talent and what we do on the defensive side.”

Whether Nick Fairley was a little bit smaller than he expected:

“Well I think when you look at him the measurables that everybody had on him, he was 6’6’’ 310 lbs. or something.  So I think he came in and measured at 6’4’’ 291, so I think he was a little bit smaller than anticipated but I think he was just as good athletically and timing-wise in the 40, and those quickness drills and everything that he did there I think he was everything everybody thought he was doing those drills.”

How his hands are going to be tied if the lockout happens: