John Daly At the Masters on Winners, Gambling, Europe and the Economy

John Daly has always been one of my favorite athletes golfers. He’s long off the tee, he pounds Diet Coke and smokes countless cigs while on the course, and he’s not afraid to get arrested at Hooters and thrown in jail in Winston-Salem (ironically, I live there and managed to be out of town that weekend; and yes, there are like five links to me media-stalking Daly last time he was in Greensboro and yes, I suggest reading them.)Anyway, Daly is down at Augusta slinging his personal merchandise despite not being in the Masters because of a six-month suspension that the PGA imposed on the, ahem, rowdy golfer. Fortunately, he caught up with 790 the Zone, who was also nearby, for about three and a half minutes of pure Daly gold with topics ranging from the Euro Tour to the economics of gambling. As always, good times. 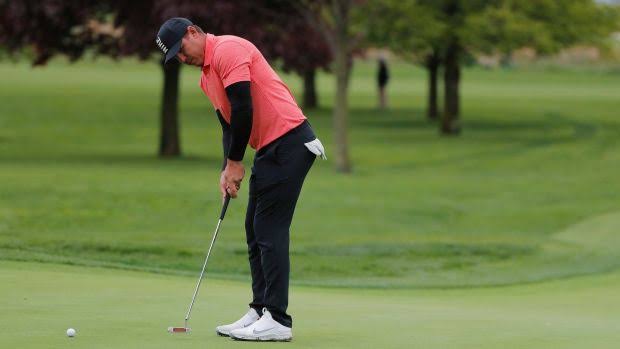 Any regrets you’re not inside the gates?

“I’m playing in Europe for the end of this month and in the end of May hopefully get in Colonial and come back and play.”

“I just been blessed. I know I’ve done it before and hopefully I can do it again and make my fans happy and make me happy too.”

Has he been working out or gripping and ripping?

“I’m working with Rick Smith and working on shortening my putting stroke and trying to get my short game back. I lost about 40 pounds – I had lapdance (Ed. Note: I swear he says lapdance. I think.) surgery about 8 weeks ago and they put a tube on the stomach and tightened it up and I haven’t even had to fill yet but hopefully get down to 190 by the end of this year.”John Daly on gambling, the Masters, and the full interview after the jump.

“Nah, I haven’t been doing that either. Hell, I’m broke, bub, can’t do it. Economy’s so bad, slot machines are cold, everything’s cold, they got everything set so no one can win.”

On who he likes to win at Augusta:

“I haven’t seen any scores today but my dark horse is my buddy Pat Perez and I think Tiger – you can’t rule Tiger and Phil Mickelson and Vijay Singh out. Vijay’s kind of had an off year and I think he’s going to play well this week.”