John Calipari has been a winner wherever he has gone, with the exception of the NBA. Now, it’s not always known how long those wins will last and the banners will hang as he has run into some NCAA issues but he knows how to win at the college level. When he took over at Kentucky, it didn’t take him long to put his mark on a program that had been dormant for a bit. His first few season he had loads of talent but still fell short of a championship. But last year was Calipari’s time. For the first time in his career he finally got a taste of the NCAA Championship. John Calipari joined 106.7 the Fan in Washington D.C. with Mike Wise to talk about whether he feels like he got vindication with winning the national title this past year, on John Wall’s struggles early in his career, if he worries about the perception of him around the country and if he ever thinks about going back to the NBA. 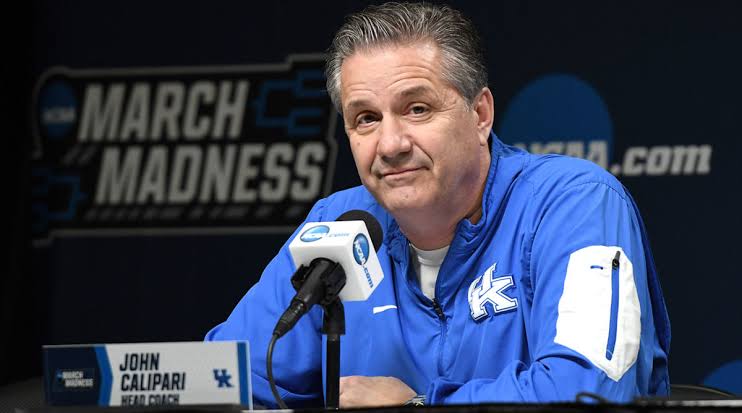 Whether he feels like he got vindication with winning the national title this past year:

“There’s two parts of this, number one I’m at Kentucky. Five different coaches have won the national title here. Can you imagine? None of us have won it at another school. You come here and win and it probably has to do as much with you’re coaching at Kentucky as who you are and what you are as a coach. The second thing I want to tell you is I look at this job now and you’re not in the business of basketball, you’re like in the business of helping families. We’ve had seven kids graduate in three years, we had a 3.2 grade point average this year, 3.0 last year with Brandon Knight and those kids and we’ve had 15 players drafted. That’s crazy. Now I go into homes and I’m like the generational cycle of a lack of education that’s going to be broken here, the generational cycle of poverty guess what folks, when I say generational I’m not talking ten years I’m talking 200 years, has been poverty and it’s going to be broken and this now becomes a more powerful job because you’re changing lives and it’s not like you’re intending to do that but you look around and say wait a minute this is bigger than just trying to win a basketball game.”

On John Wall’s struggles early in his NBA career:

“We’ve had three number ones here in the last few years. First of all Derrick Rose, do you remember what happened and how the ball dropped and Chicago got that ball? Are you crazy? Chicago had a good team. Derrick Rose walks into a team that could’ve won 35 without him and all of the sudden they win 45 because he’s there. Now he’s Rookie of the Year and all of the sudden it goes on and he’s boom, boom, boom and they have a playoff team that is trying to win a championship. Now John Wall walks in and I love the people there and they’re good friends of mine but they’re a bad team. You have to go into that league and play to your strengths. John’s speed and quickness but they weren’t guarding any other people so now all of the sudden you had three guys on him. Did he handle it perfectly? No it was all new to him and he was 19-years-old for God Sakes so what I’m hoping now is that this team that they put together you will begin to see John Wall do what I know he can do in that league. That is not a league that one guys makes a difference, it’s just not. I coached in it and by the way I got fired so I’m not that much of an expert but he will do fine.”

On the perception of him:

“What I worry about is doing right by young people and their families. You do those things. You go out and do the best you can and instead of, again the press, agenda driven at times, they paint white hats on certain guys and put black hats on other guys so when things happen to the white hat guys they’re not writing about it, they’re not addressing about it and they’re not talking about it. If something on the edge happens with one of the black hat guys then all of the sudden they pitch tents in front of his house. At the end of the day, 50 years from now, people are going to look back on the job that we all have done how we’ve been as a husband and a father, how we’ve done with our communities, how charitable we will be, what kind of legacy did we really leave and there won’t be emotion or agendas to it. They’ll just look back so I don’t buy all of that and I don’t listen to it. If someone says here’s what I think you are or I will ask the question, whatever you think I am I agree. How about that? I’m not worried about that. You think I’m what? OK, I agree.”

If he ever thinks about going back to the NBA:

“Nah I don’t believe so. If I wasn’t at Kentucky then maybe but I’m in a job where I have more impact on families. I can’t begin to tell you. It’s changed even how I look at what I do. I don’t even look at myself as a coach anymore, I look at myself as a person who is truly a servant leader, who has been put in a position that at the end of my days if I can sit down and I’m on a bed and I look around and say 80 families or 90 families the generational cycle for them has been changed and we played a small part in that, is that worth 10 national titles? Now if you can do both then great, but here’s my point, if you’re about these kids then they will drag you where you want to go and drag your program where you want it to be. You just zero in on them and worry about them and that’s what I try to do. I’m not saying I’m the best or I’m the only way to get to the NBA or I have magic wands, I don’t, John Wall will tell you, I don’t promise starting positions, minutes, shots and I don’t say any of that. I say it’s the hardest place you can go but I will look after you. You will be part of my family, I’m not going to throw you under the bus, I’m going to be there for you but you’re going to change if you’re not doing right. That’s the way we approach it here and I’m really happy. We have a brand new team now but I’ve said that every year. It will be interesting and exciting.”