After a one-year hiatus from the NCAA Tournament, the Kentucky Wildcats are back in the dance and they are back as a number one seed.  Led by a trio of freshman that’s as good as I have ever seen in College Basketball on the same team, the Wildcats come into the NCAA Tourney with high expectations after a 32-2 season and an SEC Conference Title.  John Calipari, John Wall, DeMarcus Cousins, and Eric Bledsoe came to Kentucky with very high expectations in their first year and so far they have lived up to the hype.  However, in Kentucky, it’s not about winning Conference Championships and it’s not about getting to the NCAA Tournament and winning a few games.  It’s been more than a decade since the Wildcats last went to the Final Four and with a number one seed attached to their resume and one of the best players in the country, nothing short of a Final Four appearance will be considered a success.  The young Cats have gotten over every hurdle that stood in their way this year, but they will have plenty more to leap over on their road to Indianapolis. John Calipari joined Mike and Mike in the Morning on ESPN Radio to talk about how difficult it has been coaching such a young team, what his team will learn from such a close SEC Championship game, and whether or not he is upset about the draw that his team got in the Tournament. 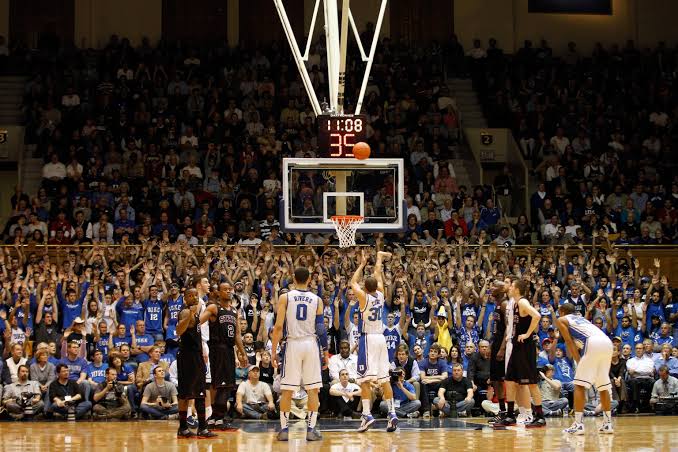 On the difficulties of coaching such a young team:

“Mike I had a good friend of mine, Jersey Red, call me after the game and said ‘do you know how grey you look?  You gotta paint your hair or do something.’  I’ll tell you what.  It’s been fun, but let me say this…it’s been challenging.  There are things that are said and go on with these kids that just make decisions and emotions and it’s like wait a minute guys.  But they’re goodhearted kids and they really want to do well.  I pointed out Daniel Orton after our game because Daniel has been playing great.  He was recruited here by Billy Gillespie and told he’d start and he’d be the man.  All of the sudden he comes and there’s this big beast here named DeMarcus Cousins.  He’s still a good kid, he’s done everything we need and that’s why we’re winning.  We’ve got guys like him on this team.”

On what the team will learn from the win against Mississippi State yesterday:

“The biggest thing that happened was that they stuck together.  Patrick Patterson gave up a three in the corner if you remember.  He left a corner shooter and then we were down five with two minutes to go and I had to call timeout to get their heads together.  Eric Bledsoe looked at Patrick and said don’t worry about it, we’ve got your back.  We won’t let that end the game.  He went out and made plays.  That’s how a team does it.  Then who tipped the last ball in regulation?  Patrick Patterson tipped it out, John Wall shoots an airball, and then DeMarcus Cousins has the presence to shoot it quickly.  He kinda grabbed it and threw it.  If he came down and ball faked or anything, we lost the game.  It was a good finish, feel bad for Mississippi State but Tony Barbie, who played for me and coached with me at UTEP, they say it got him in.  So in one way I’m happy, but I’m disappointed because I thought Mississippi State should’ve gotten in to.”

On how he feels about the seed that his team received:

“You worry about your own little corner of the world.  What you do last night is you complain.  What they tell you is you complain about your seed, you complain about your region, you look and you say ‘why did they do this to me?  They sent us here, we play at this time.’  Then you get down to I’m only worried about East Tennessee State and we better worry because they had Louisville beat, they have their team back, Murray Bartell coaches like his father, Gene Bartell, and you better be ready to play or you get beat the first one and you’re the first one to get beat by a 16.  Then if you do that, you worry about either Wake or Texas, if you do that.  I look at this field guys, I love Kansas.  I love their veterans, I love their young kids, and I love their size.  I love Syracuse.  Oh my gosh, you don’t want them.  But what about Ohio State?  I love West Virginia now.  You talk about a dogfight kind of team and Duke right now.  I saw that North Carolina game and I turned it off because I’m thinking Duke can’t be this good.  There are a ton of teams playing really well.  It was hard to seed it, it was hard to put the teams in you could tell, and now to play is going to be harder.”

On the difficult region that they were placed in:

“I told my team, whatever they throw at us, we want.  You want the hardest road they can throw.  That’s what you want.  You don’t want an easy road.  We have a hard road, but Kansas has a hard road too now.  We probably have the hardest road, but every road is hard.  You’re in a steep climb.  Every team has a steep climb yet there’s some that are a little steeper and it’s obvious.”