Johan Santana: “I am came here for a reason, it was to help this team win a World Series”
by timgunter

The New York Mets are currently in second place in the NL East just three games behind the Atlanta Braves.  Through the first three months of the season, they have been getting great starting pitching, timely hitting, and winning close games they normally lose, all while the ace of their pitching staff, Johan Santana, has been pitching mediocre.  After Wednesday night’s game against Cincinnati, Santana is now 6-5 with a 3.15 ERA and started to look a lot like the player we all became to know. 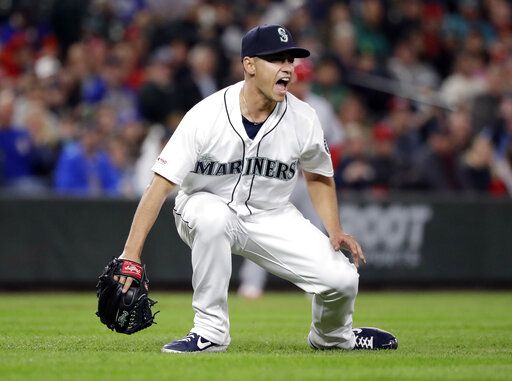 He is going to be relied on more and more as the season progresses, and lucky for them, Santana has been one of the best pitchers in baseball in the last eight years or so.  If he can be the player the Mets thought they were getting when they signed him as a free agent, they should be able to make a run for the NL Wild Card.  Atlanta looks like they are going to be hard to beat this year and Philadelphia is playing poorly right now after recent injuries to some key players, so the Wild Card is more than likely.  But with the Mets, the question remains, when will they collapse? Johan Santana joined WFAN in New York to talk about his thoughts on the home run that he hit Wednesday night off the foul pole, whether he can be the Johan Santana from a few years ago, and whether he thinks the team has the makings of being a good team down the stretch.

His thoughts on the home run that he hit Wednesday night off the foul pole:

“I couldn’t believe it.  I have been in situations where I am not part of the lineup every time that I am pitching but I have to come out with something trying to help somehow.  There are times where you are not able to.  Most of the time you are not able to but to have that last night and to be able to score a run and to hit a homer, it was a great feeling just trying to see the ball, trying to put a swing and trying to make contact.  I wasn’t trying to do anything else but I just got a pitch where I was able to put a good swing and then just like that the ball hit the pole and I was able to hit a homer.  It was a great feeling but at the same time I didn’t know what was going on.”

Before Wednesday night, when the last time he hit a home run was:

“They asked me that question last night.  It was like video games.  That was the last thing that I remember.”

Whether he hit a home run in the minor leagues:

“No, never.  You know, BP, when we take batting practice maybe once in a while I will hit one, but in the real game we have to go back to Little League.  That is when I played Little League that I hit one.”

Whether he can be the Johan Santana from a few years ago:

“That is what we are working on right now.  I am came here for a reason, it was to help this team win a World Series and you don’t win the World Series in the first game of the second half of the season.  You have to play the whole season and work your way up to all the way to the end and that is what we are looking for right now.  They are counting on me and I am counting on them too and then it is a mutual thing here.  The most important thing here is that we play as a team and we are doing all the little things that it takes to win ball games.  I think that the pitching staff is consistent and that is what we are looking for, to play as a unit.  On the personal side, I feel much better.  I am getting to a point where I know that I am good.  I am feeling good.  I don’t feel any problems at all in my body and then that is a great sign.  It is not about how you start it is about how you finish.  What we want to finish is strong and tough.  That is what we are looking for right now.”

Whether he can be the guy that the team can count on to come through for the rest of the season:

Whether he thinks the team has the makings of being a good team down the stretch:

“I think so.  We just got to play consistent, do the little things and can gain ground.  That is what we are doing right now.  At the beginning of the season they counted us out and the season didn’t even start.  We are playing much better baseball.  We are doing the little things and we are winning games.  We believe in each other.  We believe in the guys that we have and that is what we are going to do, play every game like it is the last one.”
Johan Santana on WFAN in NY with Mike Francesa.