Joe Torre on Beer in MLB Clubhouses: “It’s up to the individual club to police what they do and make the decisions.”

Joe Torre raised eyebrows when he mentioned that Major League Baseball planned to look into the matter of teams allowing beer in their respective clubhouses. The discussion, of course, stems from the reports of Boston Red Sox players imbibing during games this season. Torre, the executive vice president of baseball operations, retracted his statements in the following interview. Well, perhaps retracted is not the right word, but Torre emphasizes how and why MLB will allow individual clubs to legislate the matter themselves rather than trying to enforce a wide-ranging edict on the matter.Torre joined ESPN Radio New York to talk about this year’s World Series, the Fall Classic’s ratings actually being fairly solid for the first two games of the series, if he has any issue with a wild card team getting home field advantage in the World Series, his recent comments about teams allowing beer in the clubhouse, why he would like to take a step back with his comments and emphasize that MLB is interested in the matter but ultimately will allow teams to make individual choices, and whether or not there is any interest or itch to return to the dugout to manage another team. 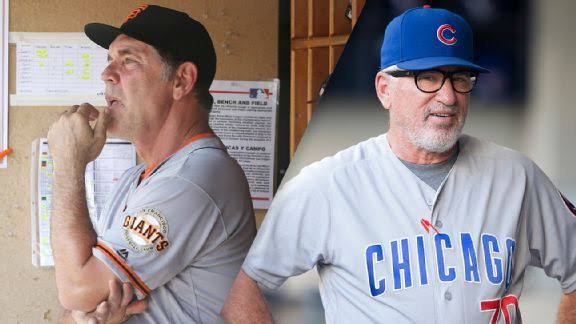 On the World Series ratings actually being fairly good, namely how the first two games beat out the network competition:

“No, I agree. Obviously the commissioner is concerned because the popularity is there because we’ve drawn so many people, but you know as well as I do, it’s all about media and it’s all about people paying attention. And I noticed those numbers — the numbers weren’t very high, but they beat out some very significant people.”

Does he have any problem with the fact that a wild card team that got into the playoffs on the final day of the season will be hosting Game 6 and (if necessary) Game 7 in the World Series:

“Well, the World Series, they always alternated anyway and it was just a luck of the draw in that regard. It would be pretty difficult I think to try go on record, with like hotels, there would be a lot of issues to deal with to try to arrange for the team with the best record to be the host team. I think it’s just the luck of the draw, but at least you have the All Star Game to try to decide it. I’m not necessarily a proponent of that, but don’t tell the commissioner I said that. But it’s just one of those things. I think in time, over the next couple of years we’re talking about adding another wild card team, because for years I felt the wild card team didn’t really have a disadvantage as far as getting into the postseason. And if you add another one, at least they have to go through another layer of playoff games or game to get there. And I think that would offset the other stuff.”

On his recent comments about beer in the clubhouse and the likelihood of it potentially being eliminated from clubhouses:

“Well the one thing I know is it’s an individual choice for the ball clubs. And I had a conversation because I think I talked out of my shoes last night when I said we’d look to it. We’re interested in it. I probably should have stopped there. It’s basically individual clubs make those decisions, and it’s obvious when you have owners meetings, you certainly let your feelings be heard. But I’m sort of torn because it’s like anything else — you’d like to have it available if people responded to it and did it in moderation. But you can’t always guarantee that, and then you’re responsible if something goes wrong. It’s even a matter of getting in your car and driving somewhere; that’s the scary part for me. But it is up to…even though we’re interested in it and I said something about this yesterday, it is up to the individual club to police what they do and make the decisions about how they approach the beer in and beer out.”

If he thinks that perhaps baseball allows things like beer because of the sheer number of games and the need to provide those types of outlets over the course of a long season:

“Yeah I think more that baseball is a game of life. You eliminate the highs and lows. I think Michael [Kay] can tell you, he’s traveled with the club for years, you see the players and you see the people who travel more than you see your family. It’s one of those things that in other sports…maybe in the NFL they put players in hotels, they do something because it’s right before the game. This is more…I don’t want to say matter of fact, but the fact of the matter is you’ve got to do this like showing up to the office every day. So I think that’s probably what makes it different as opposed to telling guys they can’t drink beer for seven months, you know?”

Is there any pull or any interest at all in returning to the dugout to manage:

“If we hadn’t won World Series with the Yankees I’d say ‘you’re darn right.’ But having experienced it, I know what these guys are going through on a daily basis. And to be perfectly honest with you, I’m happy viewing this from where I am. You still love the excitement of it, but as I said, having gone through what we had in New York and coming out on top so often, I really think that was enough for me. I am enjoying this, and I’m enjoying being a part of this from a different angle.”