Heading into the first preseason game nobody really knew what to expect from the Browns. After all, in a shortened offseason the team made a number of changes on offense and defense and it was Pat Shurmur’s first game as head coach in Cleveland. Even though it was just one preseason game Cleveland looked very impressive right from the get-go, especially Colt McCoy, who stole most of the headlines. The second-year quarterback from the University of Texas was sharp as he went 9-10 for 135 yards with one touchdown in three series on the field. Keep in mind though it was just the first preseason game so pumping the brakes might be a wise move for everybody. At the same time this is exactly what the Browns were hoping for when they made all their changes this offseason. While the overall talent and depth is still lacking and the Browns are still in rebuilding mode, they have committed this entire offseason to finding out whether or not McCoy can stop the revolving door that has been spinning at quarterback since. 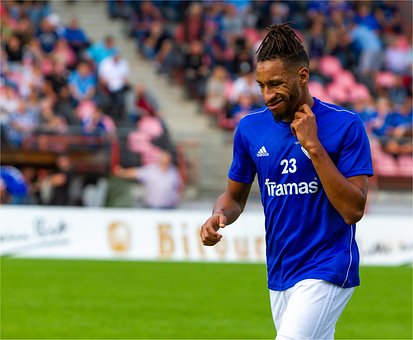 And for McCoy, he is in the ideal situation to succeed. The front office believes in him, the head coach has a background working with quarterbacks, the offense the new regime brought to Cleveland suits his strengths, he has a running game led by Madden cover boy Peyton Hillis, and maybe most importantly he has one of the best offensive lines in the NFL in front of him led by Joe Thomas. Since he came into the league in, Thomas has been a model of consistency and an anchor on Cleveland’s offensive line. The former 3rd overall pick in the draft has lived up to the billing since he came out of Wisconsin. Thomas is a two-time All-Pro, he has been to the Pro Bowl every season since he stepped foot into the NFL, and after just four seasons he has emerged as the best blind-side protector in the league. Joe Thomas joined ESPN 850 WKNR in Cleveland with Tony Rizzo to talk about whether or not he feels like the Browns like flying under the radar, how impressed he was with the way the first team offense looked in the first preseason game, what his impressions are of new head coach Pat Shurmur, how much different he thinks the offense will be this year, and how impressed he was with Colt McCoy.

Whether or not he likes being a team to fly under the radar:

“There’s no doubt. I think the group of guys we’ve got I think we’re going to be a good team to play the underdog role and fly under the radar hopefully until we get to about 10 wins midway through the season. (Laughing)”

How impressed he was with the offense in the first preseason game:

“I was impressed myself. You can’t read too much into it because it’s preseason and there’s pretty minimal game planning, but the sharpness and the tempo with which the offense worked, the way Colt was as efficient as he was making all the right reads, the way we kinda just moved the ball up and down the field, it was good. I’m impressed with the way we’ve grown in only two weeks and a lot of that credit needs to go to the coaching staff, but I think the players kinda stepped up to that challenge because we did miss all the offseason.”

What his impressions are of new head coach Pat Shurmur:

“Yeah I’m super-fired up. I’m so impressed with everything I’ve seen so far. He’s just a fantastic teacher out there. Taking Colt, teaching him, and he’s such a hands on coach. This is a professional businesslike approach, workmanlike every week, and I think that is going to be just great, exactly what the Cleveland Browns need.”

How different he expects the offense to be:

“I think it’s gonna be really different. New play calls, new play caller, we have a lot of different faces on the offense, I think you’re going to a lot see more West Coast type passes versus the runs as in years past, and I’m excited to see how it looks once the regular season rolls. I’m really optimistic about what I’ve seen so far.”

Whether or not Colt McCoy is the quarterback that can take the Browns where they want to go:

“Well there’s no doubt in my mind that he’s the guy that can do it. He’s very impressive in the huddle, he’s very impressive in the meeting room, his leadership, he was a born winner and that’s all he knows. He’s the type of guy he’s coming in here to win day one. That’s what we need. He’s not looking down the line a couple of years he’s saying ‘let’s do it this year.’ All he knows is wins and that’s what he demands in his teammates. That’s just talking about intangibles, but on the field he is just as incredible.”