At the out set of September, the Red Sox owned a record of 83-51 and a slim lead over the New York Yankees for first place in the American League East. A playoff berth seemed all but locked up. Since then, Boston has not only faded from contention in terms of winning the East, but also allowed the Tampa Bay Rays to climb back into the Wild Card picture. The Sox were swept by the Rays down in Tampa earlier in the month, and then lost three of four games at Fenway Park this past weekend. After splitting their double-header with Baltimore on Monday, Boston holds just a 2 game lead over Tampa Bay for the American League Wild Card. The near impossible proposition a few weeks ago is beginning to gain some steam coming up on the last 10 days of the MLB season. This week the Rays take on the Yankees, playing four games in three days, then go home to take on Toronto and New York to finish out the season. The Red Sox have two more at home with the O’s this week before finishing the season away from Fenway with games against the Yankees and Baltimore once again. It’s going to be some finish if the Rays continue to play the hot baseball they have been playing. The Red Sox are left rooting for their arch nemesis because the Bronx Bombers will have a say on their future in the next week or so. You gotta give Joe Maddon and his Tampa Bay Rays some credit. 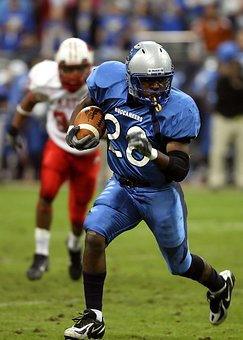 They were an after thought at the start of September and have climbed all the way back into the Wild Card race against all the odds. Joe Maddon joined The Dan Patrick Show to discuss if he cares at all about winning a Manager of the Year Award, whether he thinks his team is hindered by all the media attention heeded to the two East coast star squads — the Yankees and the Red Sox — changes the Rays have made since the start of September, a baseball imprint being on David Price’s chest after he was hit with a line drive on Sunday, and if he senses that Boston might be panicking with the Rays breathing down their neck.

Do you care about American League Manager of the Year award?

“Not really. I’m more concerned with team of the year award. If we can get into the playoffs and get back to the World Series and do that it would be outstanding. Honestly, every manager would have to tell you the same thing. I’m just so proud of this group and how we have fought back into this thing. When we started out it wasn’t suppose to be this way from the beginning of the year according to a lot of different folks, but our guys have been fabulous and we are playing our best baseball right now.”

Do you suffer at all with the East Coast Bias with what everyone thinks of the Tampa Bay Rays?

“Honestly I don’t. We pretty much circled the wagons well down there in the Tampa Bay area. I really often talk to the guys about. I actually think it fuels us more than anything. I also think playing in our division against these teams in these ball parks has made us better quicker. I really do. Back when we began here in 2006 we got beat up a little bit, but I also thought having our young guys play at Yankees Stadium and the new Yankees Stadium and Fenway Park, what better places to develop quickly? I think in some perverse ways it has actually helped us.”

What made you guys change at the start of September when you were an afterthought?

“Honestly, this may sound corny, but we never stopped believing that we could do this. The fact that we had to play these guys so often that made it possible. That fact that we had to play the Red Sox so often and the Yankees so often. You didn’t know how it was going to break down between those two teams, but that wasn’t our concern, but nevertheless we had a lot of games against them at the end of the year. When you see that schedule at the beginning of the season you think my god that isn’t a cool schedule, but it is benefiting us the fact that we are playing these guys so often late. That’s what gave us hope regarding all of that the fact that we did play these guys often enough to really somehow create our own destiny.”

Was there a baseball imprint on David Price’s chest on Sunday?

“It was…I mean we got out there. First of all when someone gets hit in the chest it’s scary because it was hit 100 miles per hour every bit of it. It was a little bit discolored by the time we got out there and then he wants to keep pitching and we let him go out for the next inning and it’s cool. I can see it in his face he was just getting stiff and I had to convince him that it was the right thing to do for him to not go back out there, so he truly is a tough guy. They all are. Our young guys I really enjoy being around because they have a good time, but they play hard and they all have a great make up.”

Do you sense panic in Boston?

“Well it was different. You could definitely see that and I talked about it a lot in the papers. I was involved in 1995 with the Angles when we lost a 13-game lead. It was really awkward walking into the ballpark. You felt really heavy. There was this weight about it walking into the ballpark where actually your legs didn’t want to seem to work either. It’s an odd life experience and it comes through sports primarily I think when things are slipping like that. It can be difficult and you need a couple of guys more than anything to lift that burden somehow, but it’s hard to really get that burden off you when you starting doing that heavy.”