Dallas Cowboys Special Teams Coach, Joe DeCamillis, and many others in the organization just went through a horrific incident were 12 people were injured and one man was paralyzed.  DeCamillis was lucky, I suppose, if you can call it that, when the Cowboys’ dome-type training facility collapsed on him and the others in Irving, Texas.  DeCamillis broke several vertebrae, dislocated his C7 vertebrae, and also dislocated his neck.  There is frightening video of the facility crumbling filmed from within the structure.  The helpless feeling of being caught under that rubble makes me cringe.  Imagine being claustrophobic and underneath concrete, etc.  It’s a little unnerving, I don’t wanna type about it anymore let DeCamillis take it away.  DeCamillis joined  the Zone in Atlanta to discuss what he saw  went through, the fear of suffocating, and telling his wife. 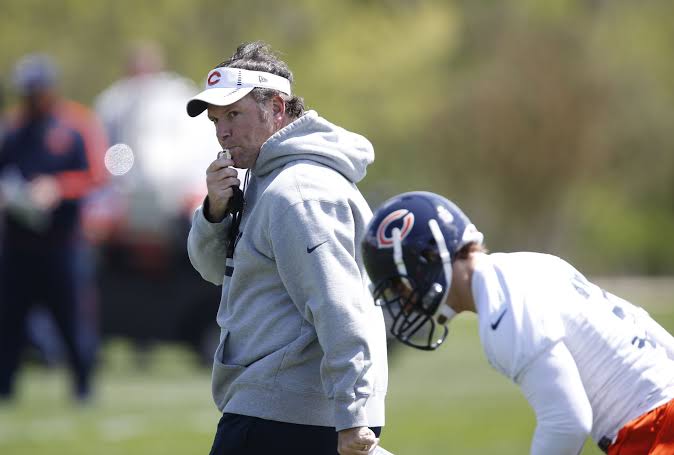 “I just ended up with my special teams period, and it was bad weather obviously, that’s why we were indoors.  And, all of a sudden you look up and you see the thing kinda move.  A little bit unsettling obviously, and then you started seeing the video guy that was the endzone camera, started to really rock and roll.  You knew the structure was in trouble.  Guys started to get out the doors that they were close to – I happened to be close to the door on the east side… Which unfortunately, was not the great thing, ’cause what happened was the structure ended up falling on to us.”

Were you caught underneath the debris?

“The scariest part was the tarp was on top of us.  So, you thought you were really gonna suffocate.  I knew my back was hurt, but you thought you were gonna suffocate when you were sitting there because there was like six inches of water on the ground, and there was a big ol’ tarp that was on top of you.  That was really scary… I can still kinda see something falling on me, but I’m not sure if it was a beam, I couldn’t tell you what drilled me into the ground… To be honest with you, I was more worried about suffocating, so what I did was get on my back, dug my elbows in to the ground and then shot my feet up, and just tried to create some air right there.  And, when you did that you could hear people yelling and screaming.  And, the poor kid that got paralyzed, you could hear him yelling.  It was a pretty scary situation, no question.”

How were you rescued?

“I still don’t know how this happened.  People started ripping open the tarp to get there, there’s a lot of heroes within that organization.  Guys started ripping open the tarp, well, you could see the light.  I saw the guy that was paralyzed, I saw another guy that was crumpled up next to me – I don’t know whether he was dead or alive.  And, then I saw the kid that had the compound fracture, so I could see him.  And, I’m sitting there with my back and I’m thinking, ‘Geez, you wuss, you gotta get up, man.’  So, somehow (laughs), I ended up walking inside to my office… And, I called Dana, my wife, and I said, ‘Are you all right?’  And, she said, ‘Yeah.  I’m all right.  It’s bad weather but what’s the matter?’  And, I said, ‘Well, you’re gonna see something on the TV, the dome just fell on me but I’m okay (laughs).”