If there is one particular NFL team that may be suffering immensely due to the current lockout it has to be the Indianapolis Colts. Indianapolis is on deck to host the next Super Bowl and if the lockout is not lifted by Judge Nelson or a new collective bargaining agreement is not reached, the city of Indianapolis could be in jeopardy of losing out on the financial windfill that typically comes with hosting the Super Bowl. The Colts have also attempted numerous times to lock up franchise quarterback and NFL poster child, Peyton Manning, to a new long term contract. Jim Irsay has made it his number one job to keep number eighteen in blue and white for the rest of his career. The owner of the Indianapolis Colts feels that the lockout will eventually be resolved, but claims that the negotiations must go through their normal course. Jim Irsay joined ESPN 101 in St.Louis with Zach and the Coach (Rick Ventura) to discuss what song would describe the NFL lockout, how he would explain to the common fan the owners point of view in the lockout, if Roger Goodell’s image with the players impacted due to the lockout, how important is it to sign Peyton Manning to a long-term extension and what would he say to the critics who believe he may be looking to get a quarterback in the upcoming draft. 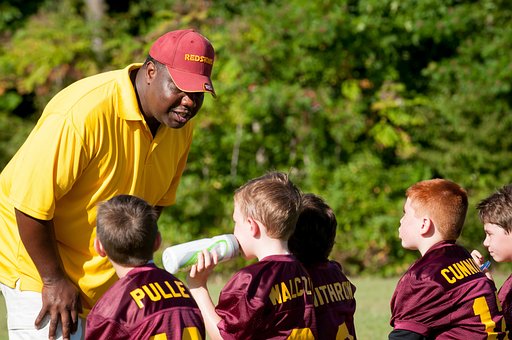 If you were able to sit down with the players and owners again what song would you select to play?

“You know off the top of my head…god I would probably go with something like U2, ‘It’s a beautiful day.’ Only because I’m an optimist you know what I’m saying…I believe and look this has been a tough thing. You and I went through the 1987 and 1982 [strikes] and those things and there’s not a lot of owners, certainly not many players, and not a lot of people around that go back to 1982  when we played nine games. In 1987 which were replacement games and that sort of thing. You know I would pick an optimistic song like U2′s ‘Beautiful Day’ because I believe we can get this thing done. It’s going to take more than just optimism. It’s going to take some continuing to re-evaluate everyone’s position and really getting down to getting something done and it is April, it’s not October. We have to use these coming months…litigation is not going to solve this thing. This thing is going to be solved through collective bargaining and getting a new deal. We will get a new deal. The key thing is to stay focused and get one in a timely way, so we can have a great season and obviously we have the Super Bowl here in Indianapolis, which I have with many people been preparing for. We’re looking forward to a great year and I’m optimistic that we can get these sort of things done. I think the lesson I’ve learned from other owners like Wellington Mara and Lamar Hunt and Art Rooney Sr. and those guys is about the game and about the fans and you really have to go forward and be a steward. You have a lot of responsibility weighing on you that you make decisions that’s in the best interest of the game. I think that kind of spirit still exists and I’m optimistic if that we keep working we’re going to get something done.”

How do I explain to an NFL fan here in St. Louis the owners’ point in this whole deal regarding the lockout?

“I think the bottom line is that anyone that has been through business negotiations and everyone has in some way, shape or form…it’s a process and deadlines usually get it done and all those sorts of things. I think we have more media coverage now than ever before, obviously than when we had it back in the 1980′s when we had work stoppages, so the spotlight is so bright and the interest of the game is so great that we know that it gets frustrating. I think there are a lot of aspects to getting an agreement that is about making sure it’s good for both sides and mainly good for the game, so I think you gotta be patient and you gotta understand the jockeying that happens in any negotiation because we’ve all been through it in some shape or form.”

How has this lockout impacted Roger Goodell’s image with the players?

“I’m very confident that Roger is gonna to do a great job for the league, for the fans, for the game, and everything. Obviously, you know my friend Gene Upshaw’s untimely passing, that was something that was tough and changes the dynamic a little bit because with Gene you really knew him for so long, so I think it just get a little bit different when you get new leadership. I think we’re dealing with all those things, but you know I know from really taking the pulse of the owners. I really wanted to make sure that the spirit of stewardship, that the weight of responsibility, that the understanding of how you go forward and work through this thing that there’s a lot of components and a lot of responsibility in terms of the game, but I know that owners are in a good position and understand that they want to get something done. I know eventually that that’s going to carry the day, that you just have to keep at it and we will get something done.”

How important is it to get Peyton Manning a long-term extension?

“Yeah, I mean it really is. It’s something that I’ve tried to do and we’ve been you know really have offered the highest contract ever given in the National Football League past [Tom] Brady and all of those things and tried to get that done, but for whatever reason with negotiations and with Tom Condon and Tom’s a friend I’ve known for years and all those sorts of things. You know they’ve just decided to wait. To me, like I said, it’s par for the course. It’s something that you know comes up now-and-again in this adversity and this difficult times. You know you work through them. When you have success and it’s that much sweeter because you know how difficult it was and all the obstacles you had to overcome.”

What do you say to the media critics who say you may be looking to draft a quarterback now that you can’t sign Peyton Manning long term potentially?

“You know with the draft you just don’t know what presents itself and so I would say it would be unlikely that we would use a high pick for a quarterback. It’s probably a little too early, but you just never know. You don’t know, with sometimes all of a sudden someone has a strong feeling with a guy and certainly Bill Polian and his son Chris [Polian] now is heavily involved. Bill has had a great track record from an intuitive sense. Those things aren’t out of the question, but probably too early for at this point because I think Peyton really has some years left.”