Even though the conversation never turned to the firing of Eric Mangini, or the future of the Cleveland Browns, Jim Brown’s most recent radio interview was still well worth a listen. Brown’s always been a tremendous story teller, but what makes him unique, is that unlike most athletes, Brown has lived a rich and interesting life after he shocked the nation by retiring in 1965 at just 32 years of age.  That more than anything in my opinion, makes Brown the candid conversationalist he’s consistently been over the past few decades. Come to think of it, Brown’s track record of conducting  entertaining yet self-effacing interviews has to be one of the primary reasons why he is still so adored by the media and fans, even though it’s been decades since he last played. 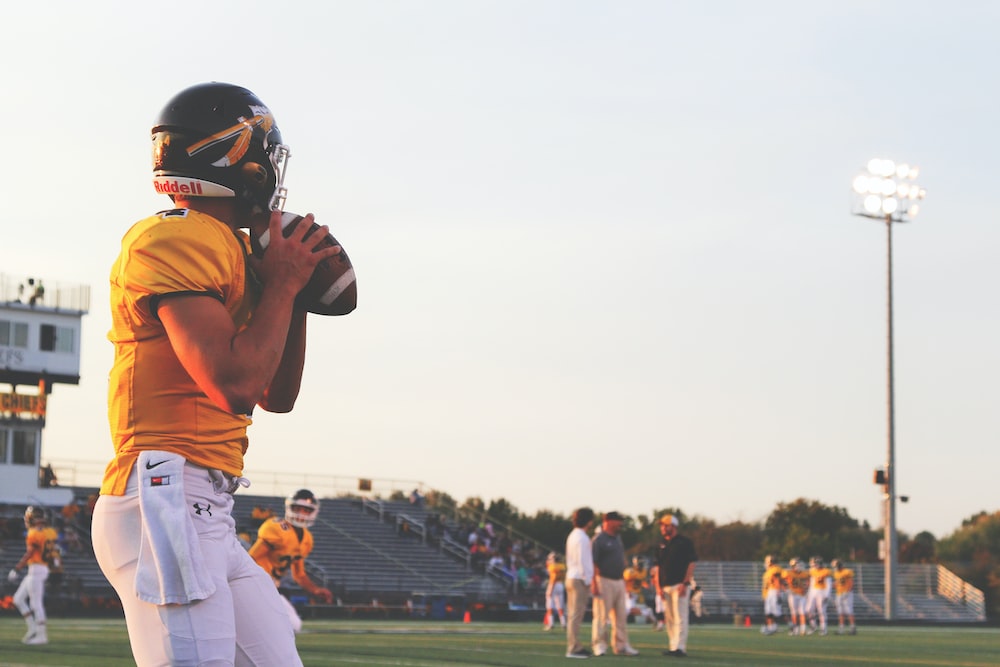 Brown joined The Dan LeBatard Show on 790 The Ticket in Miami to share his thoughts on the rash of new rules in the college and pro game that limits any sort of display of style, emotion or joy after a play, how he thinks the rules should be more open to subjective interpretation to account for situations like the Kansas State player who was recently flagged for saluting the crowd, the situation at Ohio State involving suspended players, the hierarchical power structure of the NCAA, how he was assigned to a family to work for money to buy necessities during his playing days at Syracuse, and finally, some good tidbits about his role in Any Given Sunday – namely, his relationship with Al Pacino, a feud between two star actors throughout the production process, Cameron Diaz’s personality, and his favorite scene from the famous football flick. On what he makes of all the new rules in both college and pro football that reign in all the extracurricular stuff that might occur after a play.

KSU player who was penalized for doing a salute to the crowd during a recent Bowl game:

“I’m glad you asked that question because there’s two ways of looking at it. The first way is that all of the kids know that the rules exist and they should abide by them. But you’re in a day and age when people like to do other things and they do it in so many cases and get away with it. It’s played up by the media and it’s played up by companies because they want these individuals for commercials, and so kids fall for the trap. Unfortunately the referees don’t use good judgment sometimes and overlook certain things, because it is a subjective kind of rule. I didn’t think that was excessive or disrespectful or anything like that. I think that was genuine kind of joy and a little styling  and I don’t think the penalty was correct. So what I think has to happen is the ruling body has to get together and decide what is really important and what isn’t, and what’s entertainment in college football and professional football, and really get some rules that are going to make sense, and then carry those rules out in the hardest way possible.”

On what he thinks of the situation at Ohio State involving football players suspended for selling things that were indisputably theirs:

“Well it’s a mess. It’s really a mess. There’s so many points to be made. The only thing that I see in the situation, and I have so much respect for Coach Tressell – I really think he’s a good man, I think he’s a great coach, and a real fine human being, and I’m just sorry that he’s caught in the middle of all that because I don’t think anyone can explain it to where it makes any sense the way that it is playing out. If they can play in the Bowl, that’s the only issue that I would consider. That’s the only punishment – not being able to play in the Bowl.”

On the NCAA handing out strict and arguably unfair punishment to the star athletes they depend upon to generate revenues and fan interest:

“The NCAA is an organization of tremendous power, and it does things the way it wants to do things. These college kids are caught in a trap in a sense because there’s little consideration of their particular realities, and everything that they do is to get an education, and even that isn’t processed by a lot of coaches and a lot of administrators in the proper manner. So I think there has to be major changes in that organization so that we don’t have to discuss these kinds of things.”

On if he was bribed or offered something similar during his collegiate days at Syracuse:

“Well actually I worked for a family….to be honest with you, everybody worked for somebody to get spending change, because those who were poor had no money at all. And so what they would do is assign us a job with a family. I worked for a family and made about $50 dollars a month. I don’t think it was legal, but it was going on all over the place, and it was actually a necessity because most of the things that you needed to maintain yourself, you had no money to acquire them. So it was really a matter of survival and just to be a normal human being with just things you need to wash your body with, a toothpaste and combs, and extra food and whatever.”

On what his favorite acting role or scene has been over the years:

“I would say so, but talking about Any Given Sunday and talking about Pacino – he’s a great…he’s one of America’s greatest actors, and a hell of a man, and I really look at him as a friend. I enjoyed the cast tremendously, and particularly him. We played a lot of chess together and we talked a lot, and he even came out with us on quite a few occasions. But my favorite scene in Any Given Sunday was the scene I had with him at the bar where we’re both drinking and discussing the circumstances that surrounded us, and what our wishes and desires were while we’re of course influenced by the alcohol. To be up against one of the greatest actors is something that I’ll always cherish.”
On what interesting detail he’d feel comfortable sharing about the production process of Any Given Sunday:
“I’ll tell you one thing, Jamie Fox and LL Cool J had a running feud that became very public. They both had some kind of a problem, I don’t know what it was, but it preceded the film, and it continued after the film. It wasn’t very pleasant. I like both of them, but I don’t think they liked each other.”

On if Fox’s and LL Cool J’s feud noticeably interrupted the production of the movie:

“Well they didn’t really interfere with the production, it was just a one-upsmanship kind of thing, a rivalry that went on. I think it was a matter of two young actors flexing their power and their muscles, and to a lot of us it seemed kind of childish and harmless. But under this gossip section of your interview, I’m just giving you that.”