The biggest news of Monday night in Syracuse wasn’t the Orange beating West Virginia in Big East Conference hoops. It’s what came afterward. In his postgame press conference, Syracuse coach Jim Boeheim used much of his time to criticize a beat writer’s work in comparing him to other prominent Big East coaches. 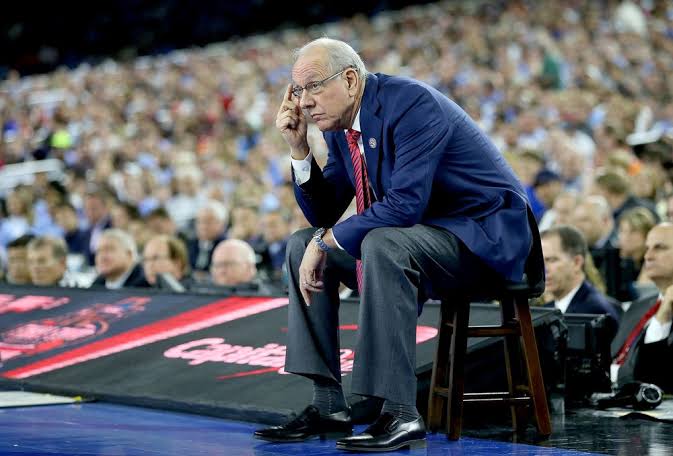 At the forefront was his recent record against Rick Pitino and his argument that the story didn’t include his record earlier in his career with Pitino. The rant also included an awkward exchange with the beat writer when she couldn’t tell Boeheim what his record was against former West Virginia coach John Beilein.When his rant drew criticism on talk shows and such on Tuesday, Boeheim’s rant only spilled over onto a local radio show. In the following interview, he enjoys a constructive argument with the host, Danny Parkins, about the press conference itself and then about comments Parkins has made during the course of the season that Boeheim doesn’t agree with.If you think the video rant is funny, make sure to listen to the radio portion in its entirety as the debate back and forth between Boeheim and Parkins could not be done justice in transcription. So, here you go, two Boeheim media rants for the price of one …

Jim Boeheim joined The Score 1260 in Syracuse with Danny Parkins to discuss his postgame press conference calling out local beat reporters, why he thinks the media are thin-skinned, if he thinks he’s covered fairly and how much longer he’ll coach in Syracuse.

On his postgame press conference where he called out reporters:

His argument about reporters reporting segments of time:

“I find it very unusual that in your hometown paper they’re going to write about a specific coaching matchup. … It was about fairness and it was about, I don’t believe you can pick a segment just like if you do 100 straight radio shows, you’re going to have a few bad ones in there. … I think it’s bad if someone writes just about your bad ones and doesn’t balance it with other matchups or other things that are good.”

On the media being thin-skinned:

“I asked [the reporter a question]. You guys ask me questions all the time, that’s part of my job. When you get asked a question back, you react like you do, you don’t like it. But you know why? Because the media probably has the thinnest skin of any group in the world. Not in the country, in the world.”

Comparing his relationship with the local media to the national media and whether he’s covered fairly:

“I’m covered very fairly. That was one thing. I don’t agree with comparing coaches and comparing players over short periods of time. That’s all. But most of my friends in the business think I’m covered unfairly here. … I have no problem with it. The media is going to cover you the way they feel they want to cover you.”

How much longer will he coach at Syracuse?: