Flash back to just about three weeks ago. Syracuse was in the midst of a brutal stretch. The Orange had lost four of five games, including their most embarrassing performance of the season against Georgetown. After that game Jim Boeheim called it “just a blip.” But it was clearly more than that. It looked like Syracuse was in for a short tournament run. Their head coach even made plans for a post-season family vacation right in the middle of the NCAA tournament. Frustration was setting in. Flash forward to now and Syracuse looks primed to play for a National Title. Their defense has been suffocating this postseason, their sophomore point guard (Michael Carter-Williams) has turned into a tourney star and their wins over Indiana and Marquette have been impressive. The Orange are two wins away from another National Title, something that was comical to think about in February. Jim Boeheim joined ESPN Radio with Mike and Mike in the Morning to talk about what was going through his mind when he saw the injury to Louisville’s Kevin Ware, on the balance that a coach faces in that situation between motivating his players and allowing them space to regroup, what he thinks about the way his defense has been playing lately and what is the toughest part about playing Michigan. 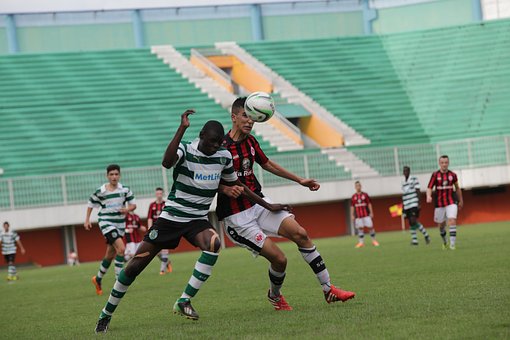 What was going through his mind when he saw the injury to Kevin Ware of Louisville:

“My main thought was ‘I hope the kid is okay’ but my second thought was ‘how do they play?’ The only thing I can compare this to is we once had a cheerleader fall during a big game from the old pyramids they used to do. Fortunately she was alright but it was a 20 or 30 minute process and you don’t know how you keep going when you see something like that and when it’s your teammate. I thought the Louisville players did the best thing they could possibly do to try to win the game for Kevin Ware. I can’t even remember something like that happening to a player at that extreme during a game.”

How much a coach needs to give his team space during an injury like that versus how much he has to motivate the team:

“I think Rick (Pitino) said it right. When Kevin Ware said ‘win the game,’ that is the best possible thing that could have been said at that time. When your teammate says that, he’s obviously going to the hospital and he’s concerned about his team winning the game. I think that was probably what enabled Louisville’s players to just go back out there and play the game. I think that was a key thing.”

On his team’s defense the last two games:

“I’m shocked. Our defense has been good all year in terms of the percentages. Holding people to about 38 percent shooting from the field, which I think is Top 10, maybe Top 5 in the country and I think about 29 percent from the three-point line. Those are the best numbers we have ever had. But these four games in the tournament with numbers like 29 and 15, which I wouldn’t have believed it could be possible. I didn’t think we could ever do that with Indiana the way they shoot the ball. Marquette scored 74 points against us four weeks ago so the numbers are shocking and I wish I could say three weeks ago I did something to make this all possible but I didn’t. My staff and the players were unhappy with the way we played during those four out of five losses. The players went to work and this is the result. It’s shocking to me as a coach right now to watch what we have done.”

On the most impressive aspect of Michigan’s game:

“They shoot it. I’ve thought all year that they were the best offensive team I’ve seen this year. They have so many guys that can shoot it and pass it. They have the best point guard in the country (Trey Burke) probably and the big freshman center (Mitch McGary) is playing at a whole different level now. They were really good in the regular season and now they are at a completely different level.”