Jerry Jones on Romo’s Comeback: “This was a tidewater time for the team”
by Chris Fedor

After a fourth quarter collapse for the ages in week one, Tony Romo and the Cowboys entered Sunday’s game against San Francisco staring a must-win game in the face. With playoff aspirations this season the Cowboys could not afford to drop to 0-2. Thanks to Tony Romo they did not. Romo took a lot of criticism last week, and rightfully so, for his boneheaded mistakes that ultimately cost the Cowboys their game against the Jets, but not only did Romo redeem himself against the 49ers, but he did it in incredible fashion. 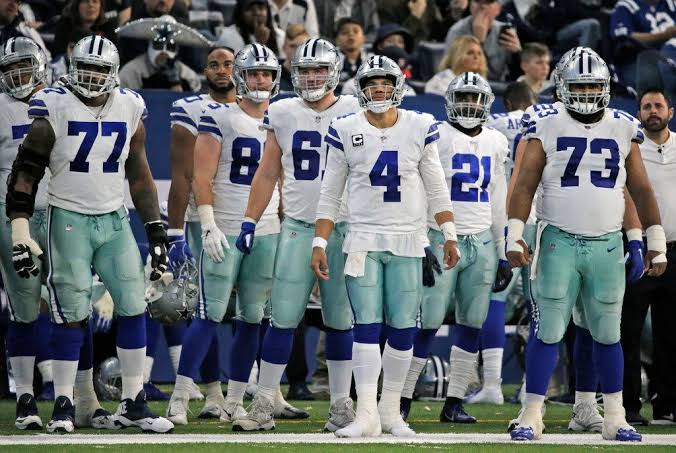 Dealing with a broken rib and a punctured lung, Romo showed incredible heart, toughness, guts, and stones to not just go back on the field, but also to engineer a 4th quarter comeback on the road in a must-win game. It remains to be seen if Romo can play this upcoming week, but if the Cowboys end up making the playoffs this season, the team can look back to Sunday afternoon in the bay area and thank their franchise quarterback for saving their season. Jerry Jones joined 105.3 the Fan in Dallas with Shan Shariff and RJ Choppy to talk about how important the win was against the 49ers, on Tony Romo’s play against the 49ers, when he knew that Romo was had a punctured lung, if he thinks Romo can play this upcoming week, and how significant the injury is to Miles Austin.

How important the win was against the 49ers:

“Well we needed to win that game, win a game period. We needed to win that game. We had been dealt the cards of two road games to start the season. Somebody has to do it and we did it. Two road games are tough back to back especially after the disappointment we had the week of the Jets. To come back and do it in that fashion I think is a character builder. I’m not only proud of the players, but I’m proud of Jason, the players and they just would not take no for an answer. They didn’t. I think it is something you can build. I remember my second or third year I was involved with the Cowboys, we had a big hallmark win in Washington that really made the difference and set the tone for several years to come. Wins or instances can do that and this may have been one of them. We had guys play from the beginning of the game, but we had guys play hurt. This Felix Jones injury is another one that should be noted. That’s the injury that Emmitt Smith had in the great game he played against the Giants that put us in the playoffs. Felix kept giving all his effort and that is to be noted as well.”

“I think you’ve gotta set the tone for the mood of what was going on when he came back into the game. It was pretty obvious the pain he was in to everybody. It’s pretty obvious the seriousness of the injury and the limitation of the injury but for him to take it at that moment, we all know what momentum does, we all know what mood is, and as a situation in the game we were really down and he let that inspire him. Not only his competitiveness but he just took it when we were down. It’s another thing to do it when things were not quite as dire. The fact that he was hurting, it was dire, he came in, will be one we can point to and build to. These things have a way of really being pointed to after a season, or after you’ve had the results of a season but if we have the kind of results we all hope to have we’ll point back to this and say this was a tidewater time for the team.”

When he knew about Romo’s injury:

“We knew it, actually we saw him move with discomfort right after he got hit. We have a phone that we use from our vantage point in the stadium and we call down there and told our guys, not the coaches, but told our guys that were there, said check Tony out. What are they saying about Tony? He didn’t give them an indication there early on but you could see a little bit of discomfort in the way he was moving around. It was a series or two before anybody really realized that he had had some discomfort there. If you really look back and look at it you’ll see him get up a little awkwardly.”

Whether or not Romo is going to be able to play this weekend:

If Miles Austin’s injury is worse than Romo’s:

“I’m probably pretty negative on Miles getting to play. It seems like we’ve been dealing with a lot of those soft tissue injuries this year and he was almost a game time decision although he knew the night before that he was going to play but we were letting him again make that decision. He had done a really good job of managing his hamstring and so when he said he could go we were glad to have him obviously. Bottom line is it doesn’t look good this week.”