When Jerry Jones decided to build a new state-of-the-art stadium in Arlington for the Cowboys, he was thinking about more than just his Cowboys. He was thinking about the big picture and trying to bring big events to Big D. This past weekend the NBA All-Star game was held in new Cowboys Stadium and it was tremendous success. Over 108,000 people showed up to watch the event on Sunday night, which was the most people to ever watch a professional basketball game. (Editor’s note: All the people watching must have been there as the TV ratings were down 15%!) The success of the All-Star game will no doubt lead to other events being held at Jerry’s palace. After such a successful All-Star game, Jerry Jones will have another chance to showcase his palace on March 13th for the Manny Pacquiao-Joshua Clottey fight.Jerry Jones joined ESPN Radio in Dallas with Galloway and Company to talk about the success of the NBA All-Star game at the stadium, whether or not he wants to keep Miles Austin in a Cowboys uniform and why he thinks it’s important to hold fight at his new stadium. 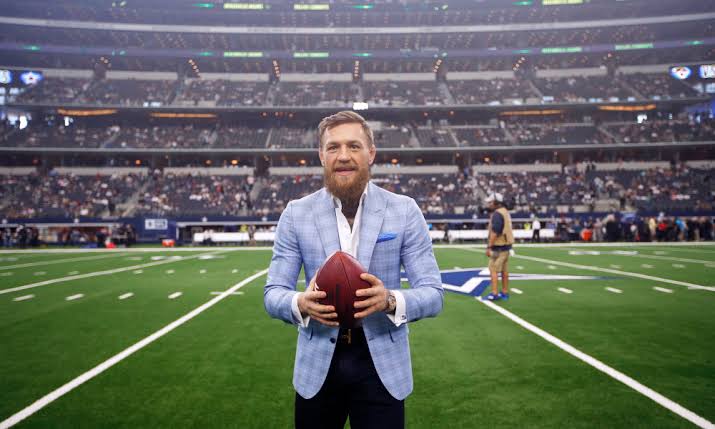 On the success of the NBA All-Star game:

“One of the things that I dreamed of and I didn’t know…I got up Sunday and I told someone that I’m as nervous, almost but not quite as a Cowboys game because we didn’t know. Randy (Galloway) we’re just evolving and learning how to operate and learning what we can do with our stadium. We’re so proud that we built it, but I told you I look at this like a tool or a tractor that now the effort, the energy and everything that is involved. To me, that was rewarding out there Sunday because the game, the event, the way that all our fans were involved in it, it did become something special. It’s rewarding when I read the players and I even had a couple of them e-mail me and tell me that they admitted playing at a level that otherwise they wouldn’t have played at just because they were before the greatest crowd in basketball history. Also, just the way the game can be seen by so many people there. I wish I could tell ya that I had known three years ago or five years ago just how this would work out but some of this stuff you have to see. I couldn’t have known some of the spice that’s in the stadium. I couldn’t have known how that digital board would’ve have played with basketball or with the Cowboys. There’s no architect in the world or designer in the world that can tell ya that.”

On how the uncapped year could potentially affect the status of Miles Austin:

“I don’t know. The uncapped year extends when players are free or when they have totally unrestricted ability to go to the market. It took four year players and now they’re six year players before they can totally go to the market. I don’t know what that impact will be but to the extent that we just are not gonna have Miles Austin any place but with the Dallas Cowboys. We need him. We’ve got a now time here. We’ve got players that are where they should be. First year, second year players that are now at a place where they ought to be. We’re not standing pat, we’re not smug, we’re not gonna be sitting here saying ‘well we gotta keep the ship steady and come back at it again.’ We got work to do, we saw that at Minnesota. Most importantly we got some work to do before we get to Minnesota so that we can have the game in Cowboys stadium. Long winded answer I don’t know how it’s impacted that. I do know it’s given us less of a challenge in terms of when he and players like him will be a free agent.”

On him never having a hard time handing out money to players:

“To a fault as you have mentioned and appropriately so. I wish I knew when to hold them and when to fold them. That’s a hard one. It may separate the men from the boys or the winners from the losers but by the same token I can tell ya right now that would be a no. There’s no way to not have Miles Austin as a Dallas Cowboy.”

On the possibility of having boxing in the new stadium:

“I’ve spent two days in Mexico. Mexico City and Monterrey and I was with Bob Arum. They are just such huge boxing fans. The biggest boxing fans in the world today are Mexican sports fans. That aligns beautifully with our fans and what we wanna do with the Dallas Cowboys. He’s revered, Manny Pacquiao is down there and he was voted fighter of the decade. My whole point is there I was, I was still heartbroke about not getting to play in the Championship game, but there I was talking it up because I knew what boxing could mean to our stadium. That’s the whole point. The stadium is glass and still and at the end of the day it just inspires you to put the events in it.”

On how many people they expect for the fight:

“We set that up. We set it up for 45. It’s gonna be so neat. We’re gonna drop that screen down about another 25 or 30 feet for the fight and it will be real neat. Again its kinda like the other night. I wanna see how this thing goes. We have a real advantage here. There’s such a Mexican interest in fighting and it aligns so good with where we are in North Texas. I could envision and Bob Arum could envision really some classic fights annually in the stadium. There’s gonna be a lot of fighters that our Mexican fans are going to be excited about. I really think we can be a special place to fight. I don’t even wanna mention the word. I knew it, I’ve been there and I watched Elvis Presley in Madison Square Garden when I was younger, but maybe we can be like Madison Square Garden when it comes to boxing.”