Over $1 billion dollars. Seating for at least 80,000 and up to 100,000.  Cowboys Stadium, also known as ‘Jerry World’, is one massive stadium that’s both impressive and controversial at the same time. It’s of course impressive in that it’s the largest domed stadium in the world. It’s controversial for several reasons, one being that a huge portion of the stadium was built with taxpayer dollars, a reality that’s hard to swallow for some considering Jones’ substantial fortune. The stadium is also controversial because of the scoreboard hanging from the middle of the field. During the Cowboys last preseason game, punts were hitting the scoreboard, something not seen before ever in the NFL.  Jones joined KRLD in Dallas to talk about the controversy surrounding the opening of his behemoth new stadium. 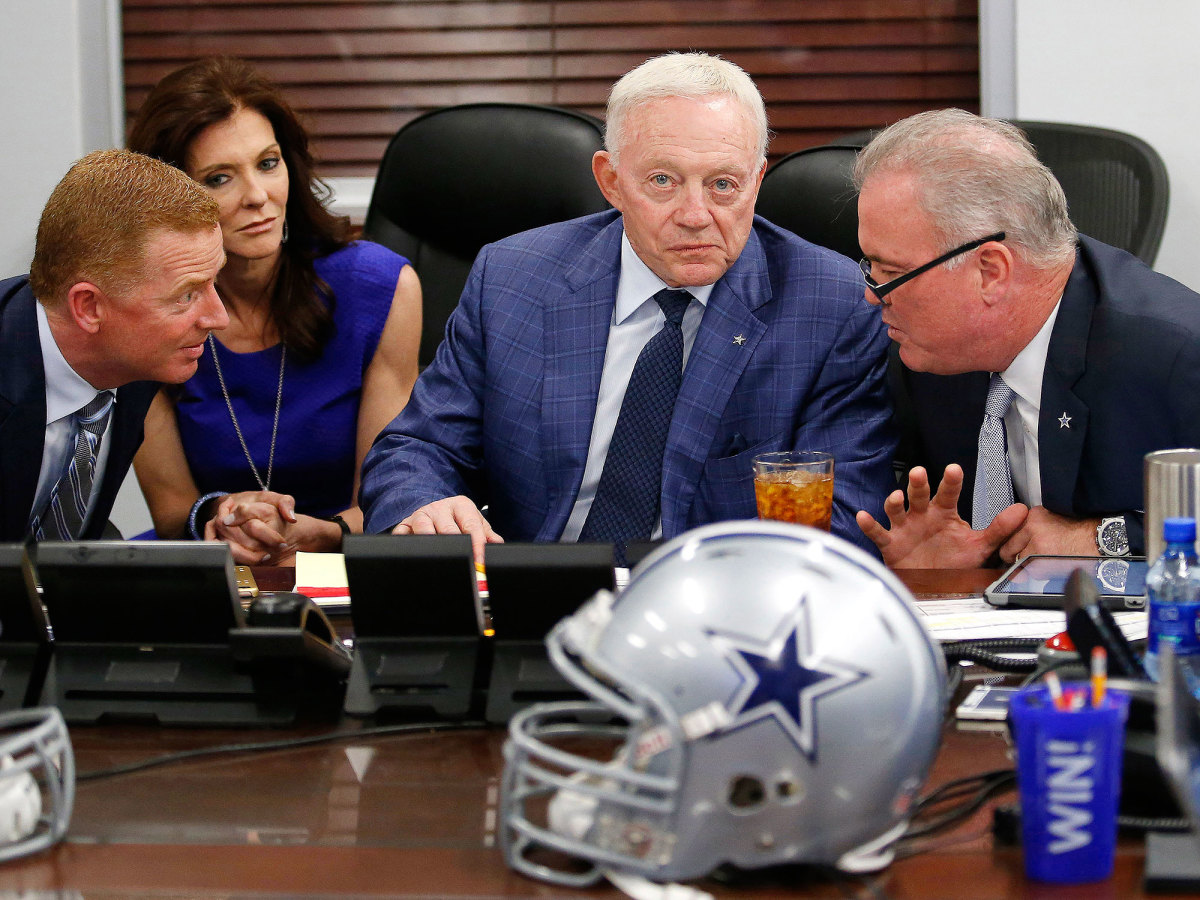 On the controversy surrounding the scoreboard and kicks hitting it due to its heighth:

“Well, first of all, in a competitive situation, it’s a little bit like a Home Run Derby in baseball. In the All Star Game you have players get up and hit the ball for home runs. And they don’t swing like that in regular competition. If they did, they’d probably strike out most of the time. So you’ve got to put this in a competitive situation. And we’ve spent tons and tons of time, lot of time, and lots of research in to where and how balls go. And I think the key is that in a competitive situation, we’ll be fine. I’m not saying the ball won’t hit sometimes up there, but it should be fine. As many of you know, you have 50 % of your balls that go directionally. Then you have other things kickers want to do with the ball – like if they kick it up in the air nowadays, they want it flipping backwards like a rugby kick, where the ball is really going end over end and coming back towards you.

So, lot of different ways to go. And my position has always been that we’re going to have one of the best places in the world to kick because kickers have to deal with rain, sleet, snow, wind. When they’re kicking in the wind, they have to drive the ball lower. And of course if you’re on a baseball field that has baseball played on it as well, you go from dirt to grass like we did out in Oakland. So it’s no new deal for kickers to adjust to the conditions that they play in. Also is the fact that we generally have a great place to kick the ball. And both teams have the same issue so you don’t have a competitive advantage there. The other thing I would really point out is when our observation, when we for instance built our training center, we spent a lot of time on how high kicks would go, because we wanted the roof to accommodate practice kicking in there as well. So we got a sense of how high balls go. So there was a lot of thought and obviously we visited with the NFL and adhered to the limit they put on it at 85 feet. We’re going to be fine.”

On if there should be a rule implemented about the scoreboard:

“That’s the thing, you don’t want to knee jerk too fast about what to do, if you do anything at all. You want to make sure everybody understands the ground rules, so to speak. And there’s so many things that rules do – and they’re thought out that way. You might be interested to know that it’s been visited before that we take face masks off helmets. And that way you would reduce neck injuries because that way, you wouldn’t stick your head in there as much. Human nature is that if your face is protected, you become really aggressive and use that head for something that it shouldn’t on football rather than the shoulders. So, there are lots of things that go in to rule making. But the main thing is we have an opportunity, and it’s recognized league wide, there’s never been a center-hung board like this going right down the middle of the field. And so if you just back off and use logic as to what would occur, you’ve got to put it in position to be seen, you’ve got to put it in position where it is high enough to take care of most of the activity that goes on. But most people who have ever kicked, could go out there and try to kick it and kick it.”