The screams you heard last week came from Yankees and Red Sox fans. That’s because Jered Weaver made the decision to forego the possibility of becoming a free agent in about 15 months to stay with the Los Angeles Angels through most of his prime. Weaver, who is represented by Scott Boras, surprised a lot of people because it looked like he was ready to cash in on his tremendous recent success. He was the American League starter in the All-Star game, he leads the American League in ERA with a skinny 2.10, he is only 28 years old, he is a Cy Young candidate, and the ace of the Angels. Those kinds of players usually end up cashing in with New York or Boston. 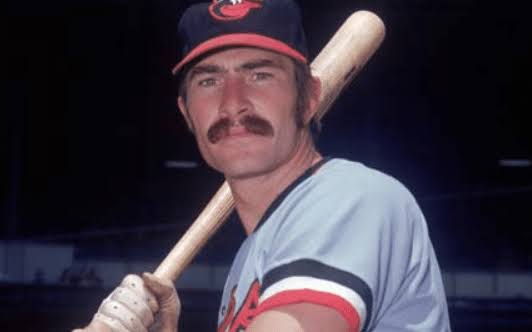 Weaver is a Southern California kid though that loves it in Los Angeles and while he could have  gotten huge money on the open market, he ignored his agent’s advice because he likes where he is. After dealing with a tough post-draft process and a tough go of it in arbitration, Weaver knows where he will be through 2016. It’s in his hometown of Southern California where he will form the best one-two punch in the American League with Dan Haren. Jered Weaver joined Fox Sports Radio with Petros and Money to talk about whether or not he took a hometown discount to stay with the Angels, if he wanted to avoid something dragging out like the post-draft process did, whether or not he thought about testing free agency, how concerned he is about the Angels lack of offense, and trying to win a championship like his brother Jeff did with the Cardinals.

Whether or not he took a hometown discount to stay with the Angels:

“I don’t know. I don’t know if I turned down anything or not. I guess we wouldn’t know that unless I went to free agency, but I’ve wanted to stay here and didn’t want to have it any other way. This is more money than I ever thought I would’ve made playing this great game. Money was never really an option. This was something that I wanted to get done. I wanted to stay here and Scott wanted the best for me. He was more than happy to get this deal done. I’m just excited that we were able to get this done.”

If he wanted to avoid something dragging out like the post-draft process:

“I didn’t want to do that. I didn’t like that process I went through when I first got drafted and didn’t want to have that happen again. When I found out that the Angels wanted to try and get something done I told Scott that I wanted to be here, I wanted to stay here, and I wanted to be a Southern Cal guy hopefully for my whole career. I love it here and hopefully this isn’t the last contract I get with these guys. We will see what happens.”

Whether or not he thought about testing free agency:

“Yeah I think so. There’s always that talk. Obviously one of my best friends in John Lackey went over to Boston and told me how great it was and stuff. You can’t help but think maybe I could end up there ya know? But I’m not a big fan of the limelight so to speak. I like to fly under the radar. I think Southern Cal and the American League West is a good way to do that. Obviously it would’ve been nice to go to free agency and see how that would’ve went down but like I said I wanted to get something done here. Just happy we were able to get it done in a limited amount of time.”

How concerned he is about the Angels lack of offense:

“I’m just worried about what I’m doing. They didn’t give me any inkling of anybody else coming in or whatnot. I’ve been here for five or six seasons now and we’ve been based on pitching. I’ve known that for the last five years and that’s the way it’s gonna be. It’s not something I go out there thinking about ‘am I gonna get some runs today or not?’ I’m just gonna go out there and compete and let the chips fall where they may. Just go about it that way.”

How much he wants to win a championship:

“That’s the first thing on my mind. I want to win a championship. It was an awesome experience to go through that with Jeff with the Cardinals. To go out there, shed some tears with him, and give him a big hug after it was done and they won it. I want to have that experience, I want to be able to do that, and I think we have a good team and organization to get that done. Obviously we put out a competitive team every year. We haven’t gotten to where we want to get to but it’s only a matter of time and there’s obviously some pieces we would like to have but we have a pretty good team right now. We’re keeping up with the Rangers for the most part and we’re gonna go out there and play Angels baseball and compete like we do every year.”