Jeff Gordon used to be NASCAR’s golden boy but not anymore.  Jimmie Johnson has taken that title away and has ran with it since his arrival on the Sprint Cup Series scene back in.  Johnson has forty-nine Sprint Cup victories and four consecutive championships to Gordon’s thirty wins and he won his last of his four titles back in 2001.  It was Gordon that recommended Hendrick Motorsports to offer Johnson a driver development deal with the potential of advancing to a full-time driver in.  I guess I could say, be careful for what you ask for because Gordon groomed Johnson so well, he might never get that elusive fifth Cup championship.  At one point, it seemed feasible that Jeff would catch Richard Petty’s and Dale Earnhardt’s record of seven titles but at the age of 38, Gordon can just about forget that milestone.  Sunday’s race was just a microcosm of what Gordon has been through since. 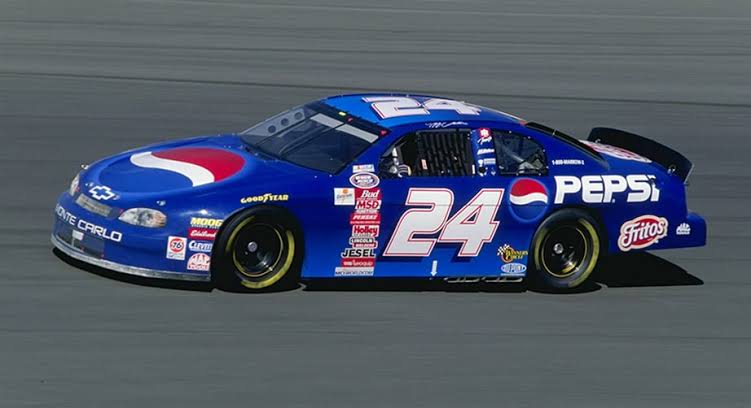 Jeff Gordon was the dominant force in Sunday’s race as he led 219 of 267 laps but he finished second.  It was Jimmie Johnson that ended up taking the checkered flag, which by the way is already his second win in just the first three races this season, on a gamble that paid off in the end.  The deciding factor in the race was during the last pit stop when the leading cars chose to change just two tires while Johnson took four.  Many questioned why Johnson’s crew chief, Chad Knauss, would change all four tires, at a point so crucial in the race, but that was the gamble they were willing to take.  Looking at in hindsight, I wonder why the other teams in the lead pack didn’t do the same?  Well I guess that is because they aren’t Jimmie Johnson and haven’t won four consecutive championships. Jeff Gordon joined XTRA 910 in Phoenix to talk about whether he sees a difference in driving this year as they are now allowing bump-drafting as they did in the past, what transpired on the last pit stop of Sunday’s race, and what the difference is in driving with two new tires instead of four.

What Phoenix International Raceway means to his team:

“This is a very important race because this race is in the Chase later in the season.  This first race is about us trying to get ourselves established, learn as much as we can, go out there and be strong so we have something to work with and have some momentum for when we come back because this race, this racetrack is a huge factor in the Championship at the end of the season.  It all starts with this April tenth race of getting yourself dialed in.”

Whether he sees a difference in driving this year as they are now allowing bump-drafting as they did in the past:

“Well I think that at Daytona we certainly saw some differences.  Bigger restrictor plate, cars are going faster, and the drivers were definitely more aggressive.  So we saw some great racing, some great battles, some great bumping.  I don’t think a whole lot has changed at the other tracks because we have always bumped and banged on all of those tracks.  We have seen some of the best racing that I have seen in a long time.  I think Goodyear is really doing a great job with our tires and the teams have stepped up with the ability of this car as well.  Everything seems to be going really well we were excited to have a dominating performance yesterday even though e came up short at the end it was still an attempt to build a lot of momentum around.”

Whether some of the drivers can be too aggressive:

“Well I mean every driver has a different style and usually the young guys when they come in with a little bit less experience.  They will tend to…  It takes them a little bit longer to find that edge.  Sometimes they go over it and make mistakes, but you have got to be aggressive and you also have to respect the young guys and their talents and what they bring into the sport because that is what continues to push the sport to the next level.”

On what transpired on the last pit stop of Sunday’s race:

“Yeah we had an incredible car.  We had great track position and we knew that we were going to have to be a little bit risky there at the end and try to maintain that track position.  I think looking back on it is always easy but had we taken four tires we certainly would have had a better shot at it, but I think the mindset was there was probably going to be a lot of cars that take two.  We will go back through the whole thing and revisit it when I have a debrief tomorrow.  I think that nobody is taking this loss harder than Steve Letarte because when it comes down to his calls the pressure is on the crew chief.  We win together.  We lost together and this guy is so talented.  That is what got us to the position that we were in is his hard work and the team’s hard work of the off-season.  Well, yeah, basically it comes down to that final pit stop and we peeled out there and decided to go with track position and take two tires and the forty-eight ended up taking four and it worked out much better for them.”

What it is like to drive with two new tires:

“Well believe it or not I think we might have had a chance to win with the two tires had we adjusted a little bit more on the car.  Two tires physically will tighten the car up and that is exactly what happened to me.  We took off there and we were able to hold him off for a good fourteen-fifteen laps but the car got so tight, meaning that the front end just stop turning through the corner.  That is where the four tires would have really paid off for them.  If we had been able to make a few more adjustments we might have had the balance OK and the tow tires might have paid off.  Second, third, fourth and maybe even fifth all took two tires so what is really incredible is that the forty-eight took four.  I think that most guys would have looked at that taking two and they took four and it paid off for them.”