Jeff Fisher On Vince Young’s Recent Comments: ‘He’s going to need to win a few games before he starts talking about the Hall of Fame.’
by Bunk

The Tennessee Titans season was one filled with both triumph and devastating defeat. The Titans ripped off 10 straight wins to start the year and eventually earned the #1 overall seed in the AFC by thumping the Steelers at home in Week 15. Veteran quarterback Kerry Collins shocked the world by resurrecting his play and career in Vince Young’s absence. The Titans then crashed and burned in the playoffs, losing at home to the Baltimore Ravens in the Divisional Round. Tennessee thoroughly outplayed Baltimore for almost the entire game, but costly turnovers did them in and the Titans run to the Super Bowl ended much sooner than their fans thought it would. The Titans should once again be stout in 2009. The running game should again be solid and perhaps even better. Lendale White has reportedly lost 40 pounds by kicking his tequila habit. The offensive line should again be one of the league’s better units. And finally, the defense and special teams should again be staples of a Jeff Fisher coached squad. Speaking of Fisher, the longest tenured coach in the league joined Fox Sports Radio to talk about his team’s first preseason game – a 21-18 victory over the Buffalo Bills – and about Vince Young’s recent comments. 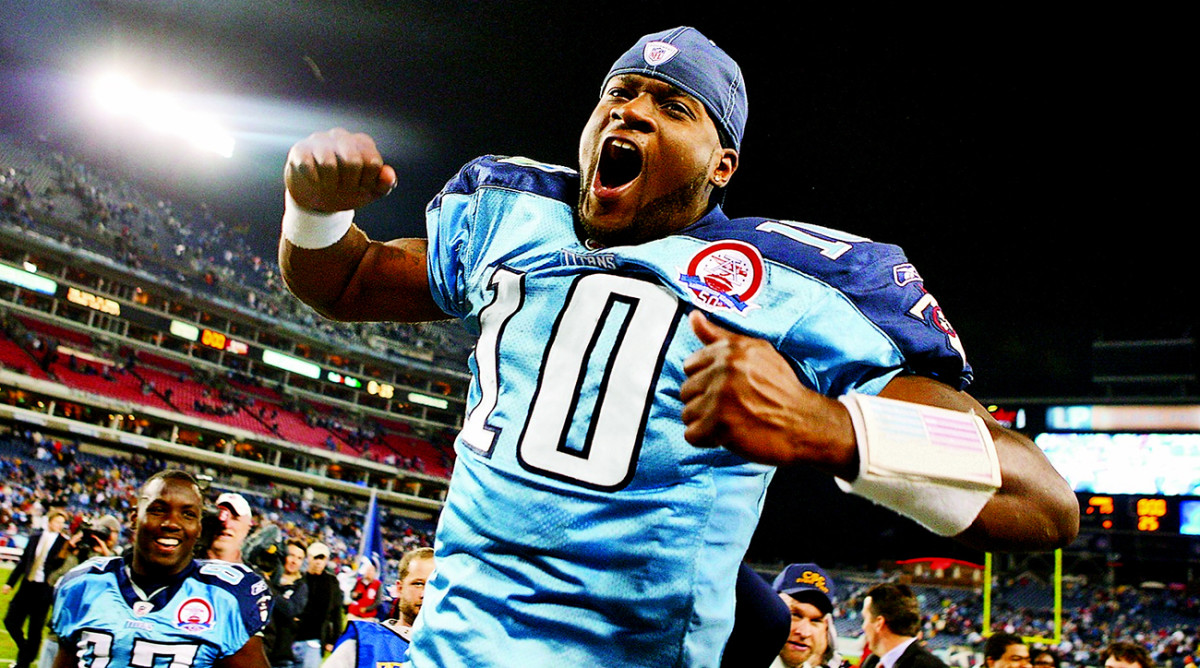 On quarterback Vince Young’s recent comments about winning a Super Bowl and being enshrined in Canton:

“You know, we drafted him to be our franchise quarterback and we haven’t changed off that. You know, we had an issue early last year and Kerry took over and played well. Kerry’s not a spring chicken but he’s certainly playing well and young and in good shape. So we’re going to..as long as Kerry’s healthy and doing what I expect him to do, then Vince is just going to continue to develop. And that’s not a bad thing either. But if I had a player on my roster that was content with not playing or sitting, I’d be concerned. You would expect they all want to play and that’s what motivates them and drives them. And that’s what motivates Vince. Vince has had a good offseason, he’s had a good training camp so far and he’s just going to continue to get better. Now, as far as his comments are concerned, I don’t know what the context was as far as how the questions were delivered. It was not yesterday that he was asked these questions, it was a month ago. And you know, everybody should have those types of aspirations. But, he’s going to need to win a few games before he starts talking about the Hall of Fame.’