It was the kind of contract that had a lot of people scratching their heads this offseason. Now that the season has started, Jayson Werth’s 7-year, $126 million deal is the kind of contract that could make a player go crazy under pressure. Werth isn’t particularly interested in entertaining such thoughts. The outfielder who went to Washington from Philadelphia has been a consistent hitter over the years, but many have wondered exactly what the Nationals were thinking in forking over that kind of money and for that length of time. 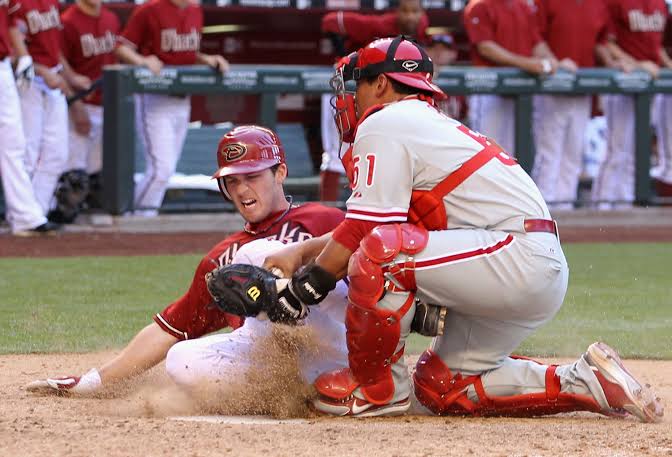 Now that they have, it’s time to produce. What do you think? At 31 years of age, will hitting about .275 with 25 or so home runs be worth the money?

Jayson Werth joined ESPN 980 in Washington D.C. with The Sports Fix to discuss his thoughts on the city of Washington, whether he ever thought he’d land there, the surprises since he’s arrived, batting second in the Nationals’ lineup, the pressure that comes with his new contract and how joining the Nationals is different than the Phillies.

His thoughts on being in Washington:

“Coming here over the last four years and spending some time in the city, it’s the nation’s capital, it’s one of the greatest cities in the world. It’s truly an awesome place. I’m excited to be here and look forward to the next seven years. Hopefully it’s more than seven years. I’m coming from a place that was very successful and I’m hoping to turn this place into something that is even more successful.”

Did he think he could possibly land here given the uncertainty of his future?:

“Not really. I didn’t have that mindset the whole year toward anywhere. I was just focused on the task at hand and my job. … I don’t really remember ever entertaining any thoughts of any city.”

Has there been anything been surprising since landing in Washington?:

“Plenty, yeah, of course, lots. … When you play against guys, you have a certain perception of them, especially the pitchers. When you get to know them and meet them and hang out with them a little bit, you get a different feeling for who they are.”

On batting second in the lineup:

“Right now, with the personnel we’ve got and where some of the other guys are in their careers, it makes the most sense. If you look back over my career, I think the last three years for sure, the most pitches per at bat and pitches seen, I’ve been right up there. If I wasn’t number one, I was two or three. So I see a lot of pitches and work the pitcher well and my on-base percentage is usually up there as well. I think batting me in front of (Ryan) Zimmerman right now makes the most sense.”

His thoughts on the pressure and expectations that come with a big-time contract:

“I’m aware. I’m aware of what’s going on. I’ve been playing in pressure situations and pressure ballgames my whole life. I don’t really foresee the idea of just because you sign a contract that anything changes. That doesn’t make a whole lot of sense to me. … I’m aware that the perception of me as a player has changed, for sure. At the same time, my perception of myself is pretty much the same.”

How much different is it to be playing in Washington than in Philadelphia, where the Phillies are a World Series contender?:

“It’s hard to say. I look at the situation I’m in now a lot like the situation when I went to Philadelphia in ’07. I was a free agent, I had many places to sign, I chose Philadelphia. It wasn’t the most popular decision at the time. … I saw the chance to go to a team that had a good young core group of players and a team that I thought could win really soon. When I came here to Washington, I really felt like it was a similar situation.”