Jayson Werth Cleans Out Locker in Philadelphia For Good?

Twenty years from now, when we think about the names that laid the foundation for the current run by the Philadelphia Phillies, the list will be long. Ryan Howard. Chase Utley. Jimmy Rollins. Cole Hamels. Shane Victorino. Jayson Werth. Now, with the Phillies bounced from the playoffs, that core group may wind up taking a hit. Werth, the Phillies’ rightfielder who hit nearly .300 with 27 home runs this season, is set to become a free agent five days after the World Series ends.Werth has been in the league since, but really launched his career in Philly over the last four years. He’s averaged 29 home runs the last three years and has a career batting average over .270. Oh, and his agent is Scott Boras, so don’t think for a minute he’s going to take a discount — hometown or not.Jayson Werth joined WIP in Philadelphia with Howard Eskin and Ike Reese to discuss what it was like cleaning out his locker after the postseason loss, how much he thought about whether that would be the last time he did it in Philly, the chances he’ll be back, how much of a factor it is to be with a team in contention for a title, his relationship with the fans and what it has been like to be a part of building the Phillies foundation. 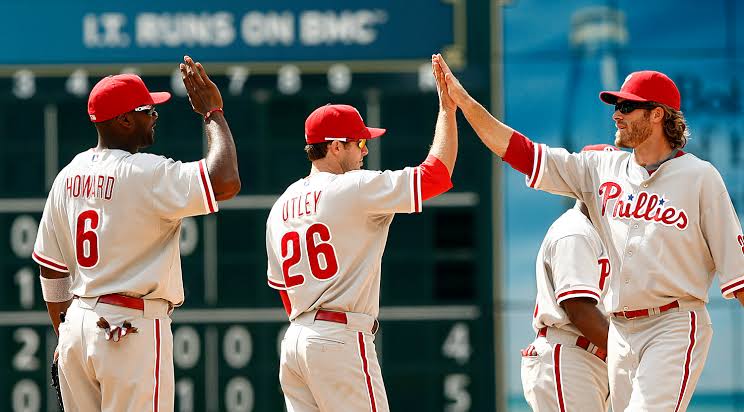 On what it was like cleaning out his locker this week:

“It’s depressing, disappointing, all the things you can probably [imagine]. I’m sure this was tough for everybody in the city to swallow, not only just for us, but I know everyone had high hopes this year and we were right there. We went through a lot, we got to where we needed to be. Obviously everyone saw it going differently and it’s been a weird couple days, I’ll definitely admit to that.”

On how much he thought about the fact that it could be the last time he cleans out his locker in Philadelphia:

“Those thoughts are starting to enter my mind. Really, they’ve kind of been the farthest thing away from what I’ve been thinking about because we’ve been so focused on our goals this year, what we’re trying to achieve and winning another World Series. I think we’ve always had tunnel vision and today things are starting to kind of come in perspective of where we actually are.”

On the chances he’ll be back:

“It’s too early to say. We’ll wait and once the World Series is over, then we get a chance to hear what the Phillies have to say and where they’re coming from and what they’re thinking. We’ll have a better idea of what our chances are. Right now, I’m optimistic, I’m open-minded, I’m hopeful. I said this earlier, there’s not another place out there where I’ll get a chance to play with guys that I’ve gone to war with the last four seasons and accomplished what we’ve accomplished and been through what we’ve been through. The chemistry of our clubhouse is obviously something that people talk about. It’s well-known that we all get along very well and play really good together. The formula works. We’re entering into some unknown territory for me here.”

On how much it will mean to be playing for a contender:

“It’s definitely important to me. I’m a guy who, I won a state title when I was in high school, I won a World Series, my summer league team won a World Series one summer when I was 16. I hate losing. I love to win. I don’t think there’s anything more important to me than winning. Going forward, winning will be high up there on the top of the list.”

On interacting with the Philadelphia fans:

“I think the right field fans, the people that sit behind me and on the side of me, all in all, great fans. They’re into it. It seems like they’re always the ones starting chants. Playing in Philadelphia, I think everybody’s aware that the fans are very boisterous and say what’s on their minds. You hear negative comments and people saying things or whatever, but that doesn’t even come close to all the positive stuff and all the good stuff you hear out there. I love the right field fans and hopefully they love me back and in the future, whether or not I’m here or somewhere else, I won’t get treated like Pat Burrell.”

On being a part of building the Phillies foundation:

“We’ve done a really good job of getting this club and this organization to where I think they wanted to be. We’ve done all the things that you could ask of somebody to do. There’s not a more successful club in baseball over the last four years. I’m very proud of that. I know all the guys are very proud of that. It’s something that we work very hard for. Moving forward, to not be here and not be a part of that and not be able to play with these guys and go to war with them on a nightly basis, of course it would be disappointing. Of course I would be upset to not get that chance, but the fact of the matter is that there’s 29 other clubs going to war every night. It’s a business and it’s something that I’ve put my entire life’s work in and it’s just all part of it.”