The New York Mets hit the least amount of home runs in baseball last season, so they were determined to address that need. From the start of free agency they had their eye on Jason Bay and decided to sign him and he is happy about it. There was much speculation as to whether Bay actually wanted to play in New York, but he has stated this is where he wanted to be all along. This is his first time being a free agent and he wanted to end up in a special place. New York is that special place. The Mets have lacked production from the outfield and Bay will be sure to help them. His 36 homeruns and 119 RBI last season led all major league outfielders and with Citi Field being a cavernous ballpark, he is sure to be a doubles-machine and a run-producer. Now that the Mets have bolstered their lineup, they are now going to concentrate on signing a new catcher and acquiring a legitimate starting pitcher. If they end up finding another starting pitcher that stays healthy throughout the season, the Mets should be able to compete with the Phillies because the Braves and Marlins sure won’t.Jason Bay joined WFAN in New York to talk about whether it was a hard decision for him to sign with the Mets, whether he is more prone to hit balls down the line, and whether he considers himself a home run hitter. 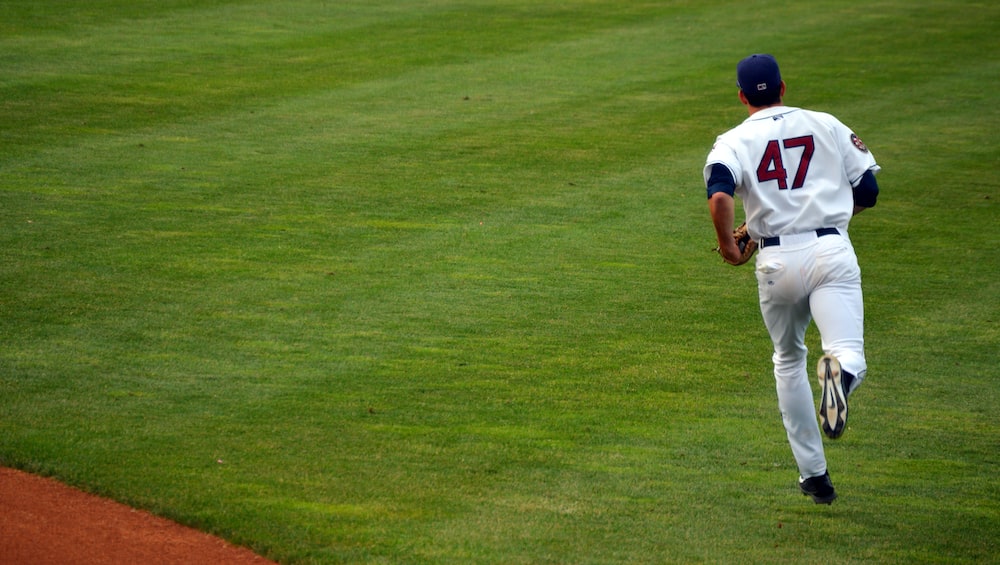 Whether it was a hard decision for him to sign with the Mets:

“Not really. Like I told the guys before I mean I sat down at the end of the season with my agent and we kind of looked around and saw the teams that had a need or a hole that I could provide then on that list of about three or fours teams and the Mets were one of them. Right from the get-go they meet it easy for me to want to come here. They pursued me pretty good, in constant contact. It wasn’t very tough to be honest with you.”

Whether he considers himself a home run hitter:

Whether he had to adjust to the media scrutiny going from small-town team to big market team:

“A little bit of both. It was an adjustment, no question, especially in my place like you said playing in Pittsburgh, different situation, and all of a sudden there was no grace period. Overnight I am in Boston in an interesting situation there. (Host: Replacing a great player.) Exactly. So I kind of come in, I am going to be honest with you, everybody was like you played in Pittsburgh can you play in a big market? To no fault of my own or anybody else’s I haven’t had a chance to do it so how are you going to know? I learned a lot about myself. Hey this is the same game but a little bit more magnified. I enjoyed it immensely. A big reason of me coming here was after having the fans and every game people are excited and all of that stuff. This is one of those places where it happens. I desperately wanted that feeling.”On players wanting to play in a city like Boston and New York where every out counts:“Yeah I think a lot of that stuff is from, especially in my case I was in Pittsburgh in that situation. If you never had it then you don’t know what you are missing. I got to Boston and immediately I was like ‘wow this is it’. This is the feel that you want to play everyday and with that it is not always going to be good.

Everyone knows that you can’t have your cake and eat it too. I mean it is pretty obvious. Boston, to be in that environment when the good are good and the bads are bad as a competitor maybe it is not for everybody. I enjoyed it.”Whether he chose New York so that he can play in a city where the fans are into every pitch:“I mean it was one of the reasons you know. Coming from Pittsburgh like I said I didn’t know what I was missing and all of the sudden I get that. I never had a chance to pick where I could go. It was that you were traded and that was that. Now that I have said all of my life that one of the factors is that I want to be on a good team and I want to play in a place where that atmosphere, not that you need it, but that atmosphere every night makes you want to be focused and all of that stuff and a better player. There is not a lot of places that you can get everything and this is one of them.”Jason Bay on WFAN in NY with Mike FrancesaTags: Bay signs with Mets, Big Apple, doubles hitter, Jason Bay, legitimate superstar, media frenzy in New York, New York Mets, Omar Minaya, outfielder