For the last few years the Kansas City Royals have put together a team loaded with prospects and hitting but they still haven’t made progress on the diamond. Something was missing and it wasn’t hard to see what it was. It was a lack of starting pitching. After a fourth straight 90-loss season the Royals decided to take a much more aggressive approach. Kansas City made a blockbuster deal with Tampa Bay in which they traded their top prospect, outfielder Wil Myers, for some pitching help in the form of James Shields and Wade Davis. The Royals didn’t stop there though. They also threw some money at pitcher Ervin Santana and brought the former Angels starter to KC in free agency. With two moves the Royals starting rotation will have a completely new look in. The key is Shields. “Big Game James” gives the Royals an innings-eater with experience pitching in big games, under a lot of pressure and while he may not be a true “ace” of a rotation, he does bring a veteran presence to a young, up-and-coming team. His addition gives the Royals a good shot of snapping their streak of 90-loss seasons. James Shields joined WHB in Kansas City with Soren Petro to talk about whether this Spring Training will be different for him being on a new team, on being the number one starter for the Royals, how things got turned around in Tampa, how he feels about pitching so many innings and where he was when he heard about getting traded to Kansas City. 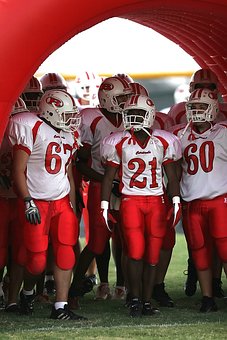 Whether this Spring Training will be different for him being on a new team:

On being the number one starter:

“Yeah I’ve had my share of Opening Day starts there in Tampa, but for me I’m not that type of guy who is like, ‘Hey I’m the number one guy and this is me.’ It takes all five guys (in the starting rotation) to win a championship. That’s one of the things that I really, really prided myself on in Tampa and I’m trying to bring over here, to create a new culture here it takes all five guys. Whether you’re starting game one or game five, you have to win ballgames to get to the playoffs. It’s not going to take one guy to get to the playoffs, it’s going to take all five and it just so happens that they’re going to slot Online me number one. For me, I’m going out there, I’m going to pitch my game and try to win some ballgames for this team.”

How things got turned around in Tampa:

“I was with the Devil Rays when we were wearing green man and losing 99 games per year and I definitely was a part of that change. I’ve been on the losing aspect of it and I’ve definitely been on the winning aspect of it. I know it can change, I know how to change it and obviously there is a process you have to take to get to where you need to be, but this team really reminds me of our ’07 team in Tampa. A lot of young talent, a lot of great young guys and guys who can actually compete in the big leagues day in and day out. All you really need is that good chemistry really. I walk through this clubhouse every day of Spring Training so far and every day that I walk in here I just get more and more excited about watching these guys out on the field. We have a great group of guys here and I think we’re going to have some success.”

How he feels after pitching so many innings lately:

“I feel great man. That just goes along with the work ethic. If you get yourself prepared properly for each and every season I think you will be fine. I figure myself as a young 31-years-old. I still feel really strong and still have a lot left in the tank. I’m good to go. All the haters out there, it’s all good. I’m still young.”

Where he was when he heard about the trade:

“I was at home in Clearwater. Andrew Friedman, the GM for Tampa, ended up calling me and let me know I was getting traded. It wasn’t really too big of a shock to me. My name was getting thrown out there for a year and a half . I was with Tampa for 12 years of my career, my whole career so obviously it was bittersweet but I’m excited to turn the page and start a new chapter in my career. Really show Royals fans what I’m all about.”