With the departure of Dennis Allen the Denver Broncos were looking for a defensive coordinator this off-season. John Fox elected to go back into the memory bank and bring back a familiar face in Jack Del Rio. The move reunites Fox with his first defensive coordinator from his Carolina Panthers days back in. Del Rio was last seen with the Jacksonville Jaguars in November. The Jacksonville Jaguars were fed up with their uninspiring play and fired Jack Del Rio. Now granted Jags owner, Wayne Weaver, had probably kept Del Rio on as a head coach despite the futility over the last few years because of his contract, but this man can still coach a defense. The Broncos defense played a big part in keeping the team in many games long enough for Tim Tebow to make a play. Del Rio will look to improve a defense that was already pretty impressive last season. Jack Del Rio joined 92.3 ESPN in Denver with Les and Jojo to discuss the good and bad that jumps out at him regarding the Denver Broncos defense, the young talent of the Broncos defense adapting to his scheme quickly, the Broncos biggest need on defense, John Fox having input on his defense and going from being a head coach to a defensive coordinator. 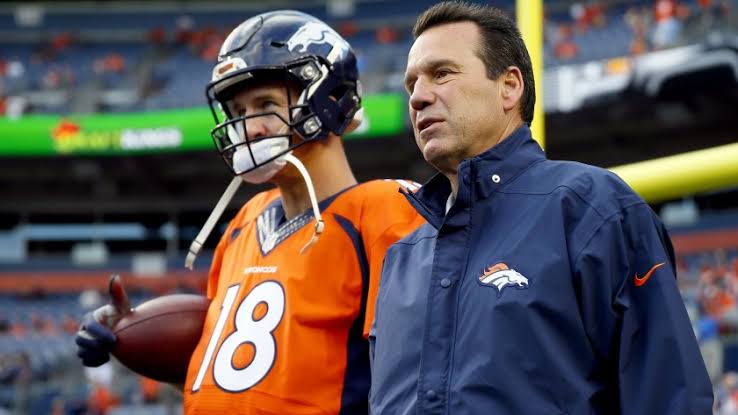 What have you seen out of your new players that jumps out at you? Good or bad?

“Well I’ve seen a little bit of both. I’ve seen some good and some that needs to be a lot better. I think the encouraging thing is the way the team grew throughout the year. I think  defensively we played better defense later in the year and felt like we could build on that and continue to grow.”

How do you feel about the young talent of the defense and how quickly they can play at that expectation level for them?

“Like I said there are some things we have to do better. There’s some things we did real well. I think for us right now we are just kind of grinding through the tape, looking at everything that was done here last year trying to do that while we are trying to get a feel for the talent level and obviously preparing for the potential free agency period that is coming, but our guys that we have? We need to know them well, so we’re kind of digging in and doing that and making sure we know our own roster first before we get into that phase. From my standpoint there is always teaching that can be done and that’s what we are going to do. We want to get with these guys and teach and have them on Sunday go out and be able to play fast. When game day rolls around we want them to be feeling good about what they see and making sure their eyes are where they belong and then they cut it loose and play physical and they play violent and they play where they are taking care of each other and those are the kind of things we are looking for.”

Do you have a feel yet of what the biggest need is on the defense?

“Right now there is a great need for me to learn exactly what they have been taught and even asked to do and how well they have been doing it, so I have been kind of focused on my part and then I am trying to evaluate all of them, so I’m a lot of eyes and ears right now, listening to the coaches who have been here and then using my eyes to form my own opinions based on what I see on the tape. Right now it’s a lot of information gathering.”

Whose defense is this? Is it more of John Fox’s or yours?

“Oh this is the Broncos defense. That’s how I look at it. Each year that’s what you need to do. You use the strength of the staff, so John certainly has a wealth of experience on that side of the ball and we welcome him to sit in at any time and share and give us any thoughts. He does that and did that in Carolina. He does it now, but we work at it together as a staff. What we are? What we will be going forward? We’ll be the Denver Broncos. It’s our defense and we all share in it, so it’s not about any one person or ego. It’s about all of us pulling together. There’s strength in numbers and that’s how we are going to approach things.”

How difficult is it going from a head coach to a defensive coordinator?

“I don’t really think about it much. I’m just plugging and doing my job. I enjoy working. I enjoy being around the guys. I enjoy the competition. I enjoy the evaluation part, so I’m really just digging in and getting to work. I haven’t really thought about how that feels. As coaches we really don’t think about how we feel much. That’s how we are able to work long hours.”