Isiah Thomas Thinks the Hatred Towards the Heat is a Good ThingAt the time he was playing in the NBA, Isaih Thomas was one of the best point guards in the league and will go down as one of the best point guards of all-time. Unfortunately people remember him most recently for what he did to the Knicks organization. As a GM, Thomas was horrible and has set the Knicks franchise back for some time.On the court though, Thomas knows all about playing the role of the bad guy. When he was with the Pistons, his team constantly went into the opposing arena with the bulls-eye on their backs and they were even given the nickname of the “Bad Boys.” There is a new team in the NBA that has taken on that role and it’s the Miami Heat. After stealing the spotlight this offseason, the Heat have come into the  season with a huge target on their backs and LeBron James, who was once loved around the NBA has now had to take on the role of the villain, just like Thomas did in Detroit.Isiah Thomas joined 790 the Ticket in Miami with Jorge Sedano to talk about whether or not he was surprised at how bad the Heat were in their first game together, what it is like to be considered the bad guy or the villain in the NBA, how tough it will be for LeBron James to adjust to the new role in Miami, and what happened this offseason with the Knicks. 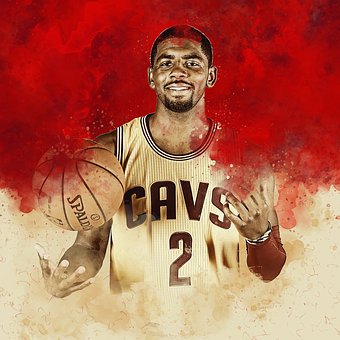 Whether or not he was surprised by the Heat struggling in game one:

“I’m not simply because I think there was such a mystery surrounding how they would play and how well they would play. We didn’t really get a glimpse of it in the exhibition season because Dwyane (Wade) was hurt. The questions weren’t really answered until they got home and they played Orlando. I think there was some mystery surrounding the team when they went up to Boston.”

On being the bad guy in other arenas:

“As a competitor and as an athlete it’s probably the most exhilarating feeling that you have outside of playing in the Finals. When the building is charged like that, the city comes to a stop, and you’re the hated team that’s coming in and it’s your job to make everybody unhappy in that building, it’s a great feeling and a great challenge when you can accomplish that. The electricity that this team will provide throughout the year in every city they go to, it’s something they will remember for the rest of their lives.”

On the Heat being hated:

“Hate is not a bad thing in sports. You need the good guy and the bad guy and not everyone can be the good guy. When you have the good guy matched up against the bad guy, that’s what we all want to see. We don’t want to see two good guys go at it. We want to see the adversaries and the rivalries. Right now I think it’s great for the NBA and it will be great for all these guys in their careers as time moves on that having a little hate and being a little despised that’s not bad all the time. That means that you’re pretty good, you’re touching people’s emotions, a little controversial, and you’re being talked about. That’s what sports is all about. It’s not about the good guy all the time. If they’re chosen as the bad guys that means they’re going to be on television a lot, they’re going to be written about a lot, and they’re going to win a lot of games.”

On who will be the toughest opponent for Miami:

“I think you always are gonna look at Boston in the playoffs simply because they have the experience, they will be playing on two or three days rest every game, they’ll also have the physicality to combat the athleticism that is being displayed right now. The other team is Orlando. You can’t discount what they’ve done the last couple of years winning close to 60 games a year and the emergence of Dwight Howard and his offensive repertoire. In the West I think you’re only looking at Los Angeles. I think everyone else will put on a good show but I think those three teams are the top challenges to what Miami is trying to do.”

What he learned being in college coaching:

“I learned that just like the NBA it’s all about the players. You get good players and you’re a good coach if you have bad players you’re a bad coach. What college basketball is about is recruiting and scheduling. You have to go out and recruit the best talent and you gotta make a schedule that fits the talent and as you’re trying to build the program and improve your base you gotta go out and galvanize the community. The most important thing is it’s about recruiting and scheduling.”

What happened this offseason with New York:

“I was offered the opportunity to go back and be a consultant with the Knicks and continue to help them build their basketball team and their franchise. I accepted the opportunity and I wanted to stay involved in college basketball. I did not want to leave FIU and leave what we started so I asked if I could do both. The NBA ruled I could not do both so I chose to stay at FIU.”